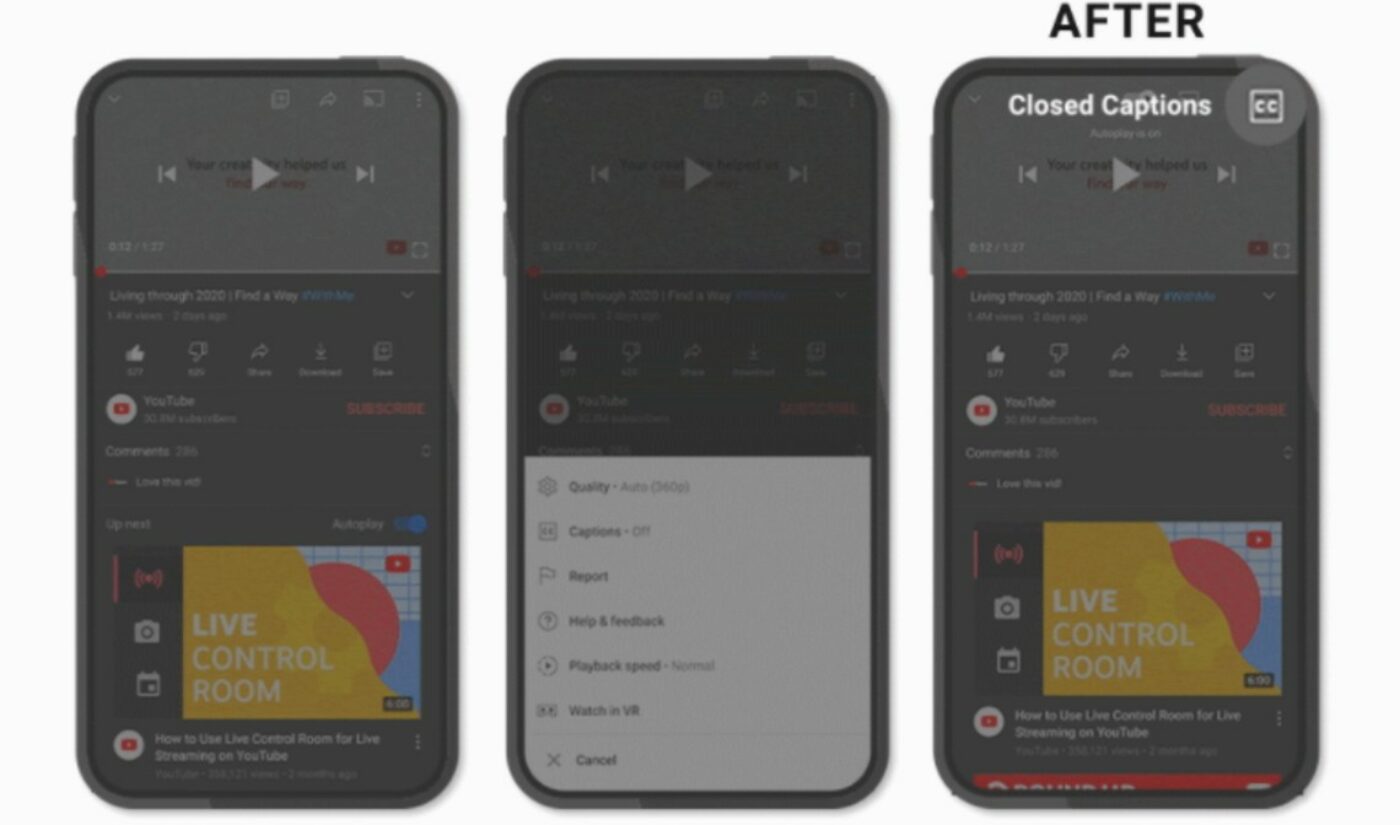 In a round-up on its blog, product manager Reid Watson shared that Chapters, which allow viewers to more easily navigate or re-watch sections of lengthier videos — will now include a list view. It can be accessed by tapping or clicking a Chapter title in the video player, YouTube says, whereupon a list will drop down of every chapter in a video complete with accompanying preview thumbnails — with the idea that the visual cues will make it even easier to navigate. (Chapters are created using creator-supplied timestamps, and formerly appeared exclusively via text in video description boxes).

YouTube has also moved certain features around on its player page, including the captions button — which went from a dropdown menu to its own prominent spot at the top right-hand corner of the player (pictured above). The autoplay toggle has also been moved to the top center of the player, enabling viewers to switch autoplay on or off while watching a video — a change that YouTube is testing for desktops as well, the company said.

Users will also be able to switch from seeing how much time is counting down on a video to how much time has already elapsed by simply tapping the timestamp, Watson said.

Finally, YouTube is adding new gestures to its existing offer, which already includes the ability to double tap to fast forward or rewind 10 seconds. Now, in order to enter or exit full screen mode, users can simply swipe up or down, respectively. And, going forward, Watson said, YouTube will roll out new ‘suggested actions’ — which prompt users to rotate their phones or play a video in VR in order to optimize the viewing experience when YouTube deems it appropriate.

The updates are rolling out on both iOS and Android today, Techcrunch reports.