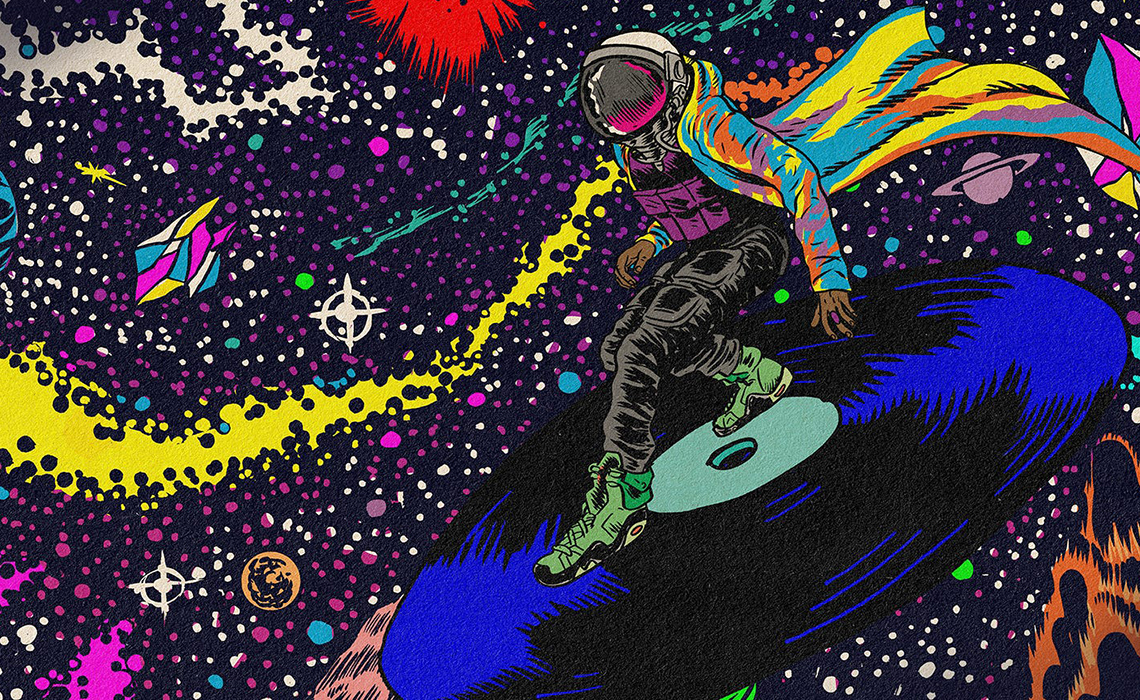 Insights: With Zoom And Its Many Competitors, We’re All Livestreamers Now

The COVID-19 pandemic and resulting lockdowns have had a lot of crummy impacts on life and culture, but they have also set off an explosion of innovation and expansion in the online video tools that are, imperfectly, bringing us together.

Perhaps more importantly, tens of millions of people who never cared about video phones, or an online presence, or livestreaming, or being a Twitch star, suddenly are spending many hours a week on teleconferences, as audience, participant, and even star. We’re navigating strange interfaces, performing our own technical support, and for many of us, trying to get a little more creative and engaging while we’re there.

Platforms like Zoom are becoming the next social media hot spot, and we didn’t really even realize it was happening.

I’m certainly Exhibit A in that regard. There are weeks when I’m using five or six different teleconferencing services, including custom ones such as Perigon tuned for handling large audiences watching small groups of speakers, with vendor exhibit halls, breakout rooms, and much else. I’m figuring out on the fly, frequently in front of a large audience, how to optimize my audio and video streams, dress up my backgrounds and appearance, and, oh yes, not sound (or look) like an idiot.

About every week for months now, I’ve been moderating conference panels and one-on-one conversations (next up, the last in “Season 1” of midday conversations for Let’s DEW Lunch on Tuesday with an exec at VR company Survios, followed by a panel on animation and streaming at the Bushwick Film Festival next weekend).

For Zoom, the platform I and many others use most frequently, I’ve taken to curating a revolving set of background images culled partly from the many emails I get from museums, art galleries, and music labels. I cue them up as appropriate for a specific meeting, or timed to pertinent events of the day, to provide a conversation starter or subtle commentary on what’s going on out there.

The L.A. Dodgers go to the baseball playoffs? How about a gorgeous black and white photo of Hall of Famer/folk philosopher Satchel Paige‘s hands holding a baseball? Travis Scott performs on Fortnite? How about those cool Zoom backdrops that his label Cactus Jack sent out? The Mandalorian wins an Imperial battle cruiser full of Emmys? How about one of those nifty Tattooine backdrops from LucasArts?

On more serious notes, I’ve posted classic images of jazz giants such as John Coltrane amid the racial justice protests, or haunting street graffiti saying “Our government did this” in the devastated downtown of Beirut, Lebanon. It’s all way more interesting than just showing the opposite wall of my second bedroom/home newsroom.

This week, Zoom took that modest amount of curation to a far higher level, announcing its own App Store, called OnZoom, an “event discovery and monetization platform.” The store is chock-full of what it calls (of course, but still, a bit painful) Zapps, not to be confused with Tony Hsieh‘s shoe site.

OnZoom will make it easier for people to find all kinds of non-business experiences, like cooking classes and stand-up comedy. That’s just great. For me, one of the few bright spots in the pandemic has been online access to everything from restorative yoga classes to author talks to comedy performances by Animal Crossing avatars.

All the creators behind those experiences now will have much easier access to Zoom audiences and to tools for ticketing, promotion, and the like. That should allow more of them to make money from their Zoom presences, while helping evolve Zoom to an even more essential, ongoing place in our lives as the pandemic grinds on and in-person events remain a risky endeavor.

The Zapps also will include plenty of business-minded apps, from usual suspects such as Atlassian, Dropbox, and Hubspot, coming from some three-dozen productivity companies. That prospect, and the potential for Zoom to become increasingly more essential to big companies around the globe, is why many analysts raised their target prices for Zoom stock, and the company’s shares hit new highs this week, after already rising 680% this year.

Amid all the business apps are some fun ones too, though, like Unsplash, which already provides stunning free images under Creative Commons for your computer screen’s wallpaper.

And, as The Verge pointed out, there’s also Kahoot!, which I ran across while guest lecturing at California State University-Northridge. The students in the class used Kahoot! for quick quizzes, polls, chat, document sharing, and more. Building those functions into Zoom will be most interesting to watch for a range of educational, and not-necessarily-educational, purposes.

I’m also interested to see what happens as other creativity-focused apps begin linking into Zoom, much as they might have done otherwise on YouTube, Instagram, or Twitch. Except now, for millions of us who never really thought of ourselves as an online personality or creator, Zoom is becoming our YouTube, Insta, and Twitch. The potential here is really fascinating to ponder.

About four months into the lockdown, Phil Libin, the former longtime CEO and chairman of Evernote, rolled out mmhmm.app with a puckish introductory YouTube video. Since then, the company has added a series of new features while stamping on the usual bugs and freezes typical of a free product still in beta.

This week, mmhmm delivered what the company said was its last major beta release, adding functions such as the power to wield a “laser” pointer. Better yet, no one has to lose an eye if you’re getting a bit too Luke Skywalker-ish with the mmhmm laser.

The company also is a different beast than Zoom, Microsoft Teams, Google Meet, Blue Jeans and the rest.

It simply layers more functionality (and often fun) atop any of those teleconferencing megaplatforms, providing nifty add-ons such as the ability to have a co-presenter, to post presentation materials in one corner of the screen news-anchor style, and to change the size, color, and location of your own face on screen (or to make it disappear).

Another startup, Scener, started out fixing one pandemic-related headache: enabling people to remotely watch shows together on Netflix, Hulu, and eight other services. But it’s just raised $2.1 million in seed capital to fix problems in another area: running big live events for huge audiences.

Scener already has been used for panels in this summer’s virtualized San Diego Comic-Con, and at Alamo Drafthouse‘s genre-film festival Fantastic Fest. Scener COO Joe Braidwood told me his company has been rapidly iterating, fed by experiences like trying to meet the wildly differing expectations of Fantastic Fest audiences.

For instance, with big movie premieres, Fest fans didn’t want Scener’s video chat to distract them from watching. But when it came to the midnight screening of slasher-film highlights, with ongoing commentary from an Alamo programming executive, video chat conversations were crucial to the experience.

Now Scener will further build out functions like its capacity for huge rooms (Braidwood said it can handle up to one million attendees, compared to Zoom room limits of 1,000).

Dressing up your face can be a Snap

Snap, the social media company, has taken an even more lighthearted approach to the teleconferencing explosion. Its free Snap Camera can dress up your video feed with the  dog ears, sparkles, and crowns you’d find on regular posts in its flagship product Snapchat. I don’t recommend the look for your next conversation with your boss about a raise, but perhaps it’s just the thing to dress up that Friday night Quarantini with the gang.

And even Zoom has some fun components built in. One function now being beta tested lets you change the color of your lips, add facial hair, and morph your eyebrows to ones that rival anything on the faces of Kim Kardashian or Anthony Davis. And its background filters add frames around your main image, including a vintage TV set that I like to include in streaming-video discussions.

Of course, in the middle of all this comes word that Google will kill off Hangouts next year. The company’s endless succession of video chat apps has had a higher mortality rate than guys wearing red shirts in Star Trek. You’d think the owner of YouTube might also get this kind of video functionality down. So far, though, Not Yet.

But have no fear, Googleophiles. With Hangouts’ imminent hangup, that still leaves approximately 1,337 Google video apps, functions, and widgets under the company’s wide, wide embrace. At least the pandemic hasn’t changed some things…