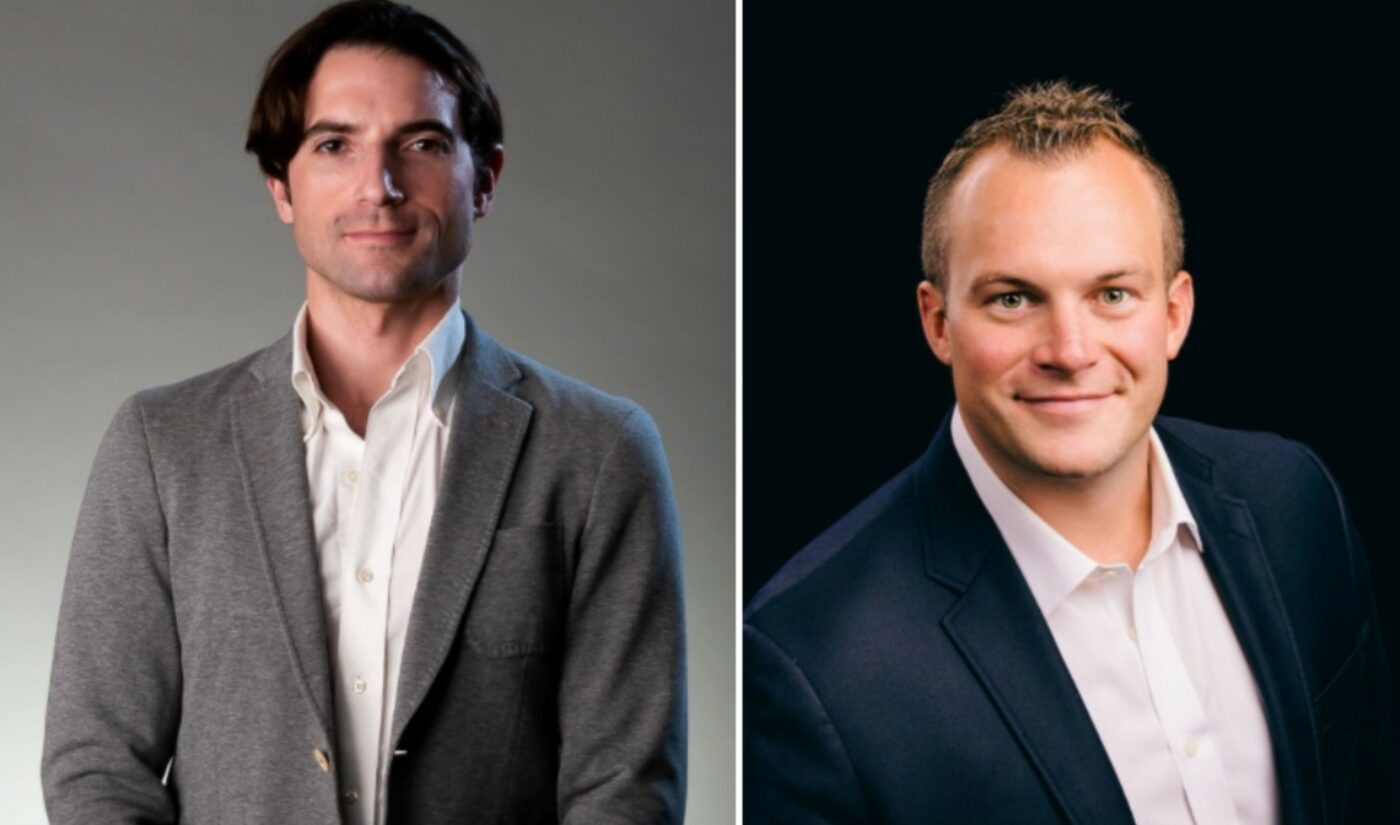 Studio71 has some brand new leadership at the highest echelons, amid a strategic shift away from its roots as a YouTube-focused multi-channel network into a more all-encompassing digital player.

The company announced today that co-founder and CEO Reza Izad will shift to the role of chairman, with the CEO position being dually filled by top execs Adam Boorstin (pictured above, left) and Matt Crowley (above, right). Boorstin currently serves as Studio71’s COO, while Crowley is ascending to the chief executive role from his former position as chief revenue officer. All of the appointments will become effective Nov. 1.

Boorstin arrived at Studio71 in 2015, and was tasked with expanding the company’s business beyond YouTube by forging distribution deals with the likes of Amazon Prime, Roku, and PlutoTV. In recent years, Studio71 says, off-YouTube revenues have more than doubled annually. Boorstin also leads Studio71’s two-year-old podcasting division, which counts over 100 shows that generate 30 million monthly streams. This marks Boorstin’s second promotion this year; in February, he was upped from chief business officer to COO.

Crowley for his part, joined the company in 2017, and was charged with generating cross-platform revenues for content partners, as well as overseeing multimillion-dollar upfront advertising commitments against Studio71’s content across YouTube, Instagram, Facebook, podcasts, and connected TVs. Since 2017, the company’s sales and partnership revenues have increased by double and triple-digit percentages, Studio71 says.

The leadership shakeup arrives amid the shift initially instituted last year, Studo71 says, which saw it move away from YouTube channel management and toward prioritizing three key business pillars: multi-platform distribution, advertising partnerships, and its own in-house productions. To this end, the company acquired 50 OTT streaming services in 2019, including Throttle.TV for auto enthusiasts, gaming and culture brand Level One, and kids gaming and animation hub Fun Zon. Subsequently, Studio71 launched a range of owned-and-operated short-form series on both Snapchat Discover and Facebook Watch.

That said, the company still manages roughly 1,400 YouTube channels — from comedy powerhouse Lily Singh to supermodel Naomi Campbell to beloved auto brand West Coast Customs. The company says both owned-and-operated and third-party content generates over 13 billion monthly views, and is on track to garner tens of millions of dollars in direct-sold advertising this year.

“When I co-founded Studio71, YouTube was the main way talent could build a video business,” Izad said of the leadership changes in a statement. “But the media ecosystem has expanded since then, and over the last few years Adam and Matt have done a great job evolving and scaling our business offerings, while pushing for the company to own more content.”