Digital Marketplace The Lobby Wants To Be “QVC Meets TikTok” 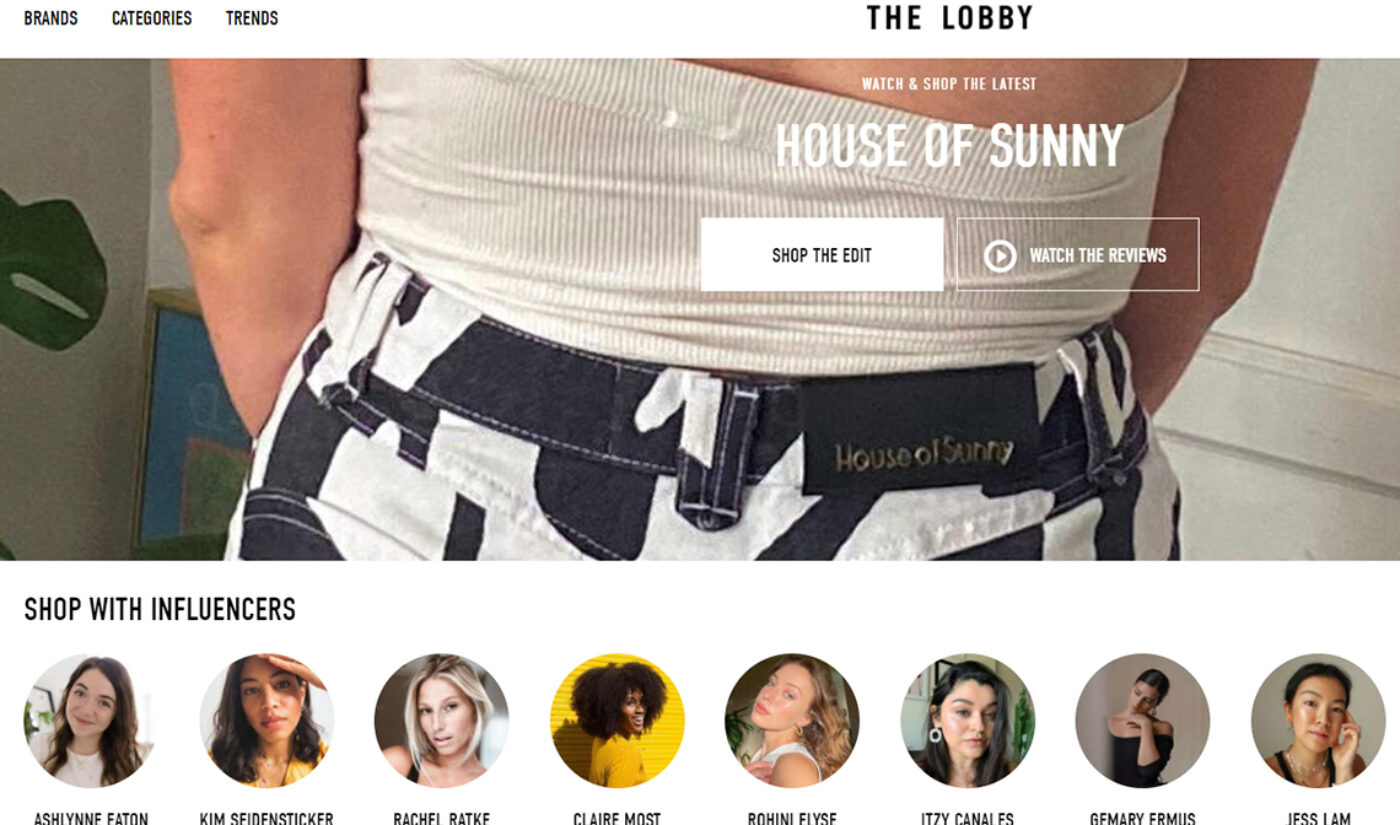 A new ecommerce entrant is billing itself as “QVC meets TikTok.”

Digital marketplace The Lobby, launched this week, uses racks of short videos to display various offerings from 30 clothing brand partners, including Girlfriend Collective, Solid and Striped, and Lunya. The twist: all of these videos are made by digital influencers.

Founder and CEO Abigail Holtz, a former Google Shopping product lead, told Business Insider that The Lobby decided to center itself around influencer-driven marketing after observing how people’s online and brick-and-mortar shopping habits have changed during the pandemic.

“We sensed people needed and wanted normalcy and connection, and they would love to go to stores with their friends but they can’t,” she said. “We thought a lot about how do we recreate that feeling. It clicked that we should work with influencers and content creators to do that.”

As such, all of The Lobby’s items are fronted by videos from its lineup of 40 influencers, a roster that includes folks like Ashlynne Eaton (148K subscribers on YouTube), Claire Most (68K followers on Instagram), and Tiffany Wang (82.3K on Instagram). Tap on a video, and the participating influencer will tell you about the product’s features while wearing it.

The Lobby also offers an Instagram Stories-esque shelf on the top of its site where visitors can click on individual influencers to see their latest video. While a video is playing, a side panel pops up, letting users add the item to their cart without pausing the creator demonstration.

Holtz told BI that The Lobby gives general guidelines for what to include in videos–demonstrations of how pieces fit and suggestions about styling them, for example–but other production decisions are largely left up to creators, most of whom film lo-fi in their own homes. Some, like Lexie Lombard (401K on YouTube), talk directly to the camera while handling items, while others, like Rachel Ratke (36.5K), silently film themselves wearing products, then add voice-overs about the experience.

One thing the company does ask is that creators keep their videos between 30 and 90 seconds long. “We landed on shortform videos because we felt especially with how TikTok has ushered in video, we really liked how it was bite-size and quick,” Holtz explained.

She added that The Lobby is filling a gap in the digital shortform space because TikTok has been slow to roll out ecommerce features that could benefit both brands and creators. “TikTok is not shoppable and it’s not really optimized for a shopping experience,” she said. “There’s not a ton of fashion content, though they’re definitely making a push to have more, and fashion influencers are only just starting to get onto TikTok.”

It’s not clear if or how The Lobby’s creator partners are compensated. Tubefilter has reached out to ask and will update this story with any new information.

Correction: An earlier version of this story erroneously referred to The Lobby’s founder/CEO as “Lauren Holtz.” Her name is Abigail Holtz.