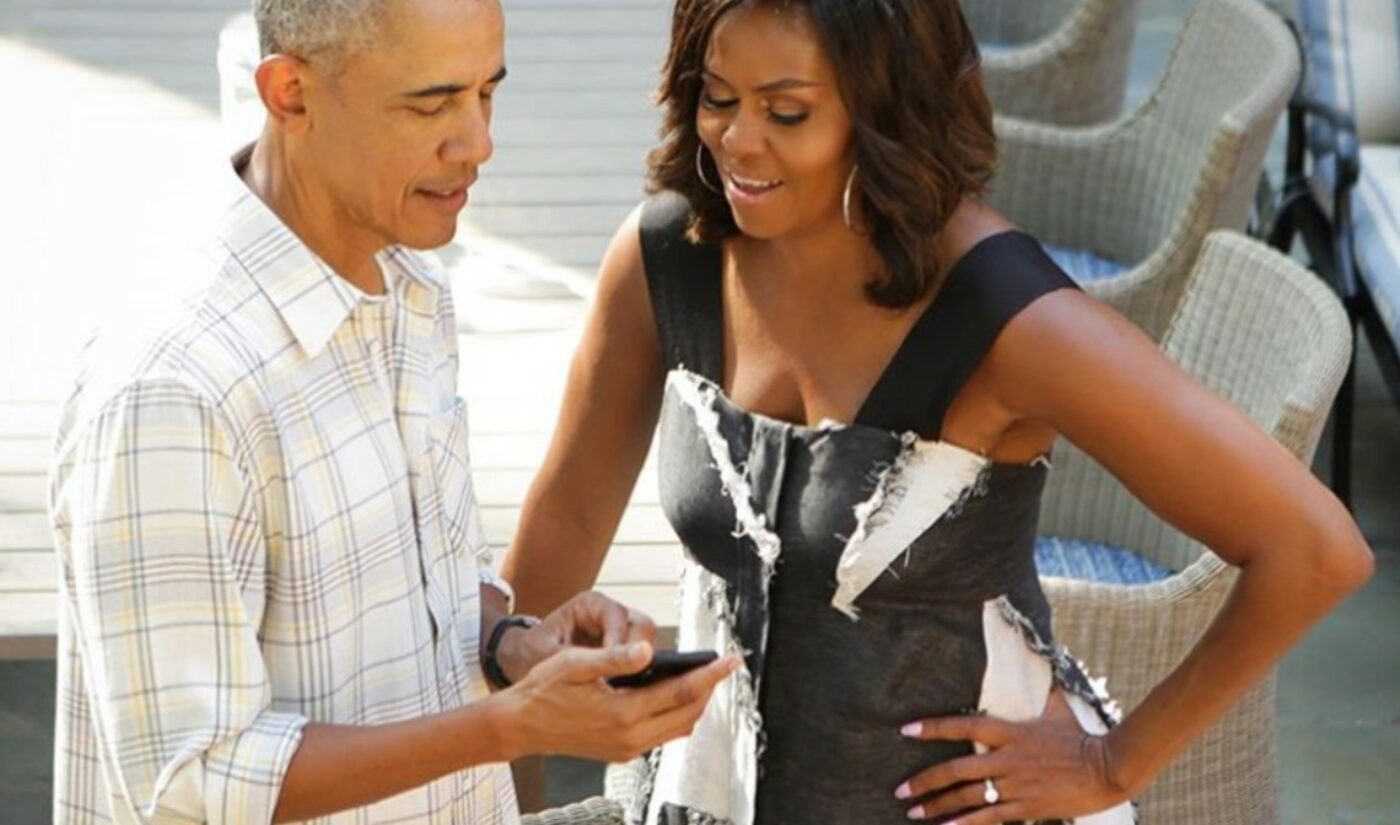 Community, a buzzy platform that enables creators and celebrities to connect with their fans via text message, has onboarded one of the world’s most prestigious figures.

Yesterday, President Obama shared his Community phone number — (773) 365-9687 — and encouraged fans to text him about what’s on their minds, and how they’re planning to vote ahead of the November elections. (If users attempt to call the number, they will receive an answering machine message from Obama, noting he prefers to text). After sending the initial text, users receive a link prompting them to enter their contact information and opt in to Obama’s Community, where he’ll be sharing his own political and personal musings.

Community says its point of difference from other platforms is that it enables creators to engage with audiences directly, without the interference of a social algorithm. Creators can filter their messages to respond to followers in a specific location, write to fans on a one-to-one basis, or blast out mass missives. The platform also isn’t ad-based, meaning that creators pay a monthly fee — ranging from $100 to several thousand dollars — to operate a Community account.

“The ability for thought leaders to reach their audiences in a direct and meaningful way has become more important than ever,” Community founder and CEO Matthew Peltier said in a statement. “We’re seeing increased demand on all levels, from President Obama to local business owners across the country, because they all want to have a deeper connection with their communities.”

Community, which launched in July 2019, says it has amassed thousands of creators (the company refers to them as Community Leaders) — including social video stars like David Dobrik, Larray, Dude Perfect, Cassey Ho, Philip DeFranco, and more. The company says it has a total of 20 million members currently texting these Leaders.