Ninja Returns To The Platform That Started It All — Twitch — In Exclusive, Multi-Year Deal

After a short-lived foray onto now-shuttered Mixer, Ninja is returning to the platform that started it all.

The 29-year-old, whose real name is Tyler Blevins, has signed a multi-year, exclusive streaming deal at Twitch — with his first stream kicking off today at 3 pm ET. The specific terms of the deal were not disclosed.

The move marks a return to form for Blevins, who rocketed to fame on Twitch roughly a decade ago thanks to his Fortnite skills, ultimately becoming one of the platform’s most popular stars with 15 million followers. Blevins is also widely credited with helping esports forge into the mainstream thanks to co-streams with Drake, magazine covers and talk show appearances, and high-profile endorsement deals and product launches. Blevins’ shocking, landmark deal with Mixer last August also set into motion a slew of other agreements, whereby competing platforms sought to snatch up gaming personalities for exclusivity.

“I am excited to get back to streaming full-time and connecting with my loyal fanbase,” Blevins said in a statement. “I really took my time to decide which platform was best and Twitch has been very supportive throughout this process and understanding my overall career goals. In this next chapter, I’m going to make it a point to elevate and bring more eyes to underrepresented creators.”

Michael Aragon, Twitch’s SVP of content, added, “Tyler is an iconic force in the gaming community, and it’s been amazing to see the impact he’s made on the industry and broader culture. Gaming — and the people who love it — are being recognized by a broad mainstream audience now in part because of Tyler, and we know he’s just getting started.”

Blevins’ deal with Twitch was brokered by Blevins’ management at Loaded as well as legal counsel at Loeb & Loeb.

You can check out a teaser that Blevins shared on social media ahead of his debut this afternoon right here:

A new chapter, only on @Twitch pic.twitter.com/cv2qFFFI0p 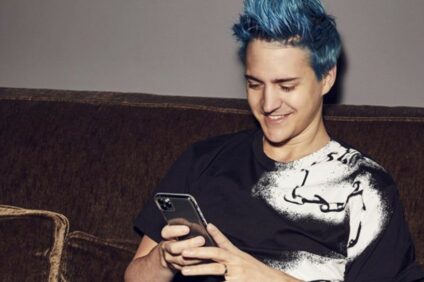