TikTok Millionaires: For Sarah Schauer, “YouTube Is My Full-Time Job, But TikTok Makes Me Really Happy” 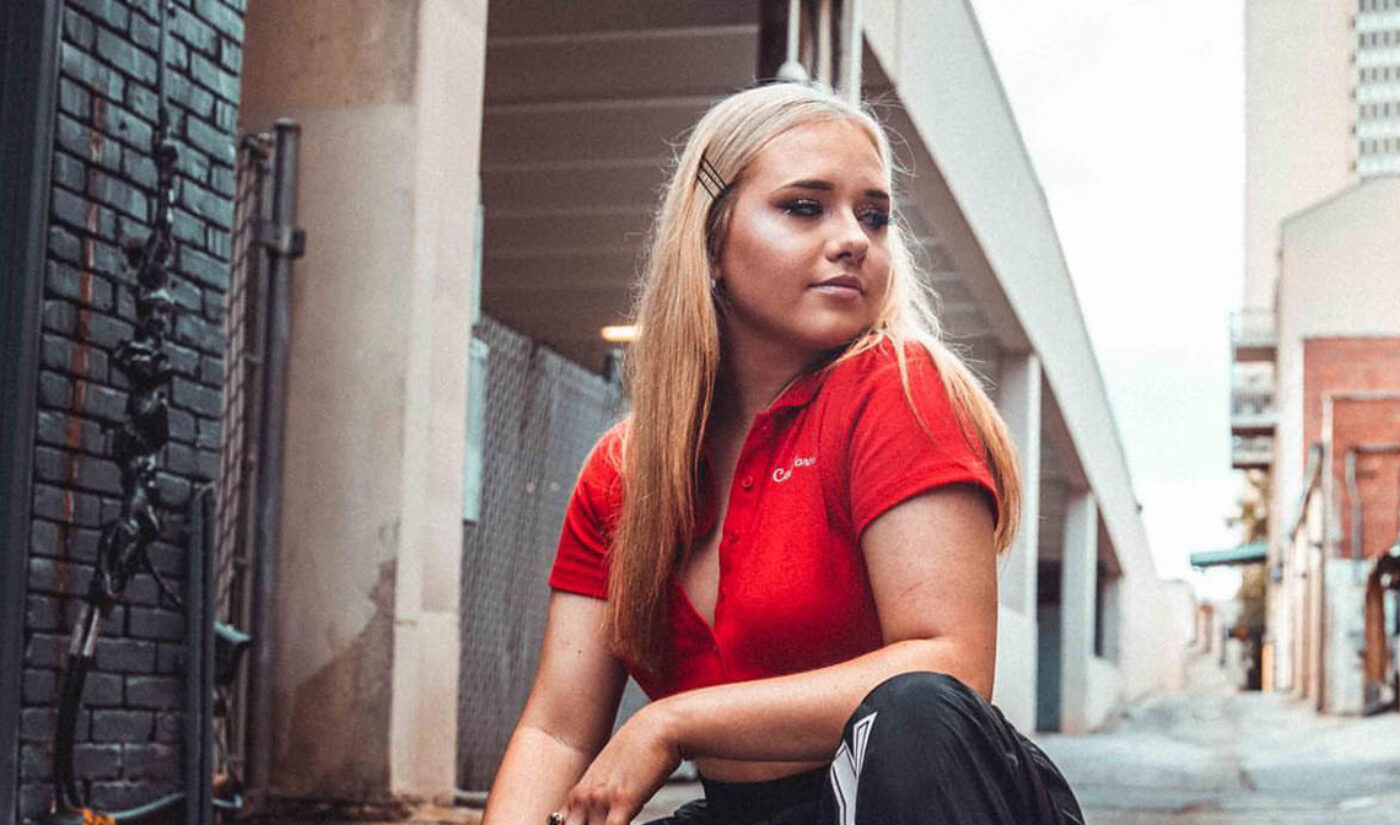 Welcome to TikTok Millionaires, where we profile creators who have crossed the one million subscriber mark on TikTok. Each week, we’ll chat with a newly minted Millionaire about their life, their content, and their creative goals for the days to come. Read previous installments here.

Once upon a time, it seemed like Vine would become Sarah Schauer‘s career. She amassed nearly one million followers with a series of videos about the inane, obnoxious, and sometimes downright dumb questions waiters put up with on a daily basis.

But then Twitter abruptly shuttered Vine, and Schauer, like millions of other creators, was left adrift. She turned to YouTube, learning long-form content on the fly in uploads about reacting to her old Vines, being alone on Valentine’s Day, and ruining everything. Her channel has since grown to 355K subscribers, and her weeklyish lifestyle/comedy videos–often featuring her roommate, fellow TikTok star Brittany Broski–have become her full-time job.

You may have guessed, however, that they are not her only creative output. Schauer joined TikTok on a whim last year, with a type of content fairly unique to the platform: point-of-view videos. Installments feature creators face-on to the camera, talking and reacting as if viewers are in a situation with them. (Think a lo-fi version of A Heist with Markiplier.) In one of Schauer’s most popular clips, the viewer is her airline seatmate who was very, very deeply asleep when snack-and-drink time came around. “Oh my god, you’re alive!” Schauer gasps. “When the stewardess came around with food, we both tried shaking you awake. I even administered CPR…with tongue…so…we did kiss. But it was terrifying!”

While YouTube is still the bulk of Schauer’s digital career, her daily TikToks make her “really happy,” she says. The platform has become a quick way for her to put out the kind of snappy, funny content that secured her a spot as one of Vine’s stars.

Sarah Schauer: It feels unreal, I didn’t even hit one million followers on Vine. I’ve been on the internet for a while, and this is the first time, on any platform, that I’ve reached that milestone. To my fans, I would have to say: Thanks for sticking around and for not thinking I’m old.

Tubefilter: You’re one of the first Vine stars we’ve spoken to who’s transitioned to TikTok. For you, what are the most prominent differences between TikTok and Vine? Do you prefer one over the other?

SS: The main differences are obviously longer video allowance, filters, and audio options, but I’d say the main difference for me personally is that TikTok allows for more marginalized communities to get recognition. Vine was great, but TikTok’s algorithm is amazing at giving a voice to smaller creators and communities.

Tubefilter: How and when did you first find out about TikTok? What made you decide to join?

SS: I joined TikTok last September, so about a year ago. I posted this funny POV on my Twitter and was like, fuck it, let me try to post it on TikTok, and that video blew up.

SS: Starting off on YouTube was tough. To go from six seconds to ten minutes, not to mention learning how to edit. I do like YouTube, though, because it allows my audience to get to know me better–there’s not this overwhelming pressure to be brief.

Tubefilter: When did you start collecting TikTok followers? Was there one specific video that went viral or hit the #foryou page and brought people in, or has your audience been growing steadily over time?

SS: I started gaining TikTok followers immediately. The first POV I posted blew up, and a lot of people were commenting, “Oh my god, you’re back!” or “I remember you from Vine!” I gained 100K followers in the first week. As for my audience growth over time, I’d say that’s been pretty steady. I go in and out of creative periods, and my audience growth increases when I post more.

SS: I just go down the list of what’s trending on YouTube and try to come up with ideas based around those topics, but make it my own. For TikTok, there’s usually a funny phrase or concept that sets me off, and I brainstorm an idea for about an hour, then film and post it.

Tubefilter: What’s your favorite part of making content on TikTok?

SS: The audience. I love when people engage with me. When I post POVs, people give me more POV ideas in the comments, and sometimes it’s like we’re working off each other.

SS: TikTok is quick, you don’t need to invest a lot of your time. When you watch a YouTube video, you have to sit down and actually designate some of your time. As for Instagram, the algorithm is horrendous for discoverability, so finding good content is difficult.

Tubefilter: Have you worked on any collaborations with other creators or any sponsored content with brands? Do you have any brands/products of your own?

SS: My roommate, Brittany Broski, and I film a bunch of YouTube videos together, you should check it out. However, with COVID, I don’t really feel comfortable collaborating with anyone else. As for sponsored content, most of my YouTube videos are sponsored; I’ve never done a brand deal for TikTok.

SS: It takes me about an hour to come up with and execute an idea. I try to cram as much as I can into a minute video, they’re supposed to feel unhinged. However, the longest part of production now is adding captions to my videos–I really, with TikTok, would add captions. I know there’s third-party apps that add them, but sometimes I speak too fast and all the text comes out wrong.

SS: So many creators inspire me! At the moment my friend Rohan, @rohanramdin, is probably my greatest source of inspiration. He and I are writers–well, we write out our ideas beforehand–and you can really tell how hard he works on his videos. I would definitely recommend checking him out.

SS: I’m just going to keep on posting! YouTube is my full-time job, but TikTok makes me really happy. I’m in my dream career at the moment, and if it doesn’t work out, I’ll go back to copywriting, which I love. But for right now, I’m posting and chilling.

Schauer is managed by Zach Cole at Slash Mgmt.