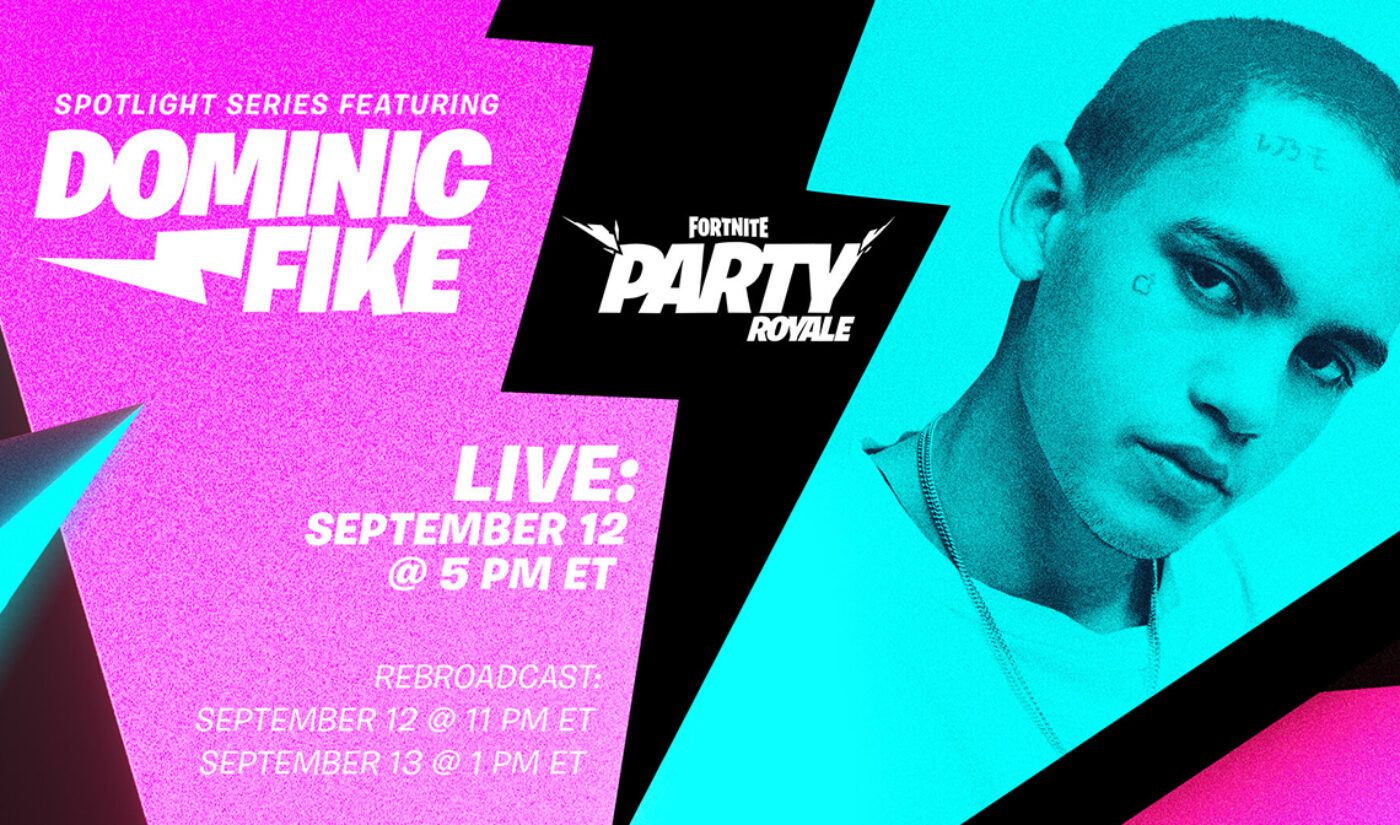 Having established a track record of attracting millions of viewers to virtual in-game concerts featuring the likes of Marshmello and Travis Scott, Fortnite is launching a weekly series of live music performances.

The Spotlight concert series is intended to help musicians connect with their fans at a time when in-person shows aren’t possible, Epic Games head of global partnerships Nate Nanzer told Variety. “We’re creating this platform to work with artists–big artists and up-and-coming artists,” he said.

Spotlight kicks off Saturday, Sept. 12, at 5 p.m. Eastern with a performance from rapper, singer, and songwriter Dominic Fike. His show, and all other Spotlight concerts, will broadcast as a free in-game event at Fortnite’s Party Royale map. The location is combat/crafting-free and separated from the main island; since its introduction in April, it’s served as the spot for concerts and screenings of Christopher Nolan films.

Nanzer said each show will be produced live from a studio in Glendale, Calif., which will later be set up with Epic Games’ video game maker Unreal Engine. That’ll allow future Spotlight concerts to feature immersive visual effects like those seen in Scott’s performance earlier this year (embedded above).

Like it did with Nolan’s film screenings, Fortnite warned content creators that Spotlight concerts involve copyrighted material, and those who want to share their experiences with viewers should “refer to your channel’s platform policies for tips on how to avoid copyright strikes.”

Fortnite has two more Spotlights planned for the weekends of Sept. 19 and 26, but participating artists are under wraps for now.

As Variety notes, around 116 million of Fortnite’s 350 million players will not have access to Spotlights. That’s because ongoing legal issues between Epic Games and Apple have seen the game yanked from the latter’s App Store–and without updates for their devices, existing iOS players are shut out of new events. The two companies are currently mid-lawsuit, and it’s not clear if or when Fortnite will return to the App Store.