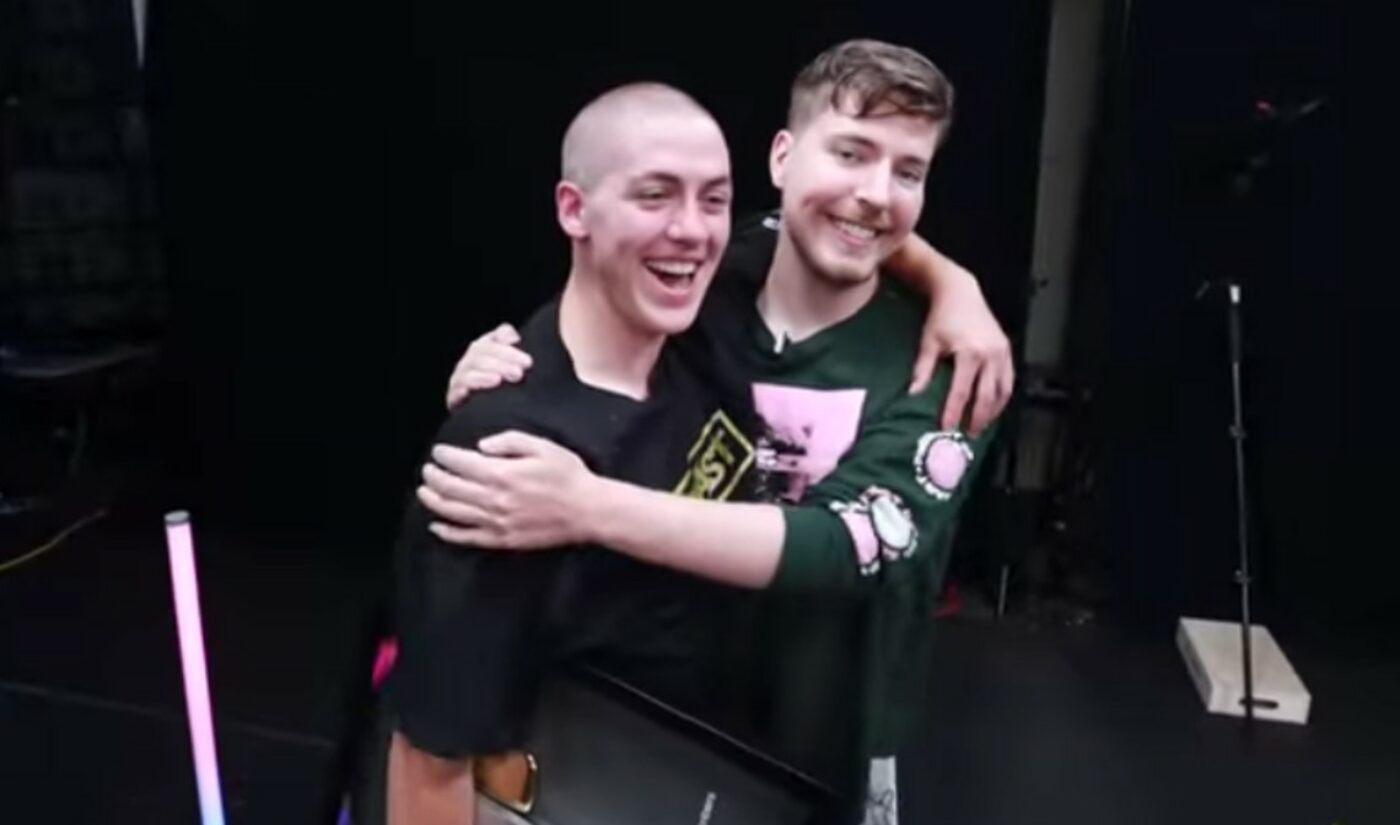 MrBeast’s latest seven-figure giveaway had nothing to do with money at all. Instead, for his latest stunt, the YouTube monolith — whose real name is Jimmy Donaldson — sought to gift one up-and-coming YouTuber with 1 million subscribers.

In his most recent video, which has already clocked 16 million views in roughly a day, Donaldson challenged four small YouTubers to place their hands on his Diamond Play Button, with the last man standing receiving a shoutout from Doanldson at the end of the video — which he surmised could very well garner as many as 2 or 3 million subs.

During the challenge video, Donaldson also tasked each of the contestants with tipping essential workers huge sums of money and destroying cars — all things he has done on his own channel en route to 43 million subscribers. And after more than 40 hours with their hands on the Play Button, a winner was ultimately crowned: a creator named Zealous who launched his channel three years ago, and who shares challenge videos and other stunts that aren’t dissimilar to Donaldson’s typical YouTube fare.

The other participants in the contest were PrettyBored, Isaiah Photo, and Unnecessary Inventions.

Last month, Zealous said he made $730 in ad revenues. With his current 1.7 million subscribers — and counting — those figures are bound to skyrocket.

You can check out the contest in full right here: