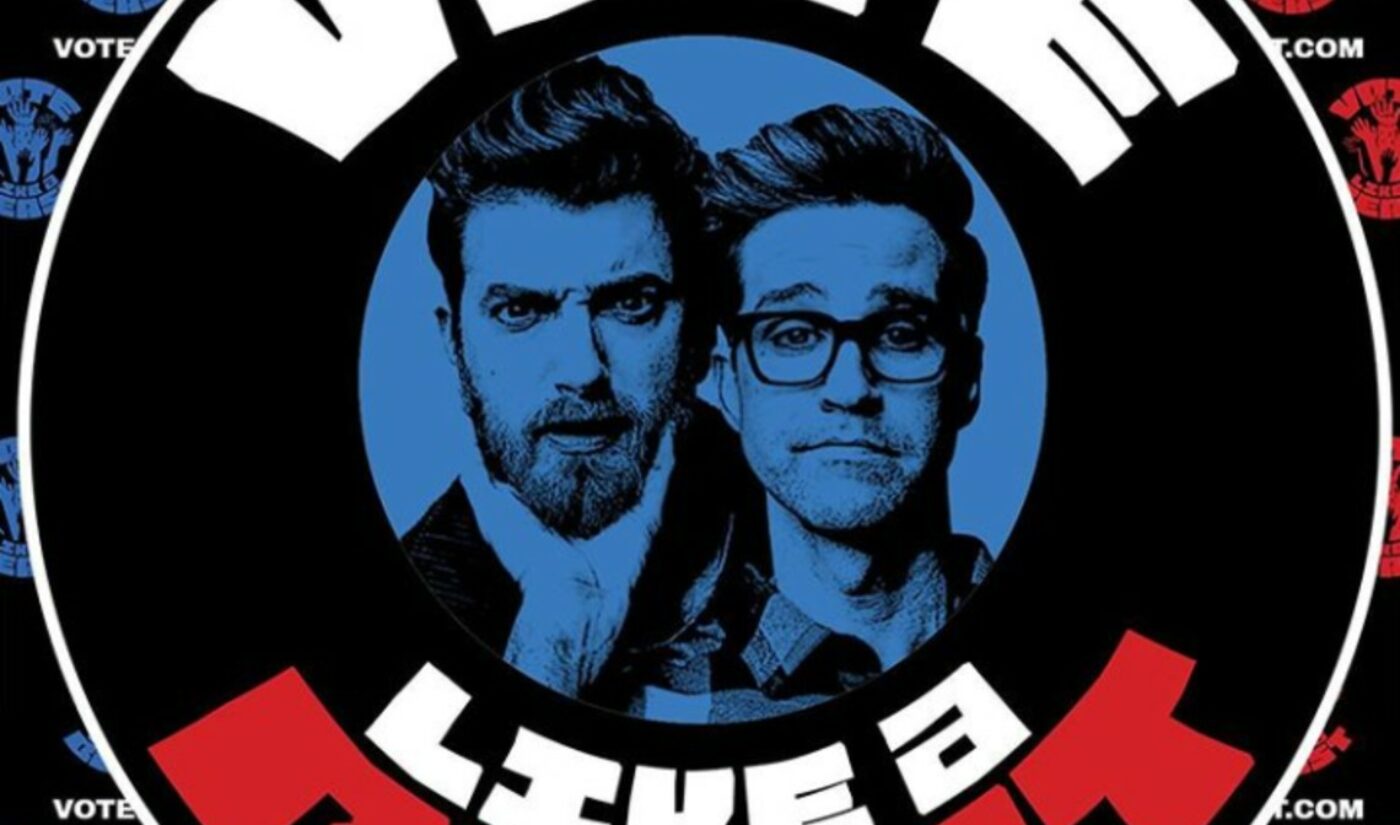 YouTube talk show duo Rhett McLaughlin and Link Neal are encouraging their legions of fans to vote in the 2020 election with a new registration and education campaign called Vote Like A Beast — a nod to the fact that McLaughlin and Neal have dubbed their fan community ‘mythical beasts’.

The effort marks the duo’s first nationwide voting initiative, and will live on a proprietary website. The hub comprises non-partisan information on issues and candidates at the national, state, and local levels, as well as mobile-friendly tools — powered by Vote.org — that help visitors check their registration status and register if they haven’t yet done so. The site also encourages users to fill out the 2020 census.

“To vote like a beast means to go beyond being registered and ready to vote,” reads the site’s mission statement. “It means being informed about the candidates running for office and using that knowledge to make sure your voice is heard on the issues you care about most.”

The campaign will also be promoted prominently across McLaughlin and Neal’s flagship talk show, Good Mythical Morning, as well as other Mythical video and audio programming through Election Day. As part of the campaign, McLaughlin and Neal are also selling Vote Like A Beast merch — ranging in price from $3 pins and $25 T-shirts — with 100% of all profits going to voter advocate nonprofit Vote.org. The guys are also encouraging fans to spread the word on social media with the #VoteLikeABeast and specially-designed profile pics, overlays, banners, wallpapers, and other digital signage.

You can check out the Vote Like A Beast campaign announcement below: