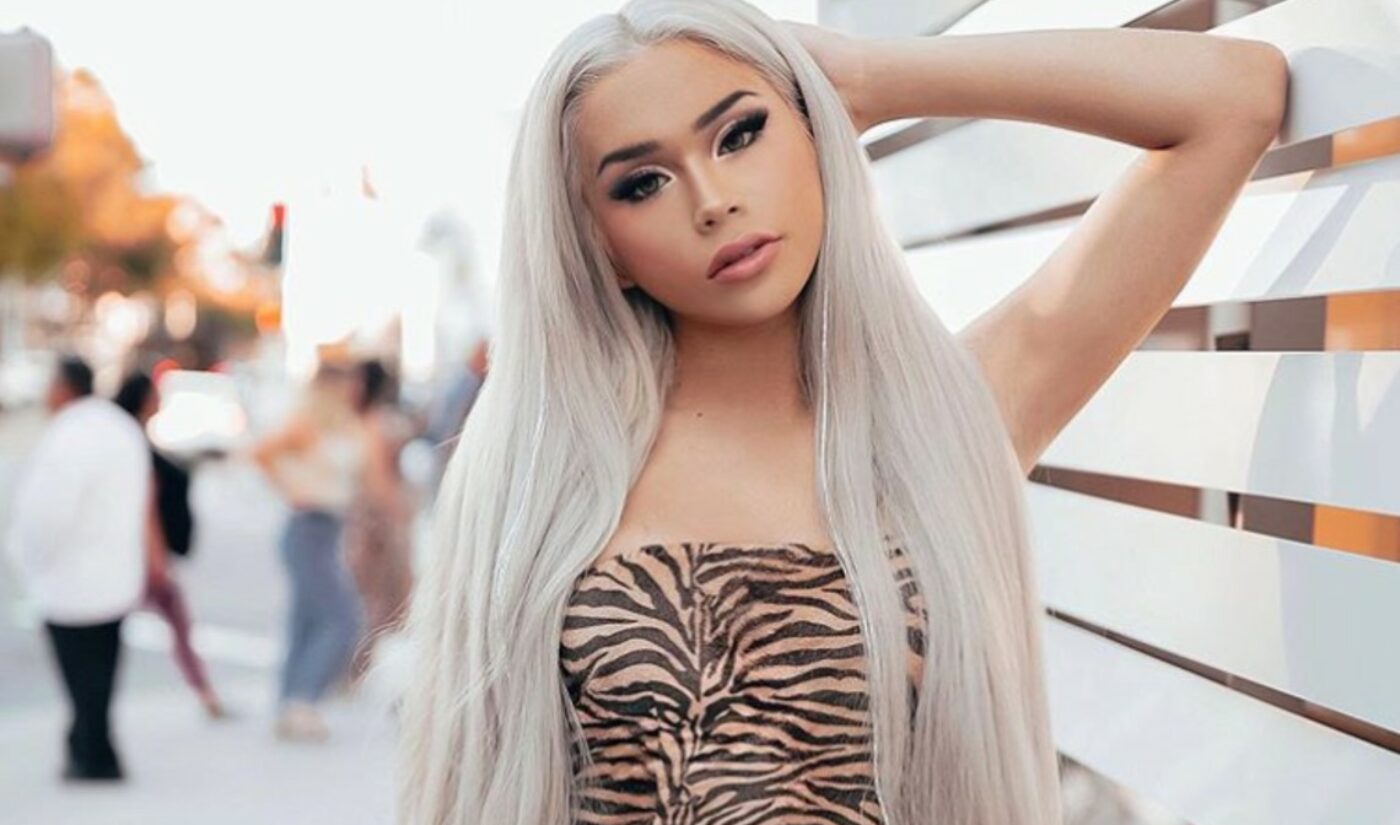 Two suspects have been arrested — and one is still being sought by police — following a brutal attack against three trans influencers of color early Monday morning in Hollywood, which was caught on camera by one of the attackers.

Carlton Callway, 29, was arrested by the Los Angeles Police Department in relation to a robbery and hate crime, reports CBS Los Angeles, following the incident that involved YouTube personality Eden ‘The Doll’ Estrada (pictured above, 291,000 subscribers) and two of her friends and fellow influencers: Joslyn Flawless (73,000 Instagram followers) and Jaslene White Rose (109,000 followers). Another suspect from the attack named Willie Walker — who police recognized from cell phone footage of the event — was also arrested on extortion charges.

“The group of three transgender women were viciously attacked on Hollywood Boulevard,” Deputy Chief Justin Eisenberg said at a news conference yesterday, per CBS. Detectives also said they worked with the local LGBTQ community to track down suspects, and that such crimes against the transgender community have been occurring for a long time. “What was particularly callous about these crimes was the actions of the onlookers,” Eisenberg added.

Police are still seeking a third suspect, Davion Williams, who is wanted for assault.

The three women were robbed while waiting for an Uber, whereupon onlookers began yelling out transphobic slurs, prompting further attacks. Estrada told CBS that one of the assailants took their cell phones, wallets, and purses as a crowd of people recorded the incident while laughing and taunting the women — and failing to step in or call the police.

Yesterday evening, dozens of protesters marched down Hollywood Boulevard in a show of support. And thus far, a GoFundMe account to help them cover legal fees has raised $28,000 of a $30,000 goal.

“I know that I’m so privileged because I am a YouTuber and because people know who I am, but this happens all the time to women like me who aren’t on social media,” Estrada told CBS. “We need this to stop.”