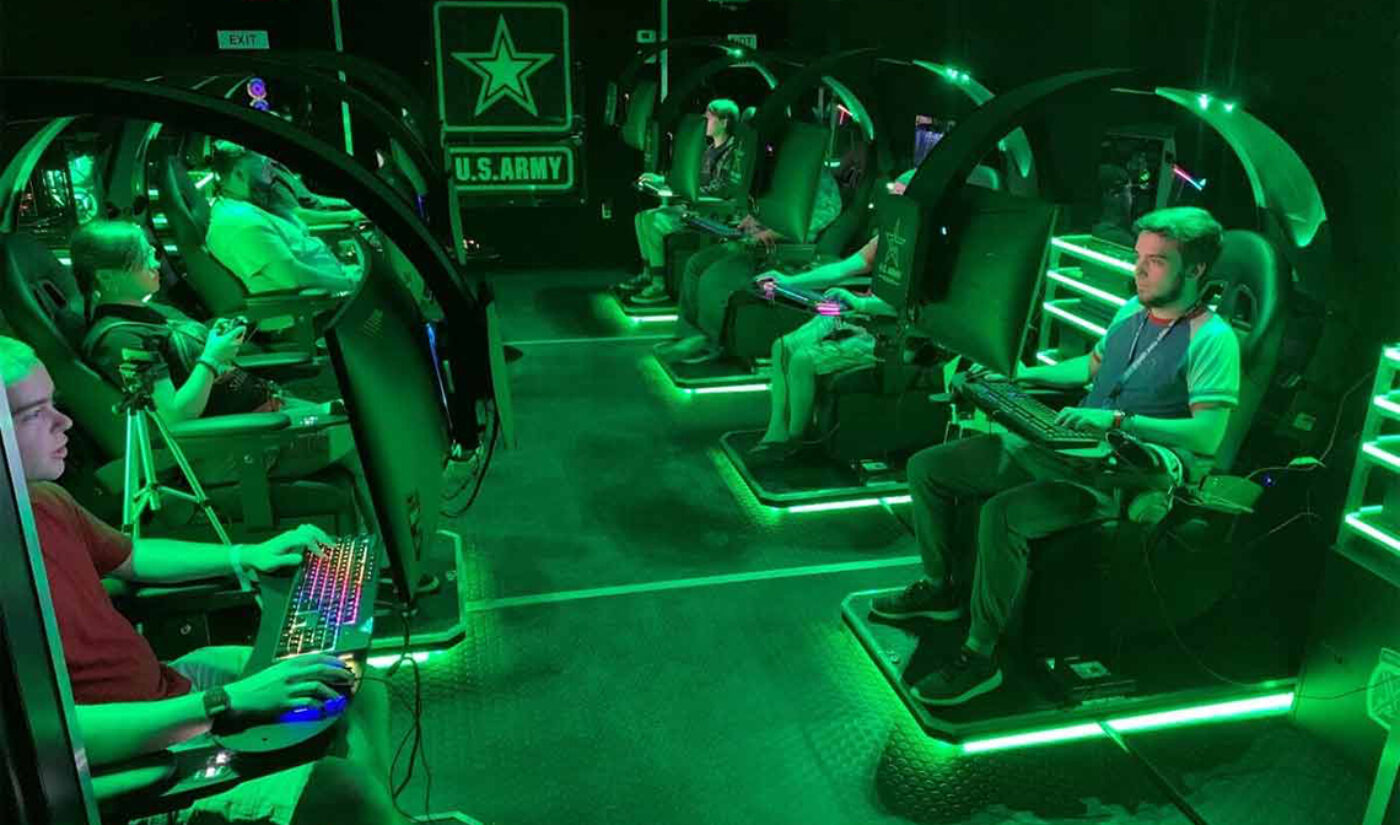 U.S. Representative Alexandria Ocasio-Cortez (D-NY) has filed a draft amendment to the House’s 2021 spending bill that, if approved, would bar the armed forces from using government funding “to maintain a presence on Twitch.com or any video game, e-sports, or live-streaming platform.”

She did so because the Army, Navy, and Air Force’s Twitch channels and esports teams have been under scrutiny this past week, after a report from The Nation alleged they had been engaging in questionable recruitment practices. The report pointed out that people watching the Army’s Twitch streams would see a chat popup promoting a giveaway for a pro-level Xbox controller. But when they clicked the link to enter, it simply directed them to an Army recruitment form with no mention of the contest, prize, or when a winner would be announced.

Twitch put an end to the supposed giveaway, saying it violated its terms of service. That did not, however, put an end to the channel’s problems. The reporter behind The Nation’s story, Jordan Uhl, also detailed how he was banned from the Army’s channel for sending a public chat message asking about American war crimes–something First Amendment advocacy groups are now saying was a violation of his Constitutional rights.

Yesterday, Columbia University‘s Knight First Amendment Institute (which was behind the lawsuit that ruled Donald Trump‘s Twitter account is a presidential account, and thus can’t block anyone) sent a letter to Army and Navy recruiting officers, demanding Uhl and 300 other users be unblocked.

“Because the Army and Navy are using these Twitch channels to recruit young people, this issue is about much more than just esports,” Meenakshi Krishnan, a legal fellow at the Institute, said in a statement reported by The New York Times. “Participants in these forums have a constitutional right to engage in speech critical of the military. The Army and Navy certainly have no legitimate interest in suppressing speech relating to war crimes.”

An Army spokesperson told the Times that Uhl was banned because his remark “was meant to troll and harass the team.”

The letter is in the mail (so to speak):

Read it at the link.

Also yesterday, the Army paused its Twitch streaming so it can “review internal policies and procedures, as well as all platform-specific policies.” An internal email obtained by Kotaku, though, suggests that the pause is part of broader action: per that missive, all military branches will cease all gaming and esports activities through at least spring 2021.

Ocasio-Cortez filed her proposed amendment yesterday morning. “It’s incredibly irresponsible for the Army and the Navy to be recruiting impressionable young people and children via livestreaming platforms,” she told Vice. “War is not a game, and the Marine Corps’ decision not to engage in this recruiting tool should be a clear signal to other branches of the military to cease this practice entirely.” (The Marines don’t have an esports team and probably never will.)

The spending bill Ocasio-Cortez’s amendment is attached to (H.R. 7617) is a long way from being approved. It’ll have to get through the House Committee on Appropriations, be approved by the House, and then go on to be approved by the Republican-led Senate.

If it does make the cut, it could have a significant impact on the Army in particular. As Gizmodo notes, the Army has invested in gaming and esports since 2002, when it paid $10 million to develop a first-person shooter named America’s Army. Last year, troops revealed that the 16 members of the Army’s esports team are serving an official three-year assignment where they travel to schools and video game events for recruitment purposes.