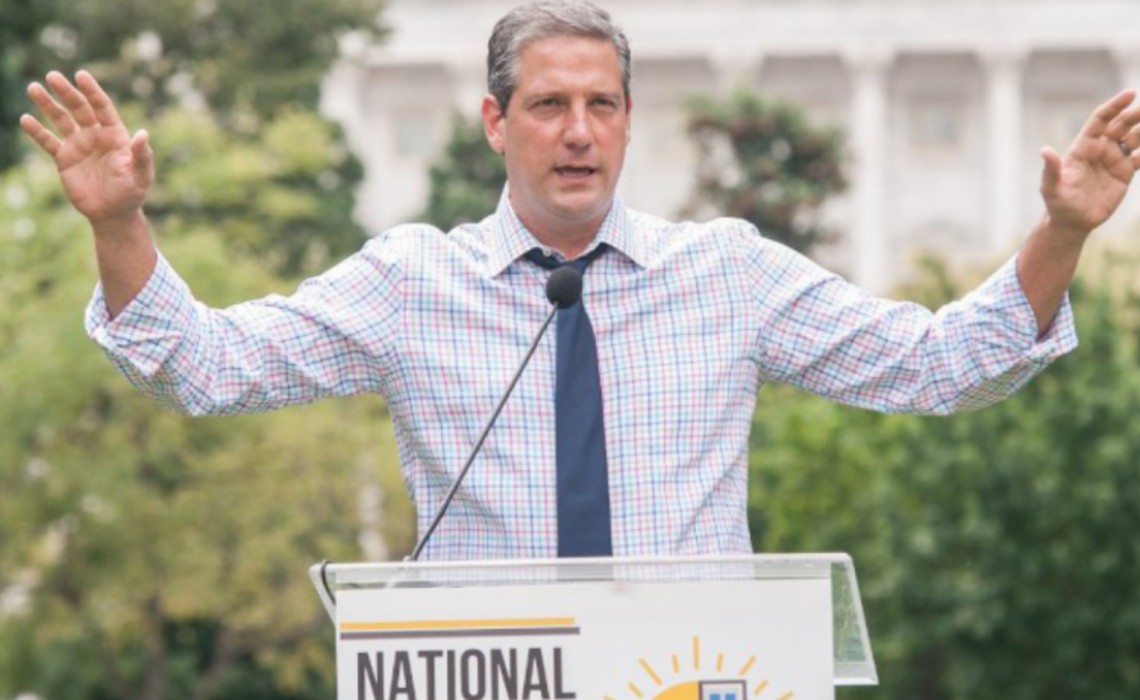 Despite National Security Concerns, This Congressman Has Launched A Quippy TikTok Account

Amid ongoing concerns by various members and sectors of the U.S. government about TikTok and its Chinese parent Bytedance — with respect to data security, user privacy, and censorship (allegedly in alignment with the aims of the Chinese government) — U.S. Congressman Tim Ryan is looking to build a following on the buzzy micro-video platform.

Ryan, a Democrat from Ohio, has served in Congress since 2003, and is one of the first members to launch a TikTok account, Roll Call reports. The 46-year-old, a self-described “karaoke guy,” was inspired by his 16-year-old daughter — and is being aided on the venture with substantial input and assistance from his press team. (In addition to TikTok, Ryan is active on other social platforms, having amassed 96,000 followers on Twitter and 11,000 on Instagram).

Ryan is taking a clever approach to TikTok, even as it has been banned by the Army (which called the app a “cyber threat”) and the Transportation Security Administration (TSA). As for concerns that TikTok could represent a national security threat, Ryan told Roll Call, “Everything’s a concern with China. [It] doesn’t mean we can’t have a little fun. It’s not like I’m doing some high-level counterintelligence through TikTok.”

Thus far, Ryan has shared three posts to date on his verified account, with 786 followers. His latest clip is hashtagged #BlackLivesMatter and #NoJusticeNoPeace, and sees him asking followers to share messages that amplify Black voices, which he says he will share in subsequent posts. Prior to that, Ryan shared last month a lip-sync video of the TikTok hit “Bored In The House” by Tyga and Curtis Roach, during which captions onscreen slammed Republicans in the Senate for refusing to consider a coronavirus relief package.

While Ryan is one of the first members of Congress to dip his toes into the TikTok pond, he may be joined by others soon enough. Several months ago, Rep. Alexandria Ocasio-Cortez expressed that she was open to the idea of launching a TikTok account, but was “kinda busy right now.”

TikTok has taken numerous steps to quell security concerns in recent months, including hiring a brand new chief information security officer, as well as the launch of a new a Transparency Center inside of its Los Angeles headquarters that will allow outside experts to come in and examine its content moderation and data-handling practices. Bytedance is also reportedly looking to bring more of TikTok’s operations stateside under the tutelage of newly-tapped CEO Kevin Mayer, a former top Disney exec.