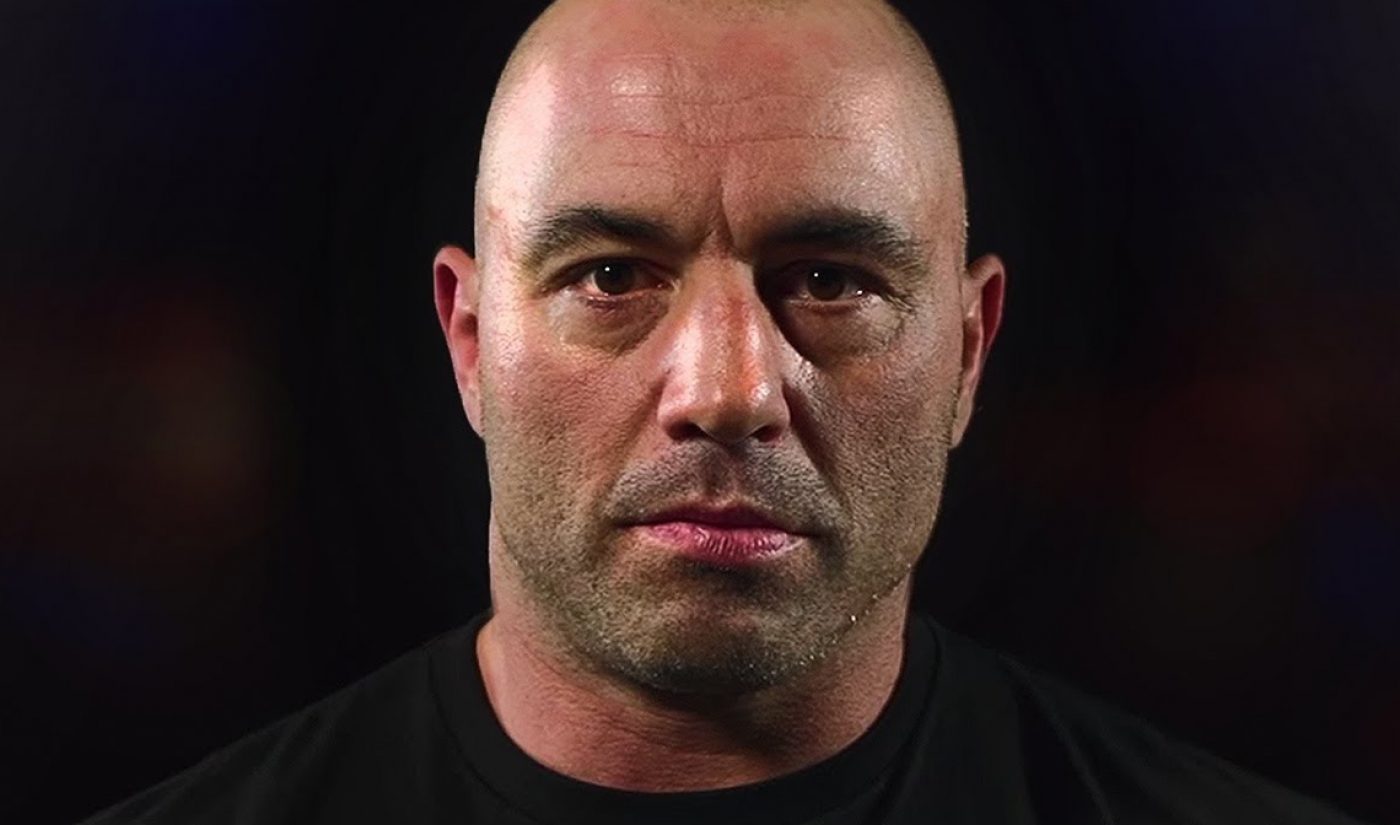 Less than two weeks after revealing plans to push into video podcasting, Spotify has signed an exclusive audio/video distribution deal with one of the biggest podcasters in the game (and on YouTube): Joe Rogan.

Rogan, who’s an actor, TV host, comedian, and MMA commentator, has been uploading full episodes of his multiweekly talk show The Joe Rogan Experience to YouTube since 2013. Between his main YouTube channel, PowerfulJRE (8.41 million subscribers), and JRE Clips (4.46 million) – where he uploads snippets of episodes – his show nets upward of 240 million views per month. He’s featured numerous celebrity guests, including Elon Musk, Neil deGrasse Tyson, and Robert Downey Jr., as well as a number of controversial figures like Alex Jones, Ben Shapiro, and Milo Yiannopoulos.

And by the end of the year, his YouTube channels will be much quieter.

“Starting on September 1 the podcast will be available on Spotify as well as all platforms,” Rogan wrote in an Instagram post announcing the change. At the end of 2020, he added, “it will move exclusively to Spotify, including the video version.” 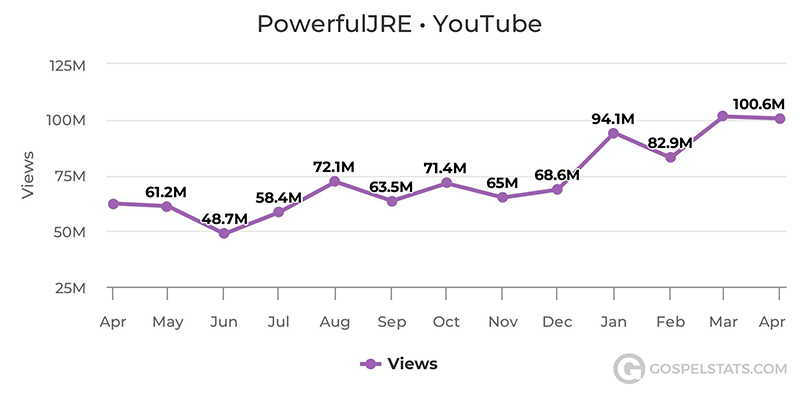 The deal is for The Joe Rogan Experience’s full catalog, including future and past episodes. That means all installments will disappear from YouTube once Spotify’s exclusivity kicks in.

Rogan assured readers that the podcast will still be free to view and listen to, and said the deal is strictly for distribution, “so Spotify won’t have any creative control over the show. They want me to just continue doing it the way I’m doing it right now.” He also said that clips of The Joe Rogan Experience will continue to go live on YouTube indefinitely; it’s just full episodes that will be Spotify-only.

“I’m excited to have the support of the largest audio platform in the world and I hope you folks are there when we make the switch!” Rogan wrote.

The Joe Rogan Experience is the No. 1 most-searched-for podcast on Spotify

Spotify had glowing words for him, too: “The talk series has long been the most-searched-for podcast on Spotify and is the leading show on practically every other podcasting platform,” the company said in a statement. “From his earliest days behind the mic, Joe has been a commentator, fixture, and driving force in culture helping to lay the foundation for the podcasting renaissance we are experiencing today.”

Neither Spotify nor Rogan released financial details of the deal, but a person familiar with the matter told The Wall Street Journal it’s worth over $100 million. Rogan said last year that the show brings in around $30 million annually.

As mentioned above, news of the deal follows our report that Spotify recently partnered with YouTubers Zane Hijazi (3.8 million subscribers, 9 million views per month) and Heath Hussar (2.4M, 7M) for a global test that marks the company’s first push into native video podcasting. Four episodes of their YouTube-hosted podcast Unfiltered (600K, 3M) are becoming available as videos to 50% of Spotify’s global user base.