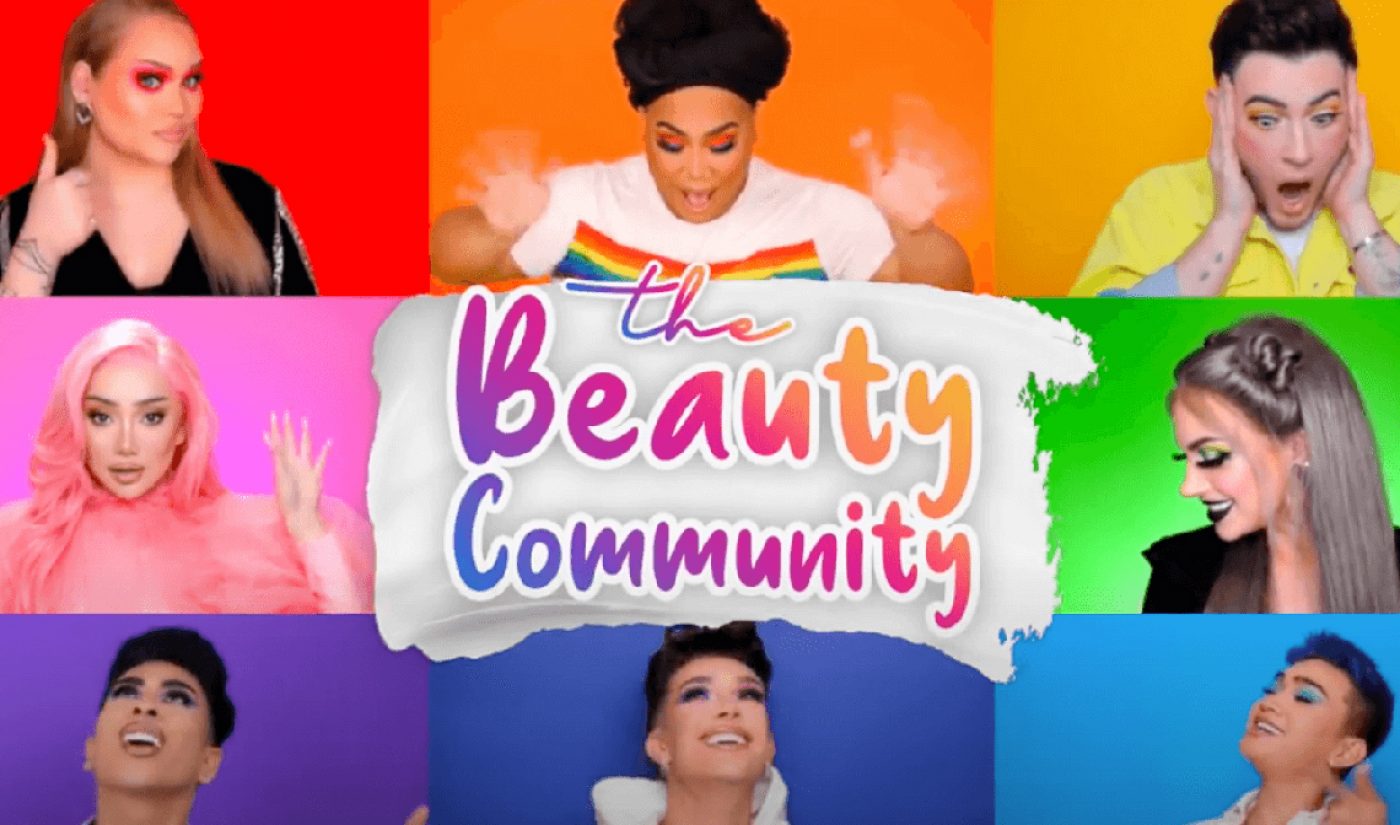 It’s been exactly one year since James Charles and Tati Westbrook’s notorious feud, and amid some reflection on the ensuing fallout–including the immediate negative effects on his subscriber count and views–Charles has debuted a virtual collaboration with seven other beauty gurus that’s meant to show how the community is still a collective unit.

“Obviously the beauty community has been through a lot over the past few years and I feel like there’s kind of this general misconception that all of us are crazy and everybody hates each other,” Charles told E! News. “But that’s really just not the truth in any way, shape, or form. I’ve been really lucky to still be friends with a lot of people in the community and we all have a really great relationship.”

Each of them has a roughly two-minute slice of the video, and in that time, they have to complete one step of a beauty routine. NikkieTutorials kicks things off with foundation, then passes the brush to Starrr for foundation, who hands over to Dragun for contour and blush, and so on.

The video is part of Charles’ ongoing Tuesday series, where he posts a video inspired by the previous week’s episode of his YouTube Original series Instant Influencer. Last week’s episode involved contestants being paired up with notable beauty YouTubers in person, back when meeting people in person was a thing. Charles had to adapt the idea for COVID-19 so that each guru would film their part of the video remotely while stay-at-home orders were in effect.

Perhaps unsurprisingly, all the participating creators talk about their experiences in isolation. Most note that they’re spending time with loved ones and pets, catching up on TV, and, in Charles’ case, discovering a Sudoku YouTuber. The group also urges viewers to be safe by social distancing and regularly washing their hands. At the end of the video, Charles reveals he’s donating $25,000 to YouTube’s fundraiser for the World Health Organization’s COVID-19 Solidarity Response Fund. He also asks that viewers consider contributing.

“It is definitely not necessary or required, but if you have a little bit of extra money lying around and you’re able to donate, I strongly encourage you guys to,” he says. The fund has a goal of $7.5 million, and has so far raised $4.9 million. Google has agreed to match every $1 donated with $2 of its own, up to $5 million. That means the $25K Charles donated will turn into $75K, he points out.

You can read more about the fund here.