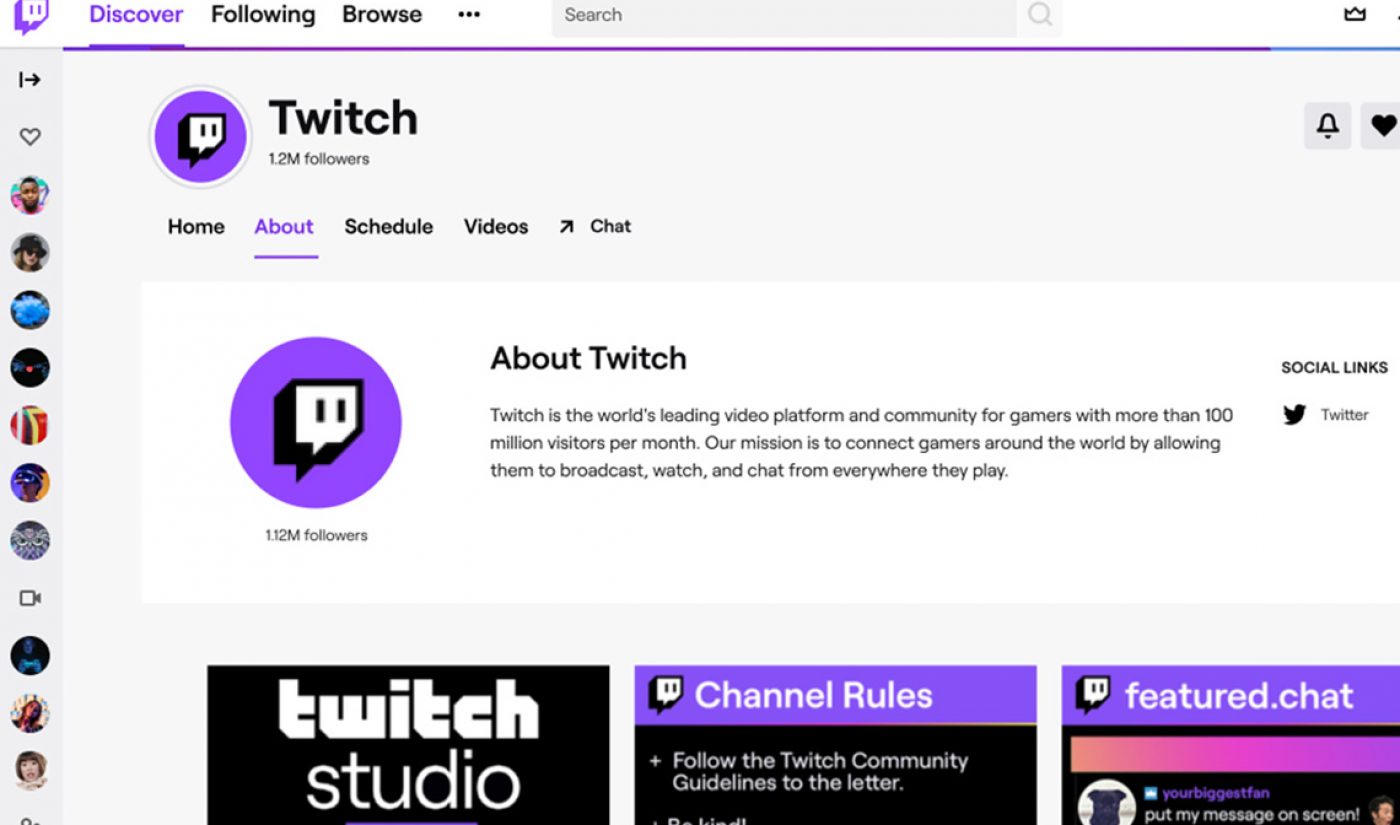 Twitch is rolling out a significant redesign of channel pages, adding a range of features that’ll let creators more prominently display their personal brands, keep their viewers in the loop about future content, and introduce themselves to new viewers–even when they’re not streaming.

The revamp has been in the works since last year, and was done using feedback from Twitch’s creator community, the platform wrote in an official blog post. The new version of pages has been available in streamers’ backend dashboards for the past month, and tweaks have been made based on their experiences, Twitch added.

Perhaps the most dramatic change of the update is the addition of channel trailers. Currently, if a streamer is offline, people who come to their page will see one of two things: a static image letting them know the streamer isn’t broadcasting, or a live feed from another creator who’s being hosted by the offline streamer’s channel.

But with the new pages, creators will have a third option: a channel trailer. Twitch didn’t mention length specifications, but presumably streamers will be able to cut together some of their greatest hits, or record a short intro video (like many creators do for the home page of their YouTube channels). Once the trailer is uploaded to a streamer’s channel, it will automatically play in the broadcast window for any new visitors.

Another big change: Twitch has, for the first time, added a scheduling tool. New pages will have a ‘Schedule’ tab where creators can mark, edit, and publicly display the days and times they plan to stream, as well as what kind of content or what specific game they intend to broadcast. They can mark days where they’ll be absent/on vacation, too, Twitch says.

The schedule calendar will also show all past broadcasts, with links to recordings. Here’s a mockup from Twitch: 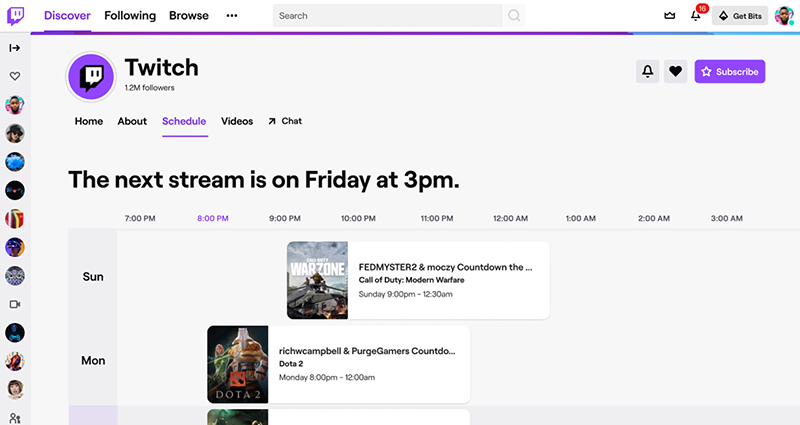 And that’s not the only change being made to recordings. Updated pages will offer five tabbed sections: Home, About (which is new), Schedule, Videos, and Chat (new, and apparently a direct link to join the channel’s chat room). Videos–the tab for recordings–isn’t technically new, but its functionality for creators is being expanded.

Currently, creators can choose to feature some recordings/clips in the Videos tab, but the rest of the tab involves premade content shelves that cannot be moved around. The new Videos tab will let creators create custom shelves of videos, and shuffle all shelves to choose the order in which they’re displayed. (Again, this is a feature that’ll look familiar to YouTube users, since creator-curated playlists have been a thing there for years.)

As for the About tab, it’s a bio page where creators can display a bigger-than-before version of their channel avatar, links to their presences on other social platforms, and a brief description of who they are and what they do. (Also familiar.)

All of these new features will be backgrounded by a creator’s chosen color. As Twitch noted during its rebranding last September, it’s now letting creators pick a theme color for their channel. The color apparently will pop up around the channel, highlighting things like tabs and the Subscribe button, and will fill the entirety of the channel page behind the streamer’s broadcast window and other displays. A creator’s chosen color is meant to be part of their personal brand, Twitch says.

Updated pages will deploy “over the next few weeks,” per Twitch. Right now, any Twitch creator can go to their Channel Settings to edit a private version of their new page before it goes live to viewers.