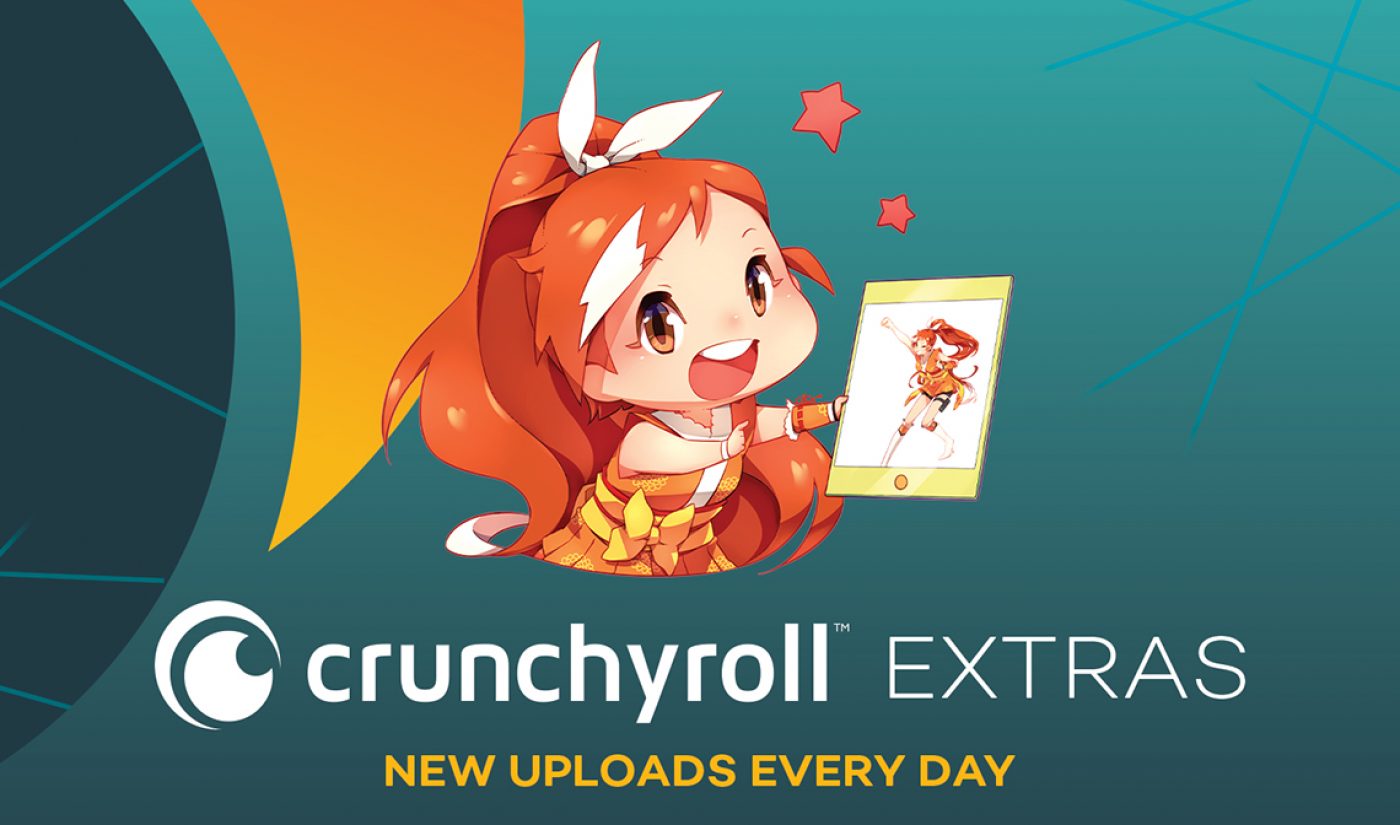 The new channel, Crunchyroll Extras, won’t be like either of them. “It will be shorter form with an editorial throughline on all the videos,” Corbett says. “We are offering a lot of different formats, everything from interviews and behind-the-scenes to a little bit more fun stuff like games we play with different guests, cooking demonstrations, and of course, everything is around the anime we love.”

Extras videos will all be under five minutes, cropped to square, and come with onscreen subtitles–a setup that has, in the past, worked well for Crunchyroll on other platforms.

The WarnerMedia-owned streamer is trying it now on YouTube because, “We’re seeing a bit of behavior shift on YouTube,” Corbett says. “It’s the first time we’re really seeing an appetite for some of the video that’s been popular on Facebook and Twitter, the bite-sized, entertaining videos. This is the kind of content you would never put on YouTube, years ago, and we’re just seeing a lot of fluid movement consumption behaviors now across platforms.”

The channel is debuting today with a lineup of ten videos, many of them focused on iconic anime One Piece, as May 5 is main character Monkey D. Luffy’s birthday. Others offer a glimpse at the mix of content Corbett teased: there’s a tour of the Fullmetal Alchemist cafe that ran in Osaka earlier this year (above), a spiral cake inspired by mangaka Junji Ito’s horrific series Uzumaki (we suggest not looking at said cake too long), an interview with Ito reacting to anime cats (okay, you can look now), and a clip of Yu-Gi-Oh! voice actor Eric Stuart giving his personal ratings of anime dragons.

For now, the channel will offer up one new video each day, Corbett says. Crunchyroll has already produced some evergreen videos it plans to test on Extras, and going forward, it’ll continue making new original content for the channel.

“We’re really curious to see if this is another layer of content we can give existing fans while also welcome new ones who maybe weren’t looking for long-form, or for our anime clips, which are driven by search,” Corbett says. “It’s really a casual community feel that’s easy to access and jump right in.”