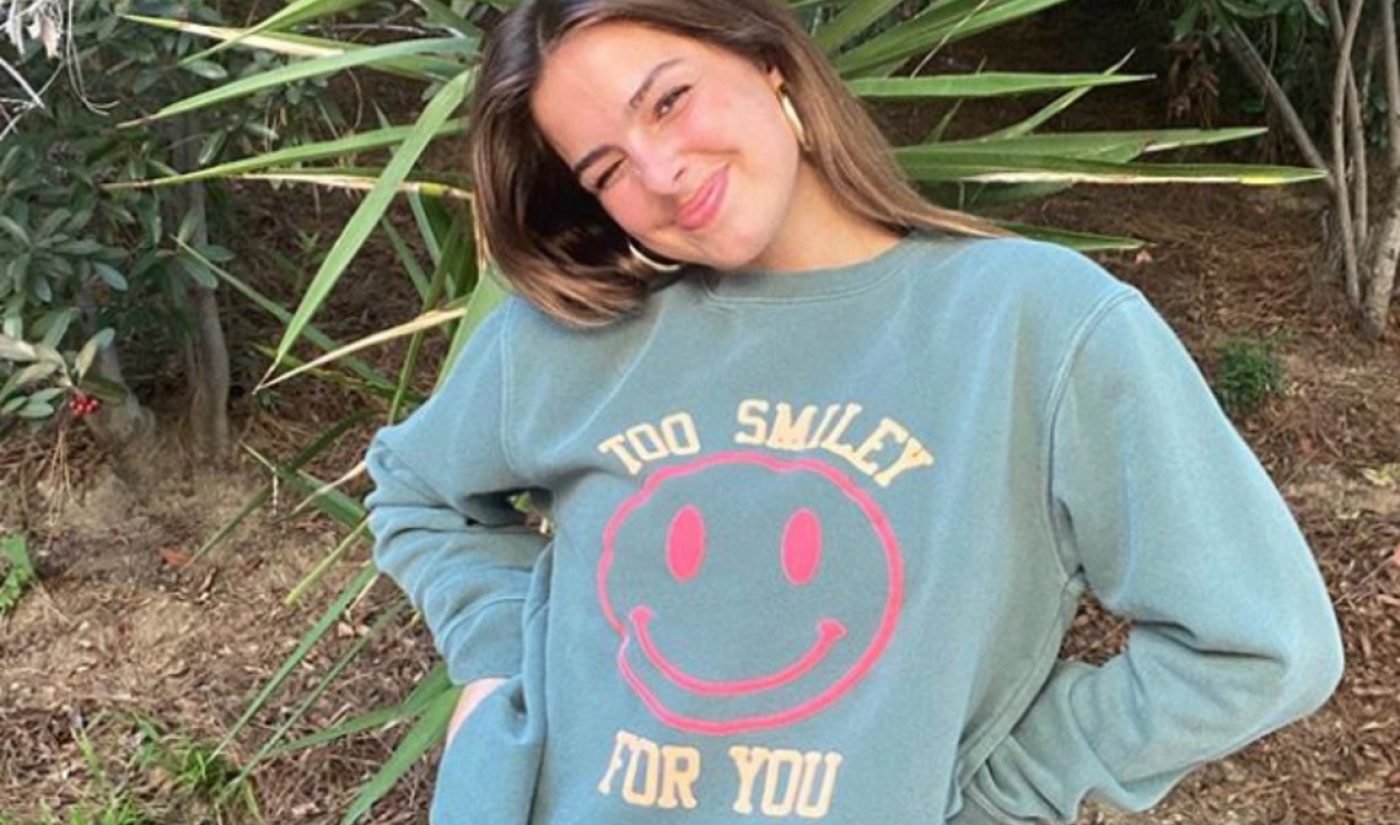 Addison ‘Rae’ Easterling, the Louisiana-born TikTok phenom who has amassed upwards of 37 million followers on the strength of her choreo clips, is embarking on her first solo merch venture.

The collection is being created in collaboration with Fanjoy, after CEO Chris Vaccarino tells Tubefilter that the merch proprietor — which also works with David Dobrik, Tana Mongeau, Jake Paul, and Elle Mills — cold-approached Easterling over her Instagram DMs before connecting with her agency, WME.

Launching today at 1 pm ET on ShopAddisonRae.com, the collection encapsulates Easterling’s personal aesthetic, Vaccarino says, and consists of pieces she would wear on a daily basis. Over 20 items will make up the initial drop, including spring-hued hoodies, sweaters, joggers, shirts, phone cases, notebooks, and mugs. Prices will range from roughly $24 for a T-shirt to $46 for a hoodie. Vaccarino notes that Fanjoy is stocking both adult and youth sizes for apparel given that Rae (and TikTok in general) tend to garner younger fandoms.

You can check out some of the designs on a dedicated Instagram page, including colorful pieces bearing Rae’s name and the phrases ‘Pouty Face’ and ‘Too Smiley For You’. 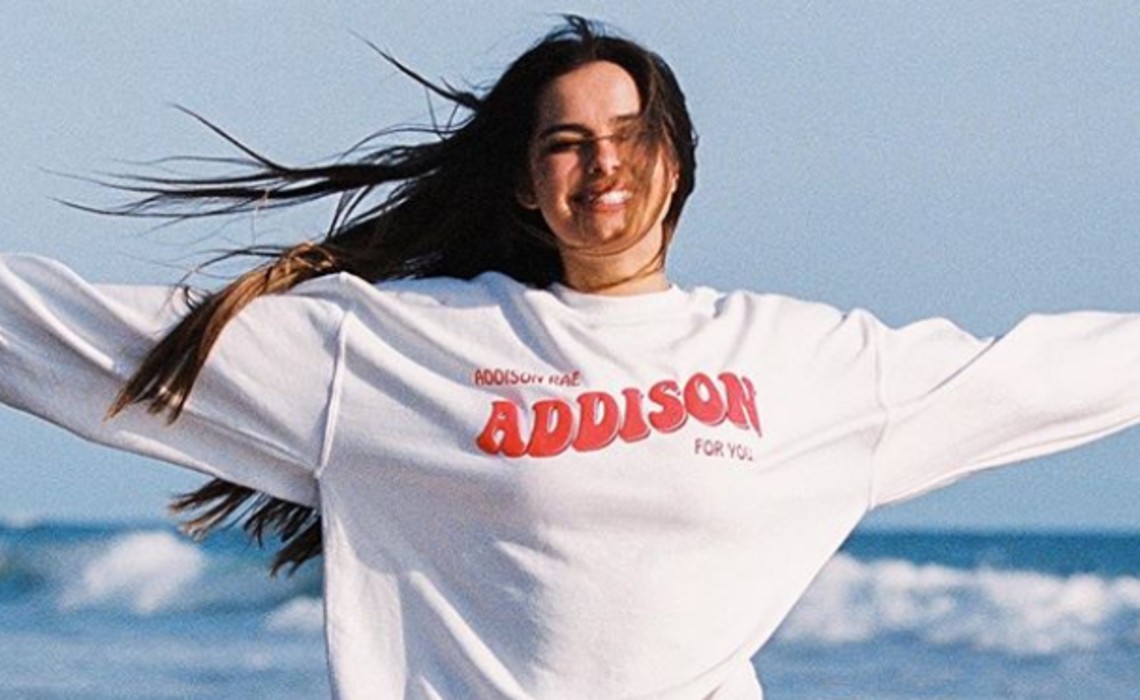 Fanjoy works with a ton of TikTok stars on their merch ventures as well, including fellow Hype House members Avani Gregg, Chase Hudson, Alex Warren, and Nick Austin. The Hype House also vends its own merch, though Fanjoy doesn’t appear to be involved.

“TikTok is a huge platform for talent to drive traffic and, most importantly, sales,” Vaccarino says. “The reach from each video for our clients is in the millions and with most of them posting around three times per day, that’s a lot of potential customers.”

Easterling, for her part, is a standout member of The Hype House, a creator collective of top TikTok stars — many of whom collaborate and co-habitate in a sprawling Los Angeles mansion. (That said, the group is currently besieged by a legal battle involving its alleged co-founders). Easterling signed with WME in January for representation in all areas, including modeling, fashion, music, dance, TV, film, digital, podcasting, touring, books, licensing, endorsements, and charity initiatives. Her parents, Sheri Easterling and Monty Lopez — who are TikTok-famous in their own right — are also signed to the agency.

In addition to her huge TikTok following, Easterling also counts on 14.4 million followers on Instagram and 1.7 million YouTube subscribers.