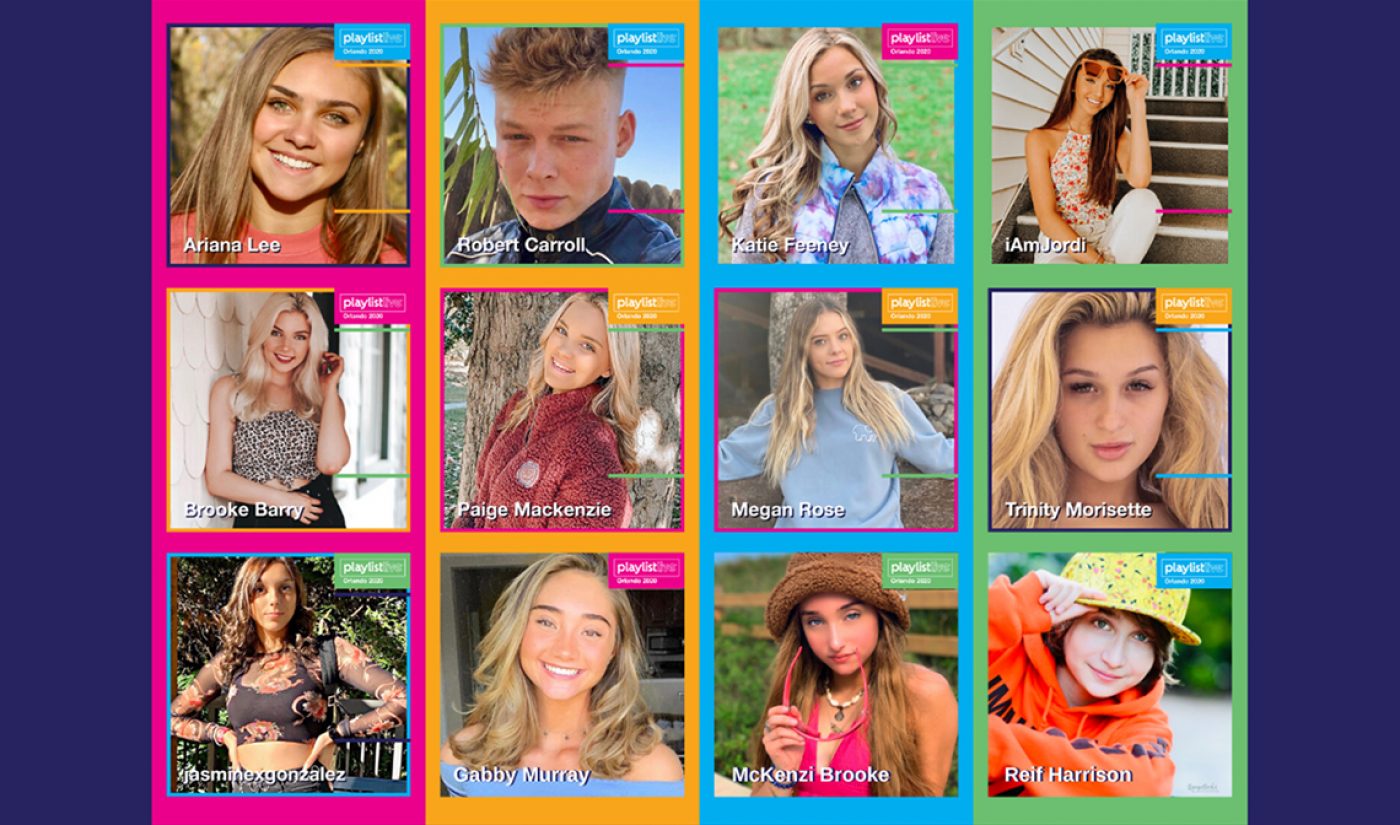 According to Brian Nelson and Brian Mandler, there is no better place for brands to be than TikTok.

Despite its relative lack of monetization and concerns that it doesn’t offer advertisers adequate performance metrics, there’s no shortage of brands foraying onto the shortform video app.

But that hasn’t always been the case.

Nelson and Mandler, co-founders of digital agency The Network Effect, have been trying for years to get people to take TikTok seriously. Both have ample experience in the music industry–Nelson as a former talent manager and concert promoter, and Mandler as a former Google/YouTube executive and marketer at record labels. And when short-form lip-syncing app Musical.ly became a cult hit with American kids in 2015, they took notice.

“It was very fast-moving, and no one cared. We were screaming at everyone about it, because guys like Brian and I come from trying to get attention for our artists,” Nelson tells Tubefilter. They could see Musical.ly was an ideal place for marketing because its user base was full of creators following other creators, watching what they made and what they liked.

“All of the users wanted attention–and they paid attention as well,” he says. But, he adds, because those creators were so young (and likely because the monetization opportunities it offered were scarce), Musical.ly wasn’t seen as a serious opportunity for brands or ad execs.

Then, in November 2017, Chinese tech giant Bytedance–developer of fellow lip-syncing app TikTok—bought it for $800 million. Less than a year later, Musical.ly was shuttered, with Bytedance urging creators to establish themselves on TikTok instead.

For the most part, the creators and audiences Nelson and Mandler had been watching crossed over, and things continued as usual. Crucially, though, Bytedance reached a settlement with the Federal Trade Commission that, in early 2019, resulted in it establishing a separate app for users under 13. That “aged up” TikTok’s creator group and “hyperfocused” the app on Gen Z’ers, Nelson explains.

“We started to see it age up and people take it more seriously, and celebrities were coming on. The end of the summer was the turning point, when brands really started to say, ‘Yeah, we really want to be there, but we’re not sure what to do,’” Nelson says.

Brands Come To TikTok. Then what?

The end of the summer is also when Nelson and Mandler officially founded The Network Effect, where they help companies run successful brand campaigns on TikTok. Their secret sauce is “curating creators” to run “true life integrations,” Nelson says. In action, curation is Nelson spending at least nine hours each day on TikTok, watching content and finding content creators who might have genuine connections to The Network Effect’s brand partners.

The company’s focus is “really delicately integrating brands into creators’ lives on the platform,” Nelson says. “We curate creators specifically for a campaign and make sure that it’s not just people with numbers, but people who really understand what we’re trying to do. We want to make sure that whatever we do, it’s real. It’s not just, ‘Hey, let’s pay them to do it.’”

Matching creators to campaigns can be tough, but it wasn’t difficult for The Network Effect to find TikTokers who gel with Ivory Ella, a for-profit clothing brand that donates 10% of all sales to elephant conservation and frequently launches capsule collections donating to other charitable causes like ocean cleanup, Pets for Patriots, and breast cancer research. Nelson and Mandler have been working with the company for nearly a year–and, at Playlist Live in February, they held a brand activation that has pushed Ivory Ella to more than 2 billion views on TikTok.

Over those six months, all 12 creators began featuring Ivory Ella in their content, sometimes simply by wearing it, like in this video from Feeney:

In December, Ivory Ella launched its own TikTok account, and creators began occasionally mentioning its handle in their posts. By the time Playlist came around on Feb. 28, the campaign had collectively amassed more than one billion views, and Ivory Ella’s account was up to 121K followers.

For the brand’s IRL activation, The Network Effect hooked up with Mashbooths to design a platform equipped with a camera that circled whoever was standing on it. All 12 of the campaign’s participating creators came together at Playlist to meet fans and film 360-degree videos together. Over the course of the two-day event, they produced 420 branded videos featuring 550 attendees.

Those are impressive numbers, but the 360-degree videos actually weren’t the most attention- and view-grabbing content to emerge from The Network Effect’s activation.

“We’re sitting, at this exact second, in the middle of the biggest trend we’ve ever seen on the platform, which is the behind-the-scenes videos,” Nelson says. “We started that at Playlist.”

Behind-the-scenes videos show the sometimes wacky backend production process of making a TikTok video, and are often a stark contrast to the final, polished product. The first piece of Playlist Live content to debut from Ivory Ella and The Network Effect’s 12 partner creators was the below video from McKenzi Brooke, posted as a teaser to get viewers interested in her final 360-degree video:

It ended up snaring 1.6 million likes (double that of her finished product), and spread across the platform, inspiring thousands of creators, like Josh Dutra (1.3 million), to make their own at-home versions:

@joshdutraMy page is full of People at playlist live like… Who wants to see the results!?!?😱 😂😂😂♬ Cannibal – Ke$ha

“People saw it on their #foryou page, so many, many creators saw it and started to do it at home,” Nelson says. (#foryou, for the uninitiated, is the main page TikTok users see as soon as they log in to the app. It’s an endless feed of videos from people they follow and videos that are currently trending–which means it’s the primary vehicle for creators to find new viewers. Many creators tag their videos #foryou in an attempt to get on the page and grow their audience.)

According to The Network Effect, videos made as part of the behind-the-scenes trend have so far been viewed more than 500 million times.

As for the 12 creators who made Ivory Ella’s campaign happen, their sponsored videos have outperformed most of their other content in terms of impressions, the company says.

And they’re far from done making Ivory Ella content. Following Playlist Live, The Network Effect’s curated creators worked with Ivory Ella to produce its latest capsule collection: Guardians, a set of tie-dye hoodies designed by the TikTokers, with 10% of proceeds being donated to nonprofit Save the Elephants. And this month, they’ve joined Ivory Ella to raise money for Project Sunshine, an organization that works to brighten kids’ hospital wards by providing activity kits. They created the TikTok hashtag #spreadhope to raise awareness about Ivory Ella’s new collection Hope, from which 100% of proceeds will be donated to Project Sunshine.

Because Project Sunshine is facing increased need for its kits due to the COVID-19 pandemic, Ivory Ella has also turned its Westerly, Rhode Island shipping center into a temporary assembly line to ramp up production of the kits. It’s so far sent more than 600 kits to 350 hospitals across the U.S., the company’s cofounder Richard Henne tells Tubefilter.

Project Sunshine “expressed the surge in demand of their activity kits given the new visitor limitations and closing of playrooms due to COVID-19 safety precautions, and their need for additional assembly volunteers,” Henne says. “Our fulfillment center in Westerly has been operating under the highest safety protocols as essential personnel, and with the shift in production with retailers closed, we had additional time for our employees. We wanted to put that to good use.”

Nelson says creators’ passion for causes like Project Sunshine and Save the Elephants is what puts the “true” in The Network Effect’s “true life” campaigns. “For us, it’s been a great learning experience, because we can see when a creator is passionate about a campaign. You cannot pay for that,” he says. “It’s believable because it’s real.”