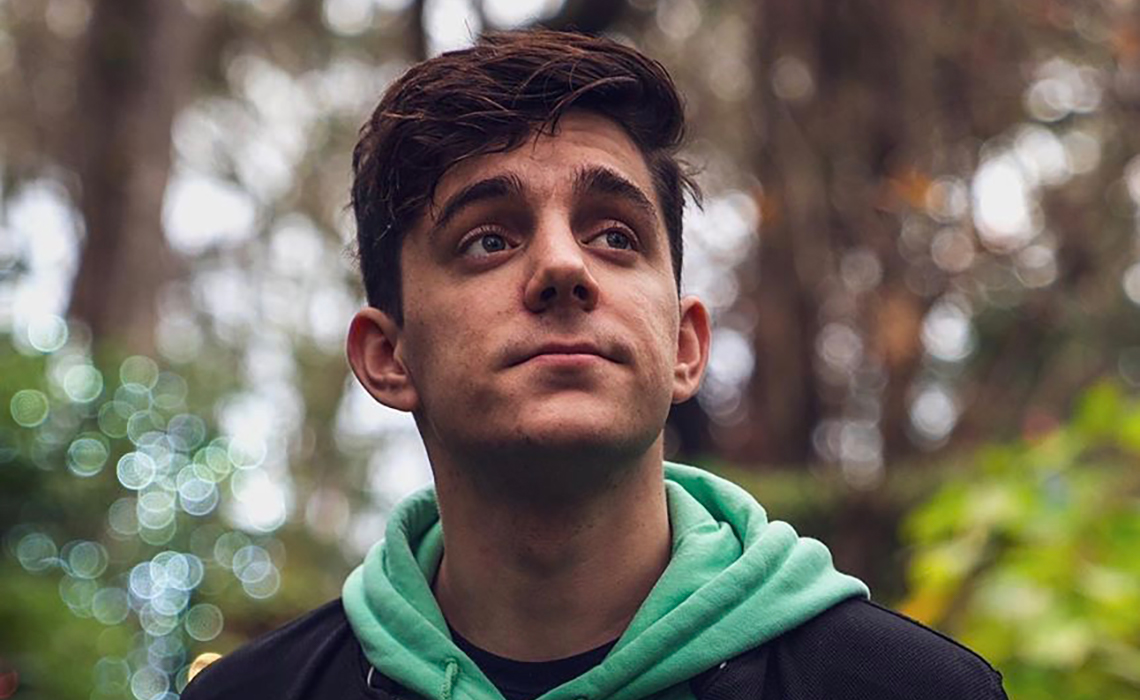 YouTube Millionaires: For Ethan Nestor (aka CrankGameplays), The Best Part Of Creating Is Community

There are a lot of things Ethan Nestor loves about being a YouTuber.

You might think that’d make it hard for him to pick a favorite, but nope. Ask him, and he knows exactly what he loves best: his community.

“They’re so engaged, so kind, so giving, and are honestly just nice to hang out with,” he says. “I think I’m really lucky.”

Nestor, is of course, giving a glowing review to the one million subscribers of his seven-year-old channel, CrankGameplays. But he’s also referring to the legions of fans who know him from his regular presence in fellow YouTuber Markiplier’s uploads, and from their shared, self-destructing video project Unus Annus.

Filming daily uploads for Unus Annus and multiple weekly uploads for CrankGameplays keeps Nestor incredibly busy–and that’s good, because “busy” is exactly what he was hoping for when he first joined YouTube in 2012 as a bored high school student. A longtime gamer and GameGrumps enthusiast, he naturally gravitated toward YouTube’s gaming sector…which is where he became fast friends with Markiplier.

When the duo launched Unus Annus last November, Nestor’s subscriber count was at 795,000. The project’s standalone channel leapt to more than one million subscribers in just three days, and now has nearly 3 million people tuning in to watch Nestor and Markiplier order weird things off Amazon, force James Charles to run a military training course (below), and take their chances with Deep Omegle. A number of those fans have followed Nestor to CrankGameplays (where, by the way, he’s currently playing Animal Crossing: New Horizons, aka the perfect quarantine game), upticking his subscriber and view counts.

You can read more about that here, and check out our chat with Nestor below.

Ethan Nestor: It honestly feels incredibly surreal to hit a million. I think one million is that number that every YouTube has in the back of their mind to hit. When I first started, it wasn’t even a possibility for me–just a dream I had. Now that I’m here, it just doesn’t even feel real, in a way. I wish I could go back to my 15-year-old self and tell him that we finally did it.

Tubefilter: Tell us a little about you! Where are you from? What did you do in ye olde days before YouTube? How did you fall in love with gaming?

EN: I’m originally from the small town of Cape Elizabeth, Maine! I started YouTube in high school, so there really wasn’t much to my life before it all kicked off. I was a full-time student and a full-time gymnast. Before YouTube, gymnastics was my No. 1 passion in life!

Tubefilter: How did your YouTube career start? What drew you to the platform?

EN: My YouTube “career” (if you can even call it that) started when I was 15 years old. My best friend Andrew and I were just bored one summer night. We had nothing to do, and were just chomping at the bit for something to fill our time with. He and I had been making random home videos together ever since we were eight or so, so it felt really natural to start making things together. Eventually I branched off and started making things on my own, but it was truly boredom that inspired us to start.

Tubefilter: What made you decide to launch CrankGameplays? Did you have a content strategy when you started the channel, or did you kind of roll with things as they went along?

EN: Like I said before, a lack of a creative outlet was really what inspired the channel. Andrew and I had a huge love for GameGrumps, especially in high school. Although we weren’t nearly as talented, we had the base of what every other YouTuber had: free time and a computer. We had the mindset of, “If they can do it, why can’t we?”

Tubefilter: You produce multiple videos per week for CrankGameplays, and you recently started Unus Annus with Mark. That must put you on a truly wild production schedule. What’s your average day look like? How often do you film for each channel?

EN: Lately, because of the launch of Unus Annus with my good buddy Mark, my schedule has been pretty hectic. After a year or so of feeling off, I feel like I’m finally hopping back into a good schedule. Being so busy with Unus Annus has surprisingly helped that a lot. I think a lack of structure was really starting to get to me, and having no one to push me but myself was really hard. It’s both a blessing and a curse being your own boss. As far as a daily schedule goes, I don’t really have one! I usually try and record every day for my own channel, and then I film with Mark a few times a week! I recently got an editor, which has been a huge, huge help. After almost eight years of YouTube, it’s nice to finally hand that part of the process to someone else.

Tubefilter: If you could only play one video game for the rest of your life, what would it be?

EN: If I could play one game for the rest of my life, I honestly think it would be the newest Animal Crossing. It’s so incredibly fun and addicting, which is a shock. I didn’t think that being in virtual debt would be this much fun.

Tubefilter: Did you see a spike in your views and/or subscribers after you started Unus Annus?

EN: I saw a huge spike in views/subs after making Unus Annus for sure. Obviously Mark is WAY bigger than I am, so I got a lot of exposure from his fans coming over to Unus Annus. It’s definitely slowed down a bit, but it was crazy seeing that first influx of people when the channel launched!

EN: I think my favorite part of making content on YouTube is the community. Sure, people can be overbearing sometimes, and there’s a lot of times when I need to take a break from social media, but being able to interact with my community is awesome. It’s so comforting knowing that no matter what time of the day it is, I always have people to talk to. Pretty much every YouTuber says this, but I do feel like I have a particularly good community. They’re so engaged, so kind, so giving, and are honestly just nice to hang out with. I think I’m really lucky in that regard. The internet can be a pretty toxic place, but I think I found a really wonderful group of people. I love ’em.

Tubefilter: What else do you get up to outside of YouTube?

EN: Outside of YouTube, I don’t really have much going on. I think that’s true for most YouTubers/content creators. This sounds a little entitled, but YouTube really isn’t a job, it’s a lifestyle. I don’t have “work hours,” I just kind of live my work. It’s all I do! Which I love. I’m so incredibly lucky to be able to do this for my job, and I wouldn’t trade it for the world. Pretty much the only thing I do outside of YouTube is hang out with my dog and watch movies with my girlfriend. I’m a big film guy!

EN: I honestly don’t know what’s next for the channel! Unus Annus has until November, so that’s pretty much the main focus until then. Doing that channel has really inspired me to go above and beyond in my own content. I want to stretch out more and try new things. I don’t want to just be looked at as a gamer anymore. I want to explore what else I can make! What that’ll be, I have no idea, but I’m excited to start experimenting again!

You can add yourself to the ranks of Nestor’s more-than-a-million YouTube subscribers at his channel YouTube.com/CrankGameplays.