Netflix Has Tripled Its Digital Ad Spend Since COVID-19 Hit The U.S. (Report) 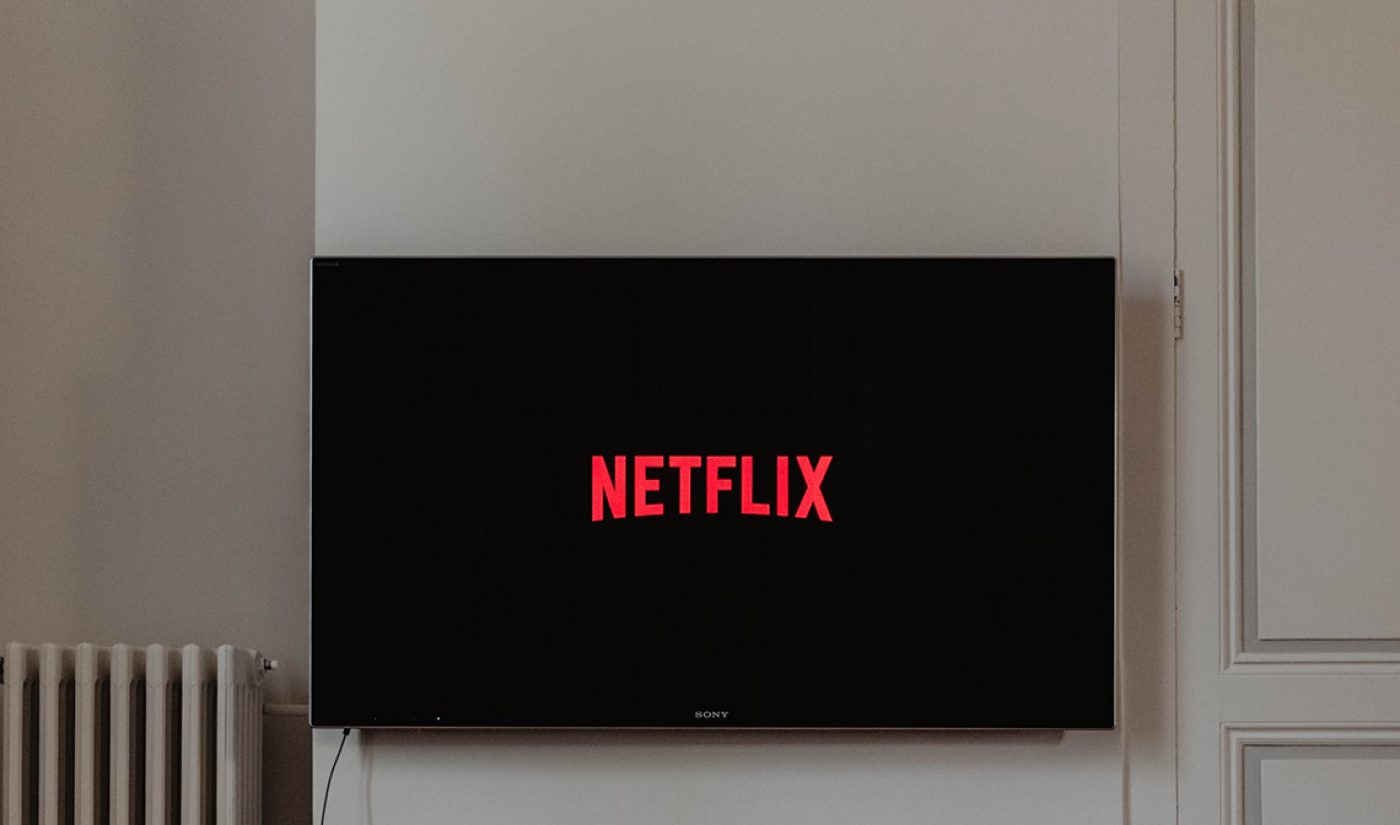 In recent weeks, some streaming services and content providers have signifcantly ramped up their digital ad spend, putting out more marketing to catch the attention of folks stuck at home due to the COVID-19 pandemic.

This increased spend is noticeably going toward placing ads on social media sites like Facebook and Twitter, Pathmatics says. As for ad content, Hulu is promoting its live news content, while Starz is offering a swath of Broadway shows–perhaps trying to draw those who purchased tickets to summer theatre productions that have now been cancelled. (If you’re among them, check out Andrew Lloyd Webber‘s YouTube channel.)

Like pretty much every other business, digital ads have taken a hit from COVID-19. New data from the Interactive Advertising Bureau (IAB) shows overall digital ad spend for March and April is down 38% from what marketers expected to shell out. But the IAB also points out that of all ad industries, digital is actually the least affected: marketers are spending 41% less on TV ads than expected, 43% less on ads in print publications, 45% less on radio, and 51% less on outdoor ads like billboards. 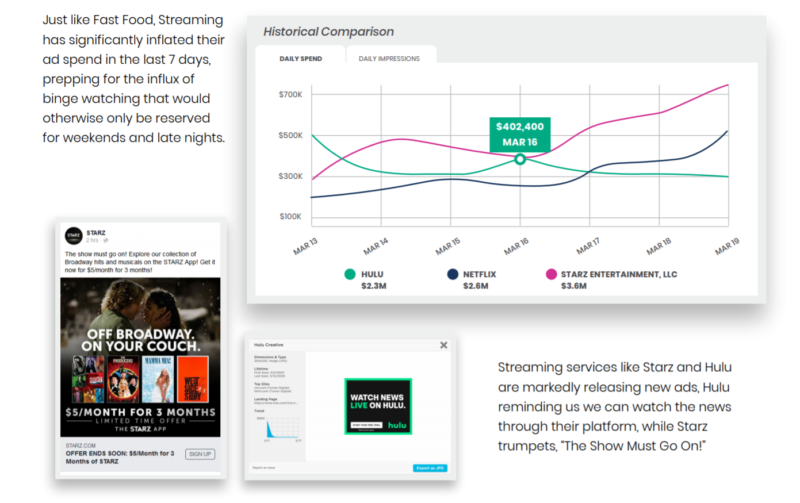 Ironically, while spend on digital ads is down, they’re being viewed more than ever. Pathmatics’ report says that news sites and medical outlets have seen major jumps in traffic and the amount of ads they’re serving. CNN’s website, for example, served 90% more digital ads in March than it did in April. The New York Times and Fox News both served 40% more, and health sites WebMD and Healthline each saw 20% spikes.

It appears the upped spend worked for Netflix. One week after Pathmatics’ measurement period, the company’s content chief, Ted Sarandos, told CNN viewership was up. He didn’t offer exact figures, but as we previously reported, other video platforms like YouTube and Twitch have seen viewership increases of more than 60%. (It’s also worth noting that traffic on Facebook is up 36%, which means Netflix, Hulu, and Starz’s increased ads may have reached a good deal more people than usual.)

Pathmatics also tracked which sectors have significantly decreased their digital ad spend, and what it found probably isn’t surprising: Major League Baseball, Major League Soccer, the National Hockey League (NHL), and the National Basketball Association (NBA) all essentially stopped spending in the week of March 14. Prior to that, they were earmarking up to $140,000 per day for digital ads, but now they–and many other traditional sports leagues–are noticeably scrambling to restrategize since in-person matches are impossible to hold.

Airlines, cruise lines, and hotels have similarly dropped their spend, per the report.