How Children’s Social Video Content is Growing During Quarantines 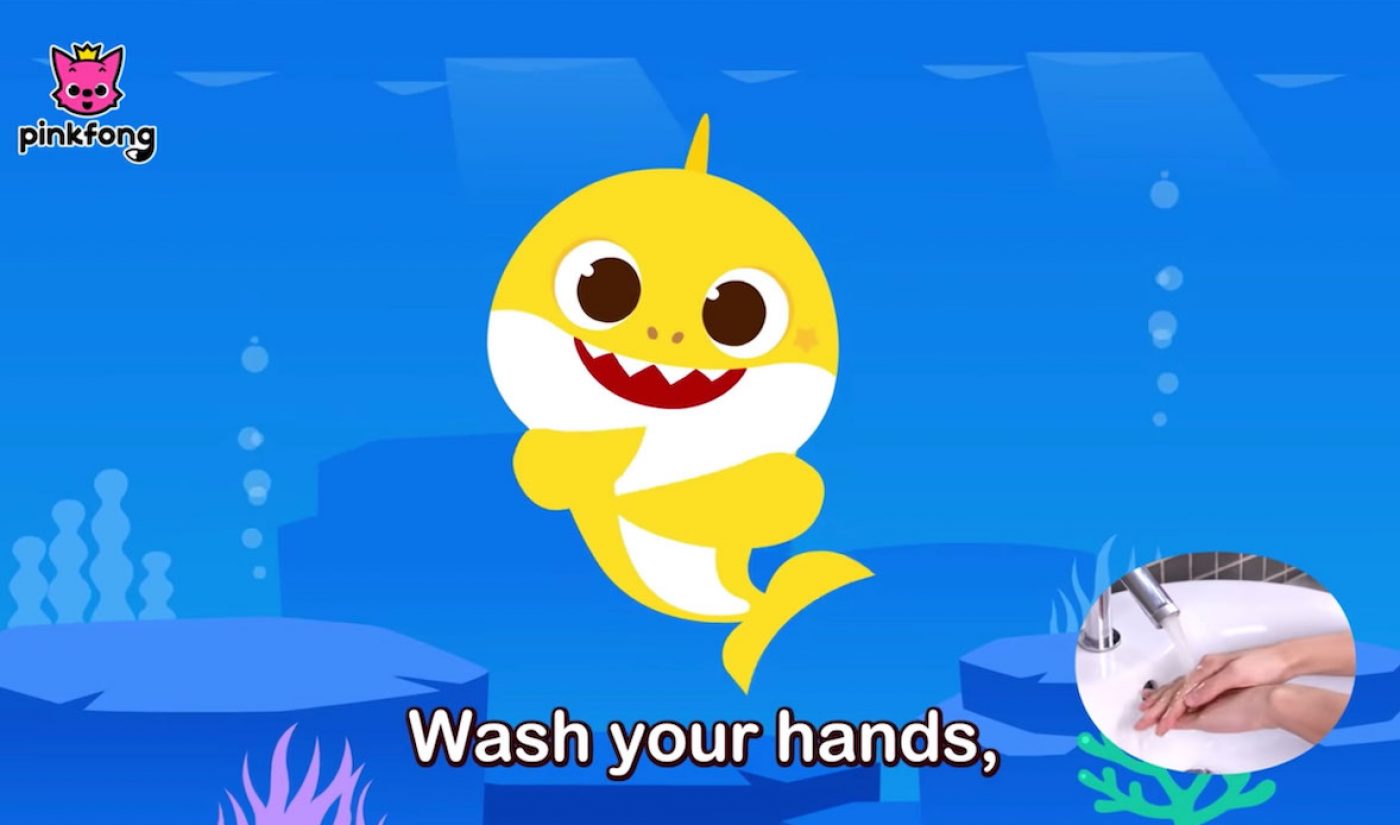 As life continues to get upended by quarantines and “stay at home” rules, parents are pushed to get increasingly creative around how to occupy their kids during the day. For school-age children, there’s schoolwork to cover at least some of those hours while adults get work done. But for those with younger kids, parents are now utilizing (a lot of) screen time to help get through the days.

A recent report from Tubular Labs shows how much children’s content is growing these past few weeks. March 16-22 was the most-viewed week of the year for kids content, and that growth wasn’t just fueled by new programming. Tubular data revealed that four of the top five kids videos during the week of March 16 were from 2019 or earlier. YouTube’s “Baby Shark” was the most-watched with 67.5 million views on the week, adding to the video’s staggering 4.9 billion lifetime views. Along with “Baby Shark,” four other kids videos also received 24 million or more views during the seven-day timeframe.

Newer kids content shows that while some older favorites are still earning views, the same categories that were hits in 2019 are giving way to different ones during coronavirus-related quarantines.

Looking at a time period from March 12-19, Tubular noticed several major shifts in popular kids categories, with average V3 (views in the first three days from uploading) for fairy tale-related videos increasing 74% compared to the year 2019. Average V3 for kids franchises jumped 22%, while kids music videos jumped 21% compared to 2019’s results. Kids animation was also a big winner for the March 16-22 timeframe, with the category recording its second-highest view count (across Facebook and YouTube for a single week) in the last three years. 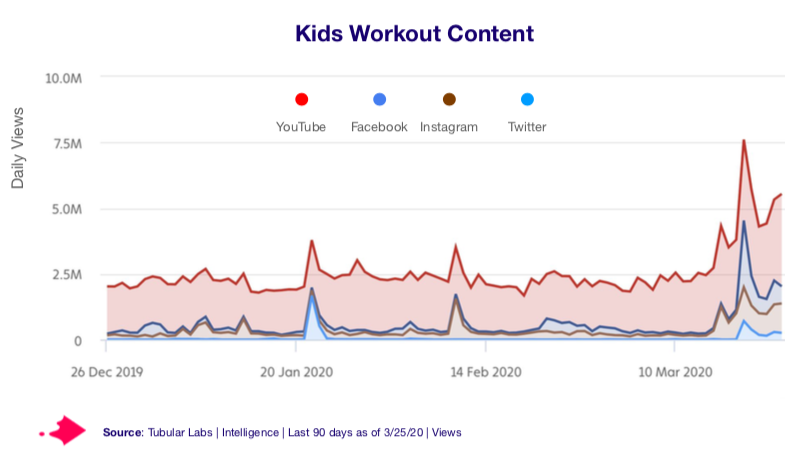 Without physical education classes at school right now — and with no playgrounds to utilize — social video is also serving as a substitute for kids. Cross-platform (Facebook, Instagram, Twitter and YouTube) views of kids workout videos have climbed to more than 5 million per day; well above what’s been typical over the last 90 days. Kids hand-washing content (as an education tool for how to get children to be better about cleanliness given current circumstances) has been even more popular, hitting more than 7 million views per day starting just after March 10.

Different platforms also seemed to yield different results for getting kids to stay tuned in — and for parents to stay focused on work. On Facebook, average V3 was highest (90,000 views per video) for content lasting between between 2 and 10 minutes. But on YouTube, the sweet spot was actually content that lasted more than 20 minutes (141,000 views per video). These are notes to keep in mind for creators not native to kids content, too. Measuring March 12-18 against the prior seven-day period, Tubular recorded a 69% increase in kid-oriented content from DIY creators and a 28% increase in kid-oriented content from food and drink creators.

As quarantines are slated to last at least the rest of this month, and quite possibly longer, it seems natural to see even more kids content uploaded to social video throughout April. With production halted for most linear TV networks, this creates an opportunity for supply to meet the increased demand of children staying home and needing distractions. As Tubular’s data shows, this isn’t limited to traditional kids creators either — something worth keeping an eye on as creator strategies become more obvious.