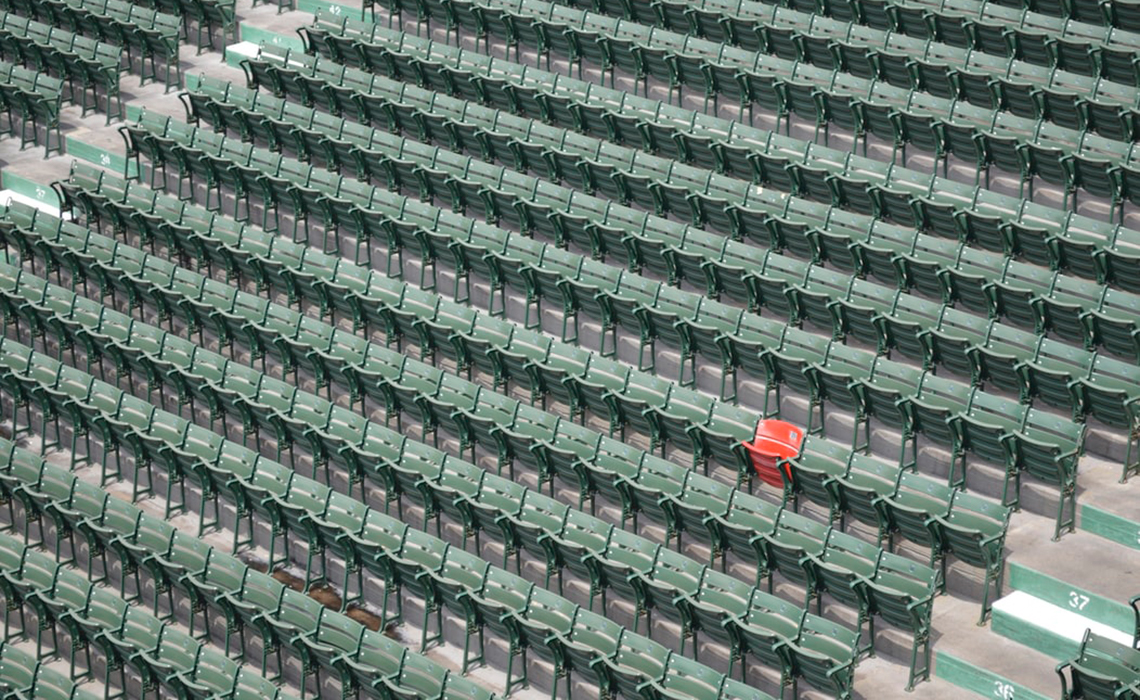 How U.S. Sports Are Publishing On Social Video Without Games Being Played

It’s already been two weeks since pro sports games were last played in the U.S., and the absence is not getting any easier for fans to deal with–whether they’re longing for the NBA, NHL, or MLB, which would’ve started its regular season this week. But while the coronavirus-enforced loss of matchups is tough for fans, it’s tougher still for the teams and leagues themselves, which now have to figure out how to keep fans interested during an extended hiatus from actual games.

Teams are used to it, to some extent. During the offseason, there are highlights to show and fan contests to publish. But that’s also following the finality of the season before. A team can point to the full results of a completed season and look back on that. With the NBA and NHL postponing games just a month away from the playoffs, and MLB would normally be ready to start the regular season, it feels like a bit of a cliffhanger right now. Some franchises are figuring out how to adapt, however. 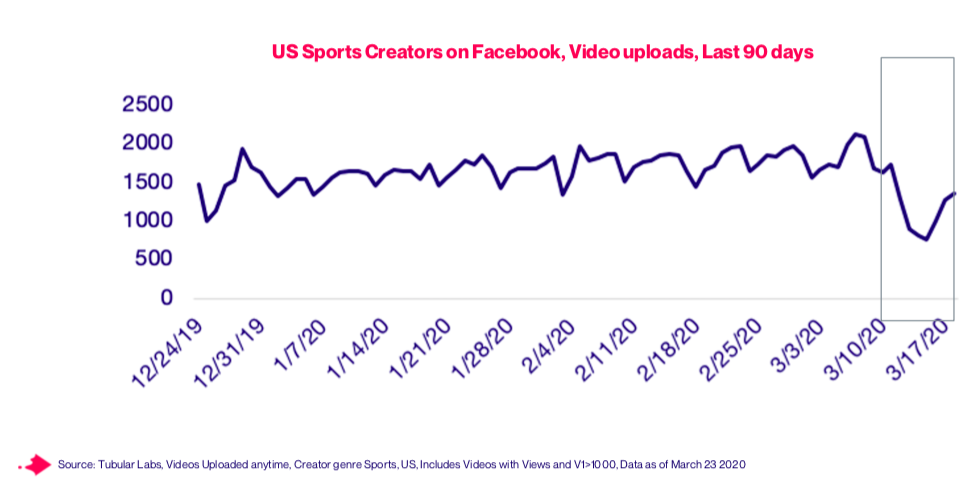 In the above graph from video analytics firm Tubular Labs, you can see the steep decline in uploads from sports creators once the games went dark. It might have taken a week to iron out exactly how to handle the new reality without new highlights, but the more recent uptick shows at least some movement in the right direction. Looking specifically at pages owned by the NBA, NHL, and MLB, Tubular data shows over 396 million views across Facebook, Instagram, Twitter, and YouTube between March 12 and 27.

Since March 12, the leagues themselves do seem to be doing the best job of creating popular videos that get in front of fans. Of the top 10 videos created by the NBA, NHL, and MLB (and their teams), six were from the NBA’s main feed and four were from the MLB or its Spanish-language content feed, Las Mayores. Spanish-language content has actually been a big driver for MLB, in particular, with the Las Mayores feed (just on Facebook) driving 10.6 million views since May 12, compared to 39.2 million for MLB’s main English page.

On YouTube, the top creators in this cohort have mostly come from the NBA. The league leads all creators from the group with 11.8 million views, followed by the NHL (951,000), MLB (773,000), and then basketball’s Milwaukee Bucks (351,000), Dallas Mavericks (328,000), and Golden State Warriors (310,000). Though the NBA was still the top creator on Facebook with 34.9 million views in the timeframe, MLB (26.4 million) and the NHL (21.4 million) were much closer on that platform. The top four team-specific creators were also NBA teams there (a list that includes the Los Angeles Lakers, the Warriors, San Antonio Spurs, and the Bucks).

Many of these themes–and teams–stayed pretty consistent no matter the platform. On Instagram, the NBA led, while the NHL and Warriors actually generated more views than MLB. Nearly three quarters of the top 20 creators were owned by the NBA on that platform. For Twitter, things were a little more evenly matched, though. There, the NBA just edged out MLB in views (15.9 million to 14.8 million), with two NBA teams and two MLB teams among the top 10.

Of the top videos across platforms, most have appeared within the last week, showing that teams and leagues are only getting better at sharing content that’s resonating with fans (and/or fans are getting progressively more bored). Hopefully this isn’t put to the test in a long-term hiatus for sports. But most indications say we’re likely waiting at least another month for action to return.