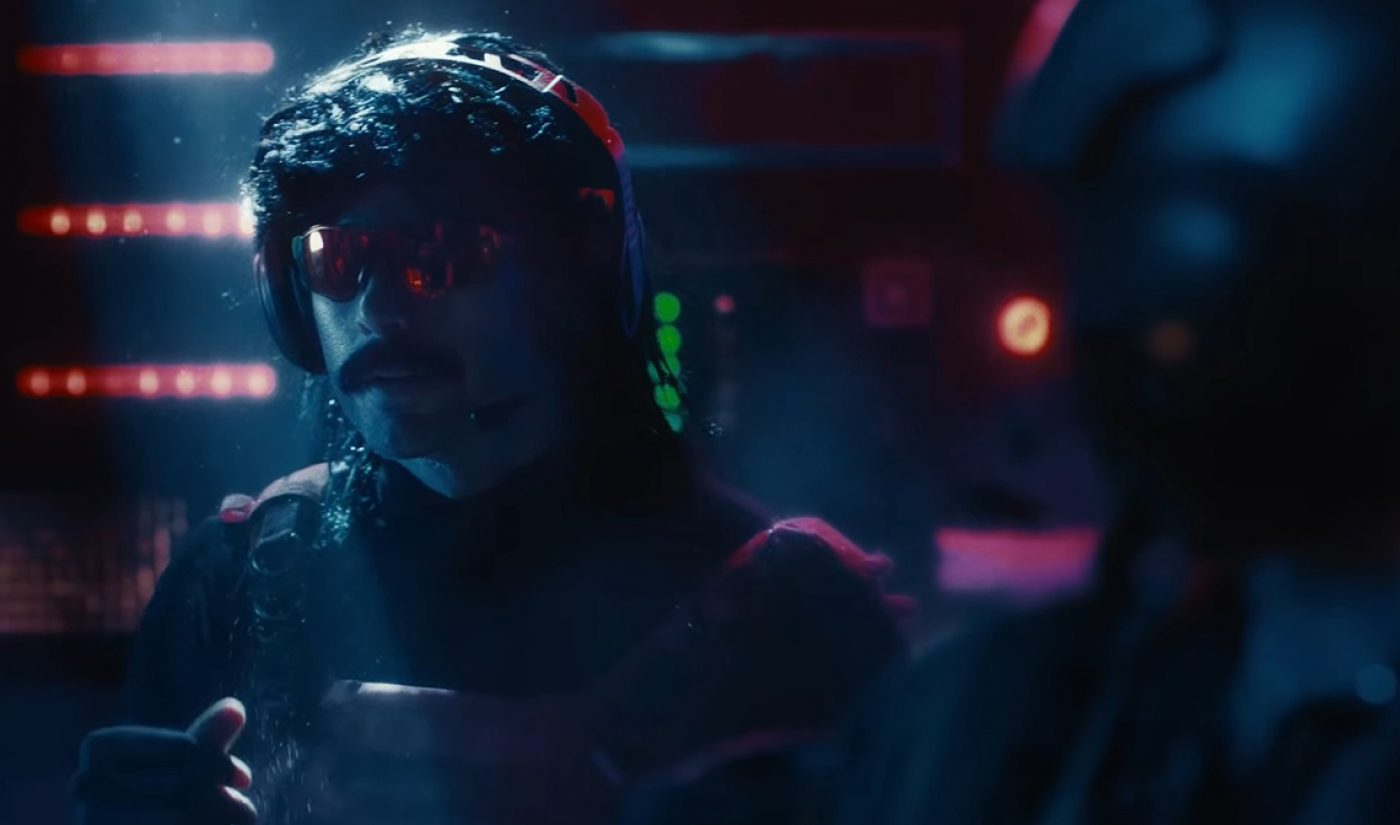 The 38-year-old streamer (real name Guy Beahm) is known for being almost constantly in character, clad in his omnipresent on-stream uniform of mullet wig, mustache, iridescent sunglasses, and tactical vest. He’s also known for his skill with first-person shooters like Apex Legends and his explosive rants when things in said first-person shooters go sideways. Beahm has been making content full-time on Twitch since 2015 (save a two-month break in 2017 and a two-week ban last year for livestreaming from the bathroom of E3) and has amassed more than 4 million followers on the platform.

His exclusive livestreaming deal, like Pokimane’s, is a ripple effect of Ninja leaving Twitch for competitor Mixer back in August. In the months since, Twitch, Mixer, YouTube Gaming, and Facebook Gaming have all scrambled for exclusive deals to retain their own top talent and poach everyone else’s.

Twitch has announced most of its post-Ninja deals with GIFs or short videos, but for Dr DisRespect, it went all-out, producing a two-and-a-half-minute cinematic. In it, Beahm is being prepped to drop out of an aircraft. When one of his pilots inadvertently offends him, he breaks into one of his trademark gaming rants.

But then things get a little more sentimental. “Years ago, I started my hotshot gaming career in a small room with an old 1800s antique desk my mom gave me, and a $300 Hewlett-Packard computer,” he says. “Everyone has a dream, a purpose in life. I’m at the tippity-top of the mountain, but I’m only halfway up.”

He pauses dramatically, then declares, “You’ll realize someday that every man must decide to hit that ‘Start Streaming’ button.” Beahm flings himself out of the aircraft (built on a soundstage in Glendale, Calif.) and laughs maniacally as he skydives down to a glowing building topped with a Twitch logo.

Streaming to billions around the world, only on @Twitch pic.twitter.com/nwfsjDJCWj

This deal announcement isn’t the only cinematic project Beahm is involved in: he recently signed with the team behind AMC‘s The Walking Dead to produce a scripted series based on his Dr DisRespect alter-ego. He’s also writing a memoir about his persona for Simon & Schuster.

Twitch hasn’t publicly confirmed the financials of Beahm’s (or anyone else’s) deal, but The Verge reports he received millions to stay on the platform. The outlet adds that Pokimane received $4.5 million to stay, and Ninja was lured away by a $20 million offer from Mixer that beat out Twitch’s proposal of $15 million.

Other Twitch streamers who’ve signed with the platform post-Ninja include TimTheTatman, DrLupo, NickMercs, LIRIK, and NickEh30. Those who’ve left for other platforms include: CouRage and Valkyrae, who both went to YouTube; Disguised Toast, who moved to Facebook Gaming; and Shroud, King Gothalion, and FaZe Ewok, who moved to Mixer.