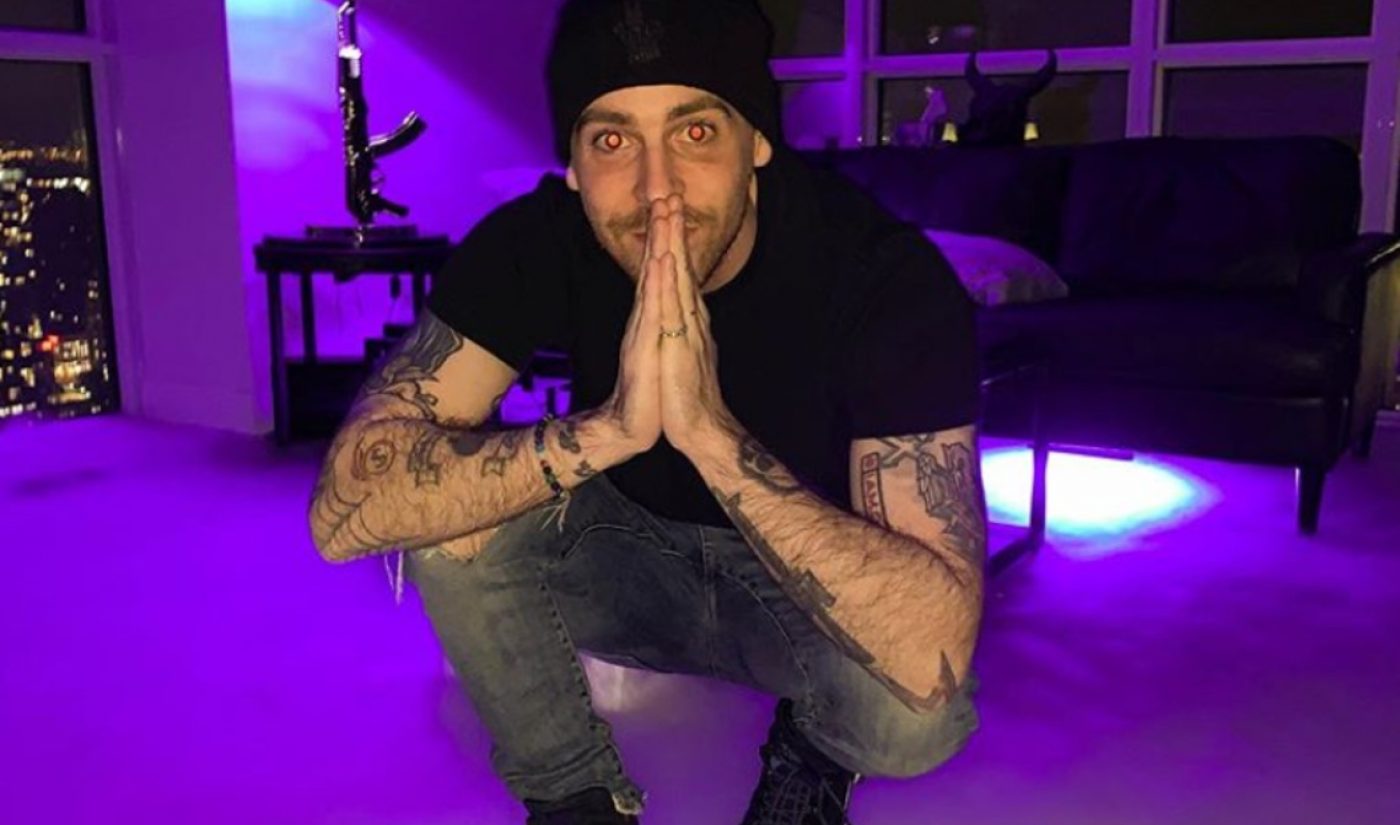 On Friday, Jason ‘JayStation’ Ethier — the YouTuber with 5.5 million subscribers who conceded last month that he’d faked his girlfriend’s death in order to drive subscriptions to their joint channel — announced in a 13-minute Goodbye video that he was taking an indefinite break from the platform.

“I really lost who I was as a person in pursuit of success,” said the 30-year-old, who lives in Toronto. Ethier says he now realizes the error in his ways — namely using content involving deceased people for attention. It’s a trend he says has subsequently been picked up by other channels, for which he expresses his regret. “I don’t know how long I’m gonna take a break for — could be a week, could be a month, could be a year.”

Ethier’s Goodbye video was published on Feb. 21, as YouTube confirms to Tubefilter that it suspended monetization on Ethier’s channel roughly one week ago. The punishment was not incurred immediately after Ethier admitted to faking the death of his girlfriend, fellow creator Alexia Marano, in late January — even amid persistent outrage from observers and a Change.org petition signed by 3,000 people asking for Ethier to be booted from the platform. Instead, YouTube says the demonetization decision was precipitated by Ethier’s arrest on Feb. 3 on charges of assault and assault with a weapon.

In explaining its punishment, YouTube cited a policy unveiled in Feb. 2018 — in light of the now-infamous Logan Paul ‘suicide forest’ controversy — whereby the platform can take a look at the broader context and impact of a creator’s bad behavior, even if it doesn’t explicitly violate the platform’s community guidelines. YouTube says it employs this policy to take action on a rare basis, but does so to protect its larger ecosystem of creators, viewers, and advertisers.

In the case of Ethier, YouTube says it had been actively monitoring the situation from the outset, but took another look at the case after Etheir’s arrest. While it’s unclear whether Ethier’s arrest was related to the stunt, in his video copping to the ploy, Ethier also told viewers that Marano had claimed that he’d assaulted her, and that police had issued a warrant for his arrest. He is reportedly due in court on March 16.

YouTube said that it has not taken action against Marano’s channel, which counts 70,000 subscribers.  Since addressing the scandal in two of her own videos late last month, she has been fairly active posting various challenge, DIY, and eating videos. And the former couple’s joint channel, Dream Team (344,000 subscribers) — which has been wiped save for one video from Ethier —  has not incurred demonetization either, according to YouTube.

JayStation will have the opportunity to regain monetization, YouTube says, with the broad caveat that he must address all relevant issues with his channel. For comparison’s sake, in the case of Logan Paul, pre-roll ads returned to Paul’s channel roughly two weeks after YouTube suspended them, though he remained on probation for 90 days — meaning that he was ineligible to appear on the ‘Trending’ tab or in any notifications for non-subscribers.

In his Goodbye video, Ethier says he has deleted many offensive videos from his channel that had previously garnered roughly 100 million views, including those touting gay jokes he now deems offensive, as well as clips in which he beefed with fellow creators. Ethier concluded his Goodbye video by seeming to address the punishment head-on.

“Thank you for YouTube. They didn’t delete my channel, but they could’ve, so I’m thankful that they didn’t,” he said. “Not only did I put my own self in danger, I could’ve put all the other creators in danger, too. What if there was an ‘Adpocalyse‘ all because of me? I’d affect so many people just because I’m wreckless, just because I want attention that bad.”