“We Are Going To Be The Best”: How Newly Launched TalentX Plans To Become Every Digital Star’s Dream Management Company 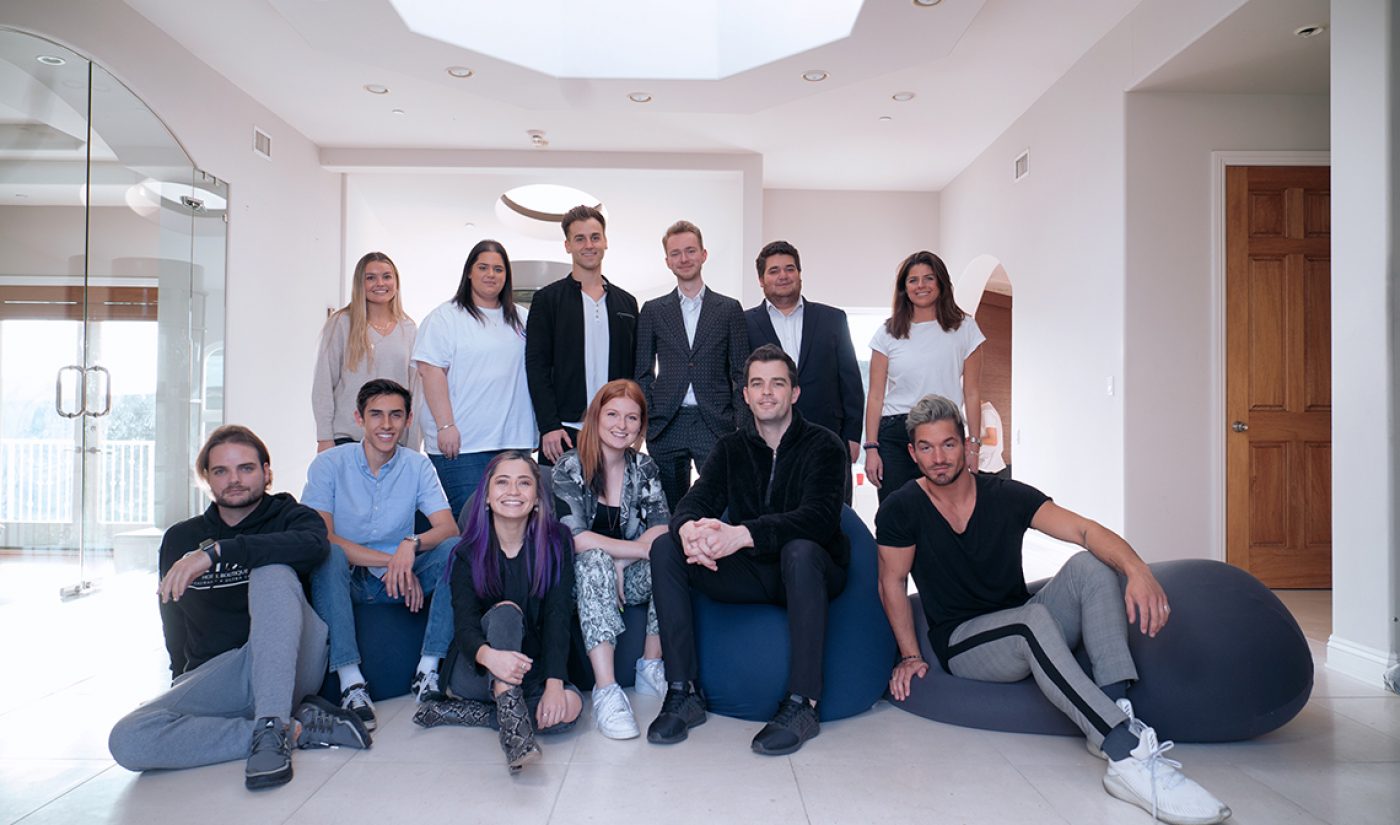 That’s a bold claim, but Wilhelm arguably has the chops to make it. At 17, he became managing director of talent for prominent esports org SoaR Gaming, which represents nearly 80 creators and pro players focused on popular competitive games like Fortnite, Call of Duty, and Apex Legends. He went into the job with an affinity for esports, but watching over SoaR’s roster gave him a new passion: talent management. When he left SoaR, it was reluctantly, but he just couldn’t pass up the high-profile opportunity to spearhead the then-world champion Sacramento Kings‘ involvement in the NBA‘s 2K League. The Kings position fed Wilhelm’s enthusiasm for esports, but the longer he was there, the more he realized what he really wanted to do: “I wanted to get back into the talent space.”

A friend suggested he give independent management a try–so he did, amassing a 25-client roster that included Infinite (14.5 million subscribers on YouTube), Serum (3.33M), Salty (1.55M), and Dysmo (1.3M). Then, in late 2018, he was approached by Studio71 to become its director of gaming. He spent the next year building out the digital network’s gaming sector–but while it was work he loved, by mid-2019, he was ready for something new.

A management company run by creators, for creators

Wilhelm has brand-building experience, and so do fellow management-side TalentX cofounders Warren Lentz (former Fullscreen exec, now the company’s co-CEO and chief revenue officer) and Michael Gruen, but what Wilhelm is really nodding to here is the talents of creator cofounders Tal Fishman and Josh Richards.

Fishman, who’s 23 and TalentX’s president, is the creator behind Reaction Time, a massively popular video brand that comprises a YouTube channel (14M subs and more than 100M monthly views), a Facebook presence (4.6M followers), and an Instagram account (979K–plus 1.6M for Fishman’s personal page). He also shares a second channel, Free Time, with his brother Adi; that channel has 2.5M subs and 12.5M monthly views.

Wilhelm says Fishman and Richards have been instrumental parts of that rapid growth.

Having Fishman and Richards as execs is emblematic of TalentX’s overall “creator first” philosophy, he adds. “What that means is before we as a company make a decision, we ask ourselves to take a step back and think, ‘How is this going to benefit our creators? How is this going to help us advance their careers?’”

By now, it can’t have escaped notice that TalentX’s core team is all Gen Z–something they think is a key asset when it comes to understanding and developing rising talent from TikTok and, eventually, the next big platform.

Like Wilhelm, Gruen has a significant amount of experience for someone barely out of their teens. He began working in sports at 13, and at 15 became the youngest registered agent to work with NBA players. He dabbled in marketing and fintech, then became senior vice president at 3PT Sports Management, a role that had him working with athletes such as former NHL star Bernie Nicholls, NBA player Willie Reed, NFL player Bobby Hart, MLB player and broadcaster Nelson Figueroa, and NCAA basketball tops like J.J. Frazier and James Farr. He’s now using his combined skillsets to find digital creators, bring them into TalentX, and help them further monetize their platforms through brand partnerships.

“I try to limit promises and talk more about overall vision and what I see for them,” he says. “Everyone likes to tell them, ‘Oh, you should be acting, oh, you should be that.’ It’s like, why am I telling them what they should be doing? There’s a reason they are where they are. It’s our job to hear them out and shape their vision, but it’s got to be their vision. It’s got to be what they want to do. Otherwise they’re going to quit. You can’t have longevity if you don’t love it.”

For now, TalentX’s plan is to grow bigger and better than anyone else. They’re intent on pulling in the best and brightest people for their team and their creator roster. “We’re hiring nothing but rock stars,” Wilhelm says. When he spoke to Tubefilter, TalentX had 15 employees. Wilhelm says by the end of February, they’ll likely have 25.

“We’re expanding extremely fast, and it’s because we want to be able to say to every creator we sign, ‘You are being taken care of,’” he explains. “‘You have an actual team around you that’s really focusing on you and building your brand.’”

One brand the company has already established is SwayLA–and its quick rise is exemplary of the brand-building TalentX touts. SwayLA, put together in January, is a Los Angeles mansion (similar to but not to be confused with the Hype House) full of TikTok creators TalentX manages and develops on a daily basis. Residents are Richards, Reeves, Cyr, Jaden Hossler (3.8M followers on TikTok), Bryce Hall (2.7M), and Griffin Johnson (2.7M). As a household, they’re snagging partnerships with companies like Young & Reckless and creating shared content for their pages and the house’s own social accounts.

TalentX launched SwayLA’s Instagram Jan. 5, and its YouTube channel Jan. 27. Sixteen posts and three videos later, the accounts have a combined following of more than 550,000 people.