Creators Going Pro: Walk Off The Earth’s Gotye Cover Went Viral On YouTube. Less Than A Month Later, They Had A Record Deal. 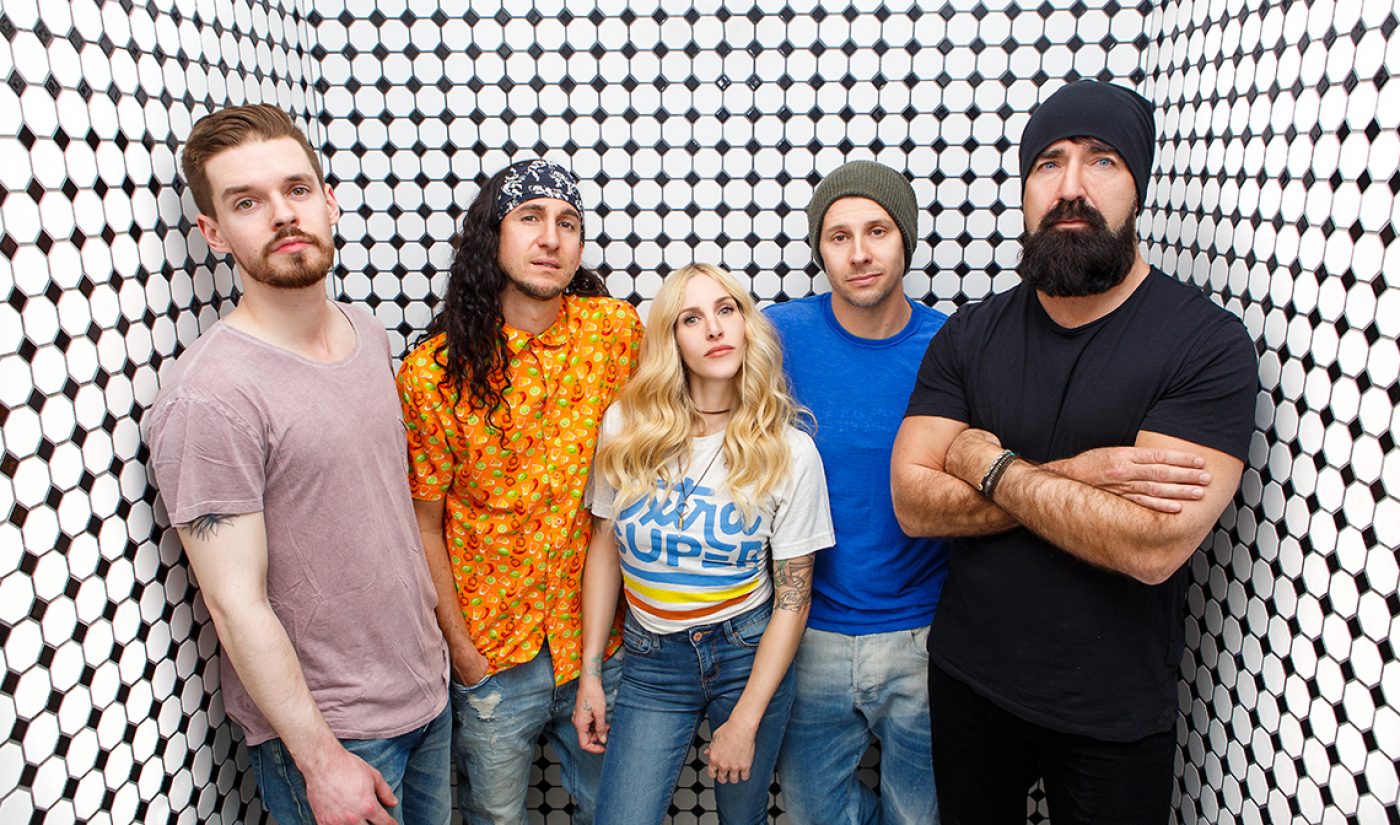 We’ve profiled a diverse array of people here on Creators Going Pro, from gamers to comedians to paranormal investigators, from professional eaters to clothing designers to actors to hair stylists. As different as these creators, their careers, and their approaches to business are, they’re all linked by one common thing: YouTube changed their lives. And that might be most apparent in the story of today’s featuree.

Way back in 2006, a group of five friends from Burlington, Ontario, came together to form a band. They played covers, mostly at local gigs. They were quirky, accentuating traditional guitars and drums with more unusual instruments like the ukelele, mandolin, glockenspiel, and kalimba. They also had a characteristic bit they’d do at live shows, where two people would play the same guitar at the same time–one on high frets, one on low.

When they uploaded their acoustic cover of Gotye’s hit “Somebody That I Used to Know” to YouTube on Jan. 6, 2012, that bit was one of the video’s star features. The band’s members at the time–Sarah Blackwood, Gianni Luminati, Joel Cassady, Ryan Marshall, and the late Mike Taylor–all shared one guitar for the entirety of the song, strumming, plucking, and even drumming their hands on it to replicate Gotye’s rhythm.

The band, Walk off the Earth, had shared their covers on YouTube before, and had seen decent success, amassing around 20,000 subscribers. But the reaction to “Somebody” was something new. As Luminati told American Songwriter, “I went to bed at five or six in the morning, and by the time I woke up around 11 a.m. it was well on its way around the world. We were already getting talked about on local radio stations.”

Their video got 38 million views in two weeks. Twenty days after the upload, Walk off the Earth featured on Ellen DeGeneres’ show, where they performed the song live. Then, in February, they signed with Columbia Records, which released their first major-label album, R.E.V.O., in 2013. (It debuted at No. 90 on Billboard’s U.S. charts.)

Incredible week at radio for our song I’ll Be There!🎶Thank you all for listening and requesting, can’t wait to see all you WOTElings on tour soon! 🚌 💨 #HEREWEGOTour pic.twitter.com/kYxdgF4EMj

In the years since, Walk off the Earth has released two more albums, Sing It All Away and Here We Go!, has gone on multiple international tours, and has won a CASBY Award, several Canadian Radio Music Awards, and a Streamy (for its 2018 cover of “Girls Like You”). It now has three members–Blackwood, Luminati, and Cassady–who still regularly upload videos to their YouTube channel, which has grown to 3.81M subscribers and gets around 7M views per month.

Blackwood tells Tubefilter that back in their early YouTube days, the band used an iPhone taped to hockey sticks to film their videos. While their modern uploads are a bit less lo-fi visually thanks to eight years of tech evolution, most of Walk off the Earth’s videos (behind-the-scenes moments at performance venues, clips from rehearsals and downtime at home) are still filmed on or livestreamed from a smartphone and sent straight out to fans.

And that’s not likely to change. “The fans are the reason why we are here,” Blackwood says. “We’ll never forget that.”

Tubefilter: Tell us a bit about each of you! Where are you from? How did you get into music? What drew you together as a band?

Sarah Blackwood: We were all from the same town. The music scene amongst our friends here was pretty big, as there wasn’t much else to do, LOL. Through years of blood, sweat, and tears, we ended up together to take over the world!

Tubefilter: What made you decide to start sharing your song covers on YouTube specifically? Was there a reason you chose it as your foundational platform?

SB: Well, it was a rising social media platform at the time, and we just wanted to share our videos with the world to see what would happen! We discovered that you could do a three-week tour and exhaust yourself playing in front of a total of 300 people. Or we could create something awesome at home with an iPhone and some instruments, and 10,000 would watch it overnight.

Tubefilter: In January 2012, you went massively viral with your cover of “Somebody That I Used to Know,” and one month later, you signed with Columbia Records. Did your YouTube virality play an instrumental role in that signing, and/or in the growth of your careers since?

Tubefilter: You still use your YouTube channel quite a bit to connect with your fans. Why is maintaining this kind of connection vital for you?

SB: The day we came out of our mothers’ VJJ.

SB: Work hard and create quality content. Invest in yourself and practice so you keep getting better. Set your goals high, and then, when you reach those goals, set them even higher. And then, just when you think you have reached your top height, set higher goals. Basically, just keep going higher.

Tubefilter: How has your team grown from your first days on YouTube to now?

SB: Our team is definitely growing. We started off with an iPhone taped to some hockey sticks and minimal knowledge, editing with iMovie. Our goal is to grow our empire–and that’s what we continue to work toward.

SB: Staying humble and always knowing that if you’re not creating, somebody else will!

Tubefilter: What’s next for you? What are you building toward?

SB: The happiest lives we can possibly live, doing what we love.