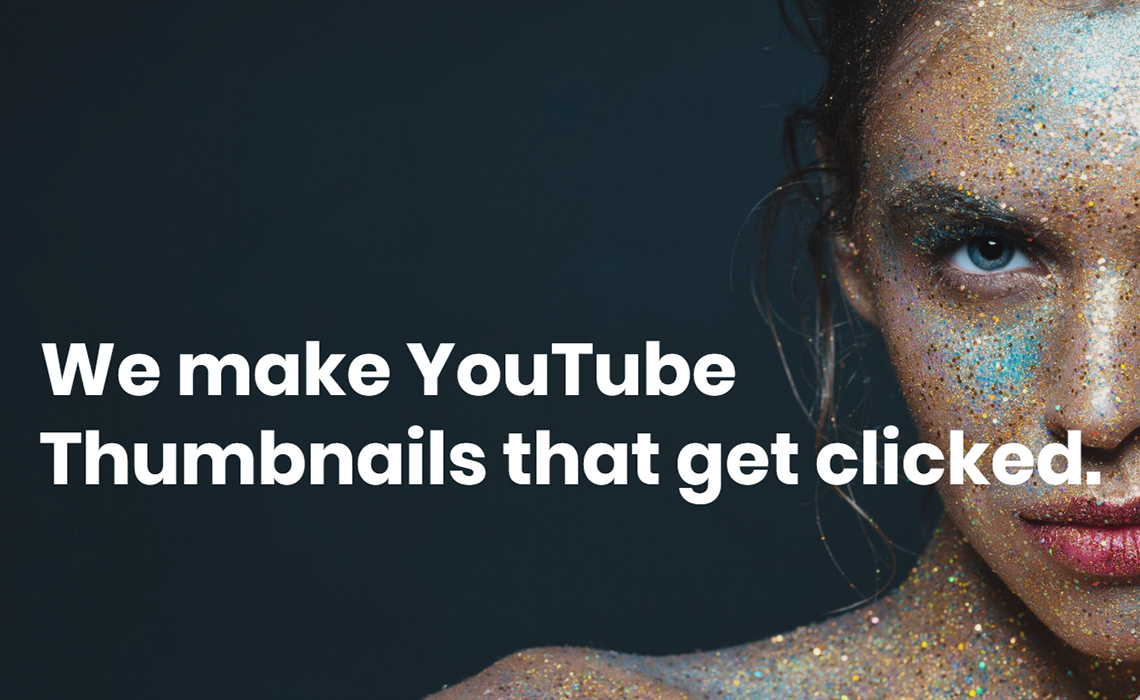 When users are scrolling YouTube’s constantly expanding library of content, looking for the next thing to watch, videos have mere seconds–sometimes fractions of seconds–to catch their attention. And it’s long been apparent the most effective way for creators to make their videos stand out isn’t by giving them all-caps titles or by tagging them with wide-reaching spates of keywords.

It’s by giving them slick thumbnails.

YouTube’s updates to its apps and its recent, dramatic revamp of the home page have given thumbnails increasing prominence, stretching them edge-to-edge on mobile and making them much larger on browser–which means it’s more necessary than ever for that creators focus on making thumbnails accurate, attractive representations of their videos.

That’s where YouTube algorithm cracker Matt Gielen and his new venture, Monster Thumbnails, comes in. Gielen is a longtime digital video expert, having gotten his start in 2012 as Frederator Networks’ VP of programming and audience development. When he left Frederator in 2016, it was to launch his own YouTube consulting and development company, Little Monster Media Co. In the four years since, Los Angeles-based Little Monster has directly generated more than 30 billion views total for clients like Ryan’s World, pocket.watch, Mythical Entertainment, Viacom, Condé Nast, Nickelodeon, MTV, Comedy Central, and the BBC.

Making thumbnails is a vital part of the audience growth services Little Monster offers these brands. “We think and test hundreds of thumbnails every day and night,” Gielen tells Tubefilter, jokingly (or not) calling it an “unhealthy obsession” for his company.

That obsession has led his team to test more than half a million thumbnails across hundreds of YouTube channels for “dozens of different demographics and verticals.” During testing, Little Monster is of course looking for what currently makes a thumbnail work, but it’s also “trying to find what’s going to be the next big thing in thumbnails and positioning,” Gielen explains.

The team’s experience and the knowledge that all YouTubers need smart thumbnails led them to an idea: Why not launch a business where they can provide thumbnails to anyone, not just folks who need their entire suite of services?

“We decided to start Monster Thumbnails mainly because YouTube thumbnails are THE MOST IMPORTANT aspect in the success of any individual video,” Gielen says. “Basically, it’s what viewers use to decide whether or not to give your video a watch. Add to this that thumbnails are an area where even some of the biggest YouTube channels in the world struggle, and it just makes sense that a service like Monster Thumbnails should exist.”

He adds that for Little Monster, “It’s always been a priority of ours to be able to work with more independent creators. This service is a great way for creators to engage with us, in the most valuable way to their YouTube channel, and at a price point that’s far more affordable.”

Monster Thumbnails, launched earlier this month, offers its services via scaling monthly subscription. Creators can get 10 thumbnails per month for $165, 20 for $300, and 50 for $550. These thumbnails can be for new videos, or to replace thumbnails on old uploads. Once a creator subscribes, a Monster Thumbnails team member will get in touch within two business days for setup, which includes sending over the videos that need thumbnails.

As for the thumbnails, they’re all made by Little Monster’s graphic design team, and each is reviewed and approved by one of the company’s senior YouTube strategists before it’s sent out.

“Thumbnails for Monster Thumbnails will be cutting-edge and not just look like everyone else’s on the platform,” Gielen says. “Since each creator, and each audience, is unique, we think their thumbnails should be, too.”

You can check Monster Thumbnails out here.