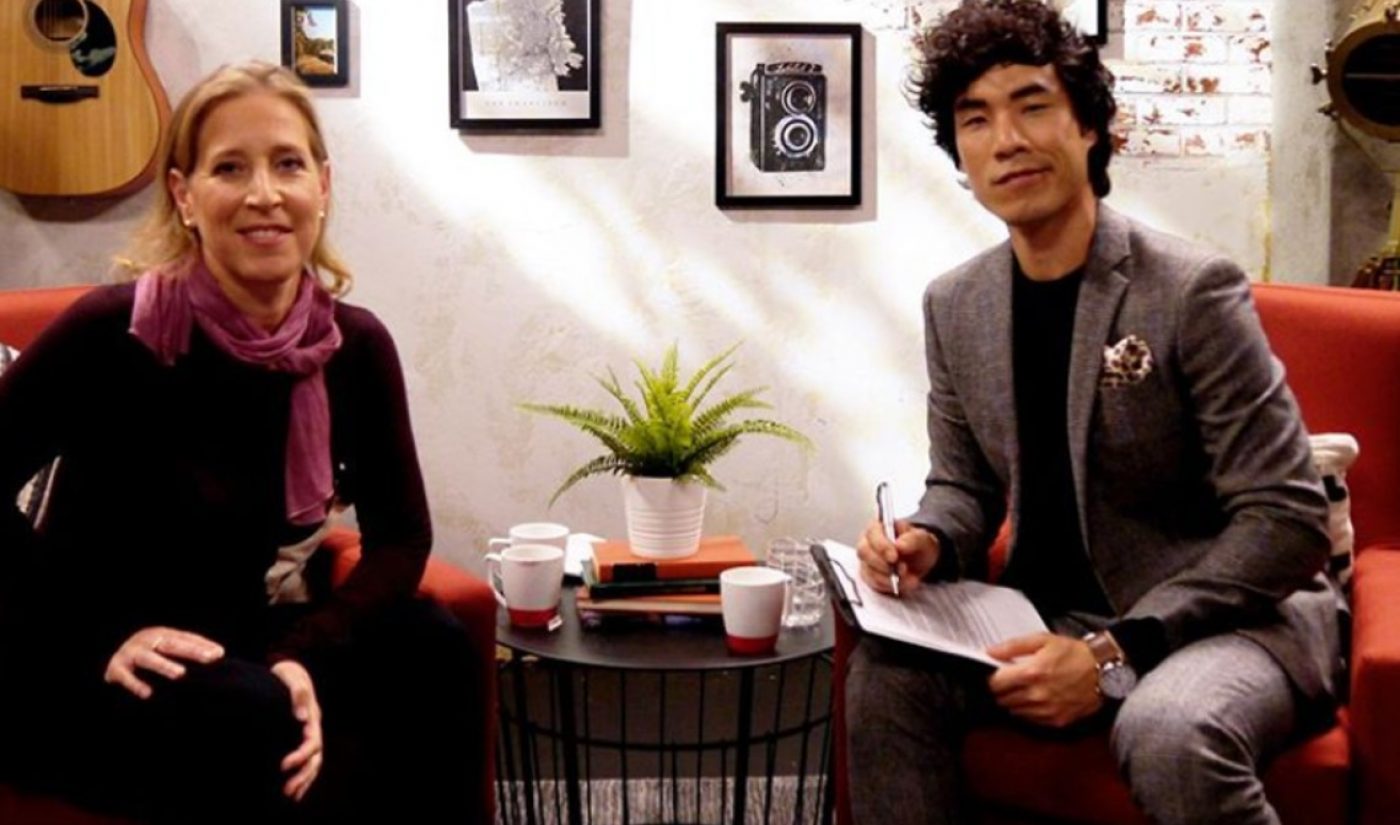 YouTube CEO Susan Wojcicki is forging onward with the platform’s push toward transparency by sitting down with yet another creator on camera for a wide-ranging interview.

Following similar conversations with Matthew Patrick, Juanpa Zurita, Alfie Deyes, and Prajakta ‘Mostly Sane’ Koli, Wojcicki’s most recent one-on-one was moderated by Try Guys star Eugene Lee Yang. Throughout their 45-minute conversation, Wojcicki touched on a number of timely issues, as well as those that were important to Yang — though she didn’t offer any particularly new information. Topics covered included ongoing demonetization concerns related to YouTube’s recent COPPA settlement (Wojcicki reiterated that YouTube is pushing for more clarity), as well as the platform’s new harassment policy, which seeks to crack down on veiled threats and malicious insults of protected classes.

More broadly, Yang also asked Wojcicki about YouTube’s approach to radical content in an increasingly polarized political climate, and how it deals with creators who are furnishing content on the fringes of the ideological spectrum. He was curious whether the platform might pursue a more “moderate” stance — which has been an existing refrain given that several studies have posited a radicalization pipeline exists on YouTube, pushing viewers towards far-right content. (That said, other studies have found precisely the opposite).

“I will say we are a non-partisan platform,” Wojcicki told Yang of how the company navigates political discourse. “Our Community Guidelines are done on a content basis.” She also called out the platform’s updated harassment and hate policies as mechanisms by which YouTube hopes to keep political conversations simultaneously open and respectful. (“Good luck with respectful,” Yang retorted).

Lang mentioned a recent study by Penn State, which found that YouTube had nothing to do radicalization. Instead, the study concluded that an audience for radical, right-wing content has always existed, and that YouTube was merely serving as a new facilitator for an audience that was previously underserved.

“What we have seen is that YouTube is more likely to actually bring people back more to mainstream type of content,” Wojcicki told Yang, countering the notion that its algorithm served as a radicalizer. “Which makes sense…If there’s content that lots of people are enjoying, that’s a reason for [our algorithm] to recommend that content. So that’s what our conclusion of that has generally been.”