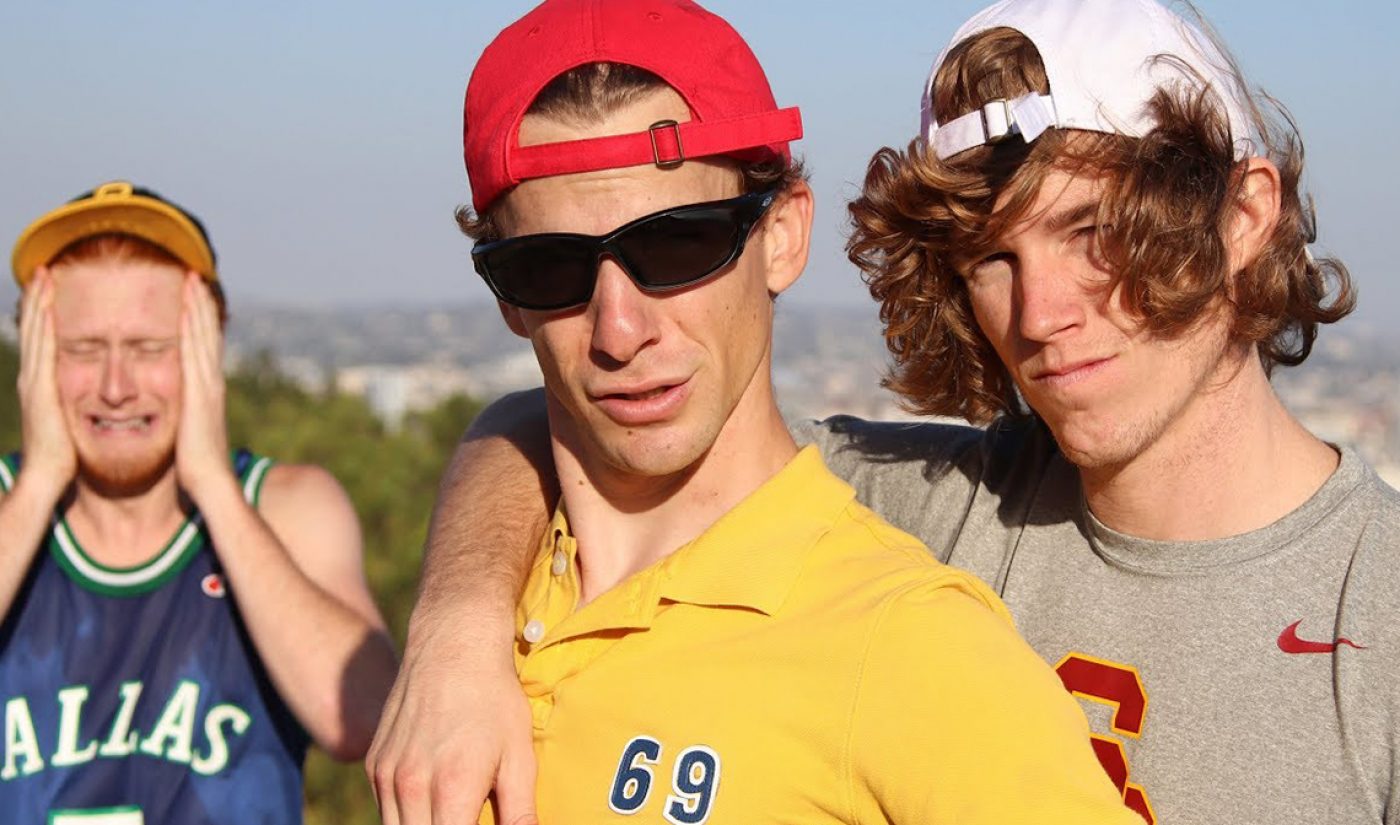 For Cherdleys, there’s magic in improv.

His comedy-focused channel is full of sketches about everything from thirsty f*ckbois to No Nut November to thoroughly ruining beachgoers’ days (below) to dad flexes (also below) to raves to maybe a robbery? to Coachella. Whatever a sketch is about, Cherdleys usually goes into it with a rough idea of what the story is–but that’s it. For him, diamond-quality comedy content doesn’t come from a script. It’s formed from the pressure of being in front of a camera and having to be funny off the cuff in real time.

He, his frequent collaborators/costars, and guest comedians like Gus Johnson and Trevor Wallace bring out the best in each other’s improv skills as they bounce off one another in largely unscripted chronicles that have, over the past four years, seen a steady increase in traffic to Cherdleys’ channel. In the last year, his content has started drawing enough eyeballs–around 8 million per month–to earn him a living, so he’s recently gone full-time, and debuts at least two sketches per week for his now one million subscribers.

Check out our chat with this rising comedy king below.

Cherdleys: It feels good, obviously. My whole YouTube career and life in film kind of flashed before my eyes. It’s nice to know that so many people are into the same kind of weird comedy that I am.

C: I grew up in a small town called Murrieta in southern California. I always loved making videos to test out film techniques and styles, even when I was really young. I had a prank channel back in the day called Simple Misfits that I left to do sketch comedy instead. Then, four years ago, I started Cherdleys.

Tubefilter: What draws you to comedy skits and improv? For you, what’s the magic in that kind of content?

C: I feel that improv in a scene sometimes creates some of the best jokes. People can tell when things aren’t scripted and when they are. I have a basic outline and concept for each idea, but the magic that is created with the pressure of the camera rolling garners great results.

Tubefilter: When you joined YouTube, did you come in with a content strategy or an ideal type of video in mind, or have you developed your content over time?

C: I developed the content and style over time. I’ve always known I liked to do characters, and that’s the one thing I’ve kept for the whole time. The sketches early on weren’t at all great, but slowly developed and became more polished.

C: I feel like the collaborators I work with and the people in the “on the street” videos make the videos stand out. It’s always exciting to see who I have in a video next.

Tubefilter: What’s your production process like? How long does the average video take you to make, from conception to posting? Do you have an editor or intern who works with you behind the scenes?

C: It usually takes around three hours to film, and the videos are around 10 minutes. We’ve filmed many conversation scenes, so it doesn’t take too long to film considering how long the videos are. I have a cameraperson who films all the videos and sometime is in them. We both just started editing together, but it used to be just me.

C: My channel’s been kind of growing slowly until this last year. This last year, I was finally able to live off YouTube alone, so my focus was just toward filmmaking. Consistency is what really grows the channel, I feel like. Keeping to two videos a week helps as well. Also working with really funny people like Trevor Wallace, Casey Frey, Blake Webber, Gus Johnson, and many more. The videos we all do together are always really fun to film.

C: I want to keep making more and more polished videos that are TV-quality. Then trying to develop shows for other platforms, and ultimately making movies is the end goal.

Thank you for a million subscribers!

You can add yourself to the ranks of Cherdleys’ more-than-a-million YouTube subscribers at his channel YouTube.com/Cherdleys.