YouTube Millionaires: Tristan Jass Gave Up College Basketball For Content Creation — And He Knows He Made The Right Decision 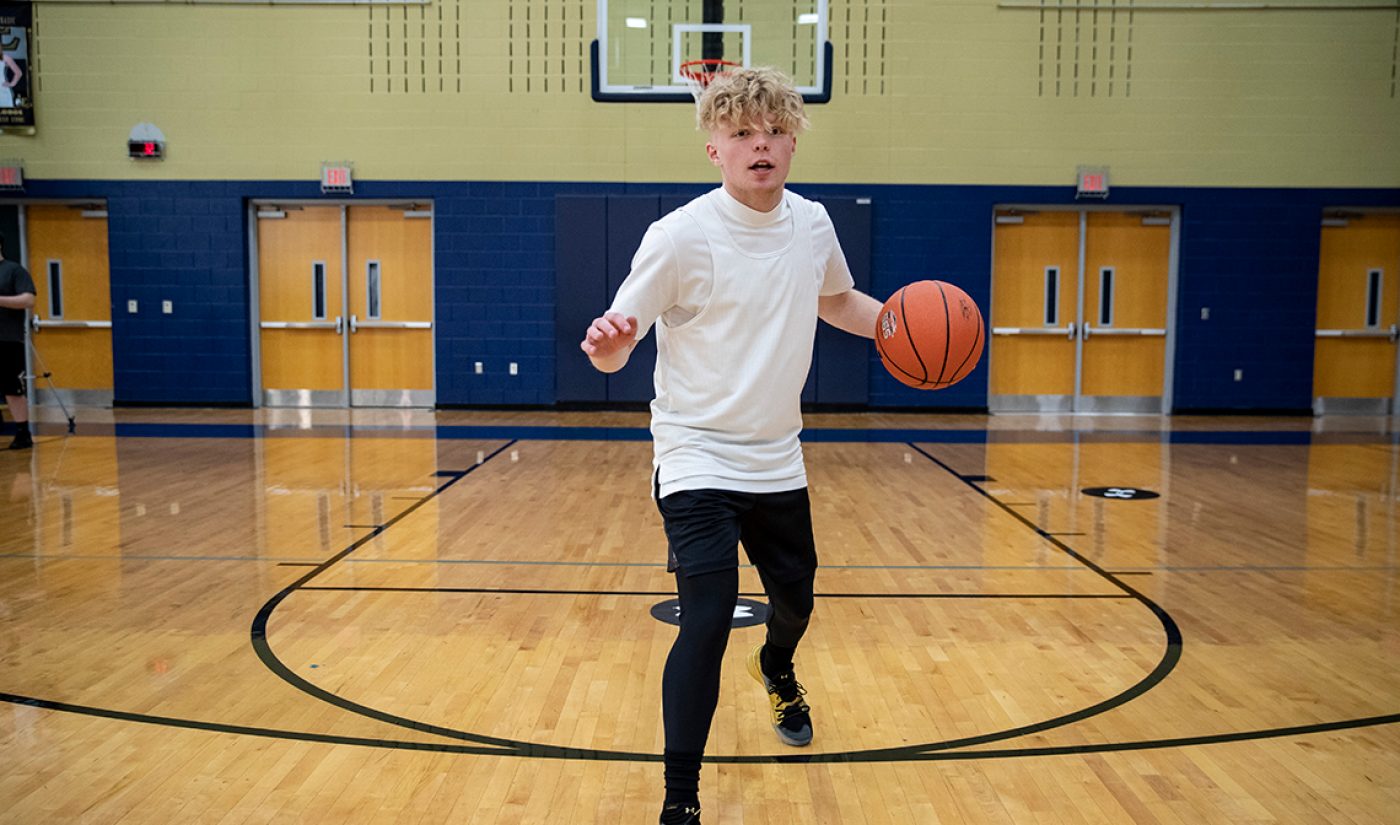 Like many other teen athletes, Tristan Jass uses social media. His Instagram account and YouTube channel have long served as highlight reels where he shares videos of his skills, from casual scrimmages to sick trick shots. And that wasn’t a problem–until he went viral.

In early 2017, Jass posted an Instagram video of himself sending his high school teacher sprawling with a well-timed cross. (For those of you not hip to the sportsball lingo: a “cross” involves a player rapidly switching the ball from one hand to another.) The original video has amassed nearly 300K views and 18K likes, but that’s not quite an accurate measurement of its reach, as it was widely reuploaded across platforms and covered by major sports outlets like ESPN, SBNation, and The Bleacher Report. Jass saw a significant uptick in viewers and followers…and he wanted to keep producing content to retain that audience.

But if he accepted the coveted college basketball scholarship he’d been offered, he would have to shut his accounts down. Not only because, between basketball and classes, he wouldn’t have time to make content, but because the NCAA forbade student competitors from profiting off their own names, images, and athletic abilities. If Jass accepted the scholarship, but chose to keep making content and ended up earning ad revenue from it, the NCAA could yank his scholarship and bar him from college ball. (Current and future college athletes are lucky: the NCAA is about to allow them to start earning profits.)

For years, all Jass had wanted was a basketball scholarship. But his early success as a content creator had made him consider a different, equally appealing career. So he took his shot. Days before he was supposed to head to college, he turned down the scholarship and turned his full attention to becoming a full-time YouTuber. In the two years since, Jass, now 19, has netted more than one million subscribers by uploading near-daily installments of basketball content where he shows off his own skills and the skills of guest stars like Golden State Warriors point guard Steph Curry, Los Angeles Lakers power forward Anthony Davis, and Houston Rockets point guard James Harden.

Giving up college basketball wasn’t easy — but looking back, Jass believes he chose the right path, and that his creator game is only going to get better in the days, months, and years to come.

Tristan Jass: When I hit one million subscribers, I was sitting in a restaurant eating with my girlfriend. I wanted to start crying! It was such a big accomplishment for me! I will never forget that feeling! I want to thank all my fans for the continuous support. Without the fans, I would be nothing, so they mean the world to me!

TJ: My name is Tristan Jass and I am from Kenosha, Wis. Before YouTube, I was working to get a basketball college scholarship. That had been a dream of mine since I was young! After picking up a couple Division 1 offers, my social media started blowing up. I started a YouTube channel doing basketball challenges, and I picked up a following. I called my college coaches a few days before I was supposed to go to college and told them I was not coming. After that, I was motivated to start posting YouTube videos every other day!

Tubefilter: That’s a huge decision, and you must not have made it lightly. How did you decide to choose YouTube over basketball?

TJ: If I had taken the basketball scholarship, I wouldn’t be allowed to or have the time to make YouTube videos. I had a bunch of once-in-a-lifetime opportunities that came up that I had to take. It was a very hard decision for me because I worked my whole life to get a basketball scholarship, but I truly believe I made the right decision.

Tubefilter: When you first joined YouTube, did you come in with a content strategy or an ideal type of video in mind, or have you developed your content over time? Did you change things up after you went full-time?

TJ: I knew that I loved basketball, so I wanted to make my content around it. I feel like my content definitely developed over time. I remember filming my first videos with my phone. After I started making some money off monetization, I reinvested back into my business by getting a camera to film my videos and a nice laptop to edit. My manager, Dan Levitt of Long Haul Management, was crucial in helping my YouTube channel grow faster by helping to set up some key collabs with other big YouTubers early on, and also by helping me better understand how YouTube as a platform works. From there, it snowballed.

TJ: I just try to be different from everybody else. I personally think I stand out because of my super blond, curly hair. I also am able to hit really difficult acrobatic basketball moves that are hard for others to do, so people always want to see what crazy move I’m going to pull off next. I’m also blessed to have a bunch of other YouTubers, celebrities, and NBA players who are fans of what I do, and I have been able to film videos with the likes of Steph Curry, Anthony Davis, and James Harden. My fans love it when they get to see NBA players try some of my trick shots.

Tubefilter: You’re very committed to giving back and supporting charitable causes. Tell us more about that! What causes do you support and why?

TJ: The reason I love to give back is because I used to be a little kid with big dreams, and I lived in a small town where it’s really hard to make it out and make a name for yourself. So when it’s me making an appearance at an elementary school or middle school to talk to the kids, I remember I used to be that same kid sitting there thinking, What am I going to do to make a name for myself? I never would have imagined where I’m at today, so I love giving back when I can and inspiring others.

Tubefilter: What’s your production process like? How long does the average video take you to make, from conception to posting? Do you have an editor or intern who works with you behind the scenes?

TJ: My production as of now is not too crazy. I usually just have a homie film for me and then my other homie edits the video, then we upload.

Tubefilter: People can underestimate how tough it is to build a solid career after going viral. Folks often assume you go viral once and that’s it, you’re rolling in ad money forever. How have you built your career and grown your audience post-viral?

TJ: I feel like people could have one viral video, and then the next day, no one would know who they are — and that is exactly what I did not want to happen with me. I was getting lots of people coming to my page, so I just kept posting crazy videos, and people started to catch on.

TJ: The best part about making content is that it’s just fun. At the end of the day, it’s a full-time job, but it’s so much fun that it doesn’t even feel like a job, if that makes sense.

TJ: I just want to keep expanding my reach to different types of audiences. I want to keep inspiring and motivating the next generation to chase their dreams. My plans for the future is to keep grinding and keep being different!

You can add yourself to the ranks of Jass’ more-than-a-million YouTube subscribers at their channel YouTube.com/TristanJass.