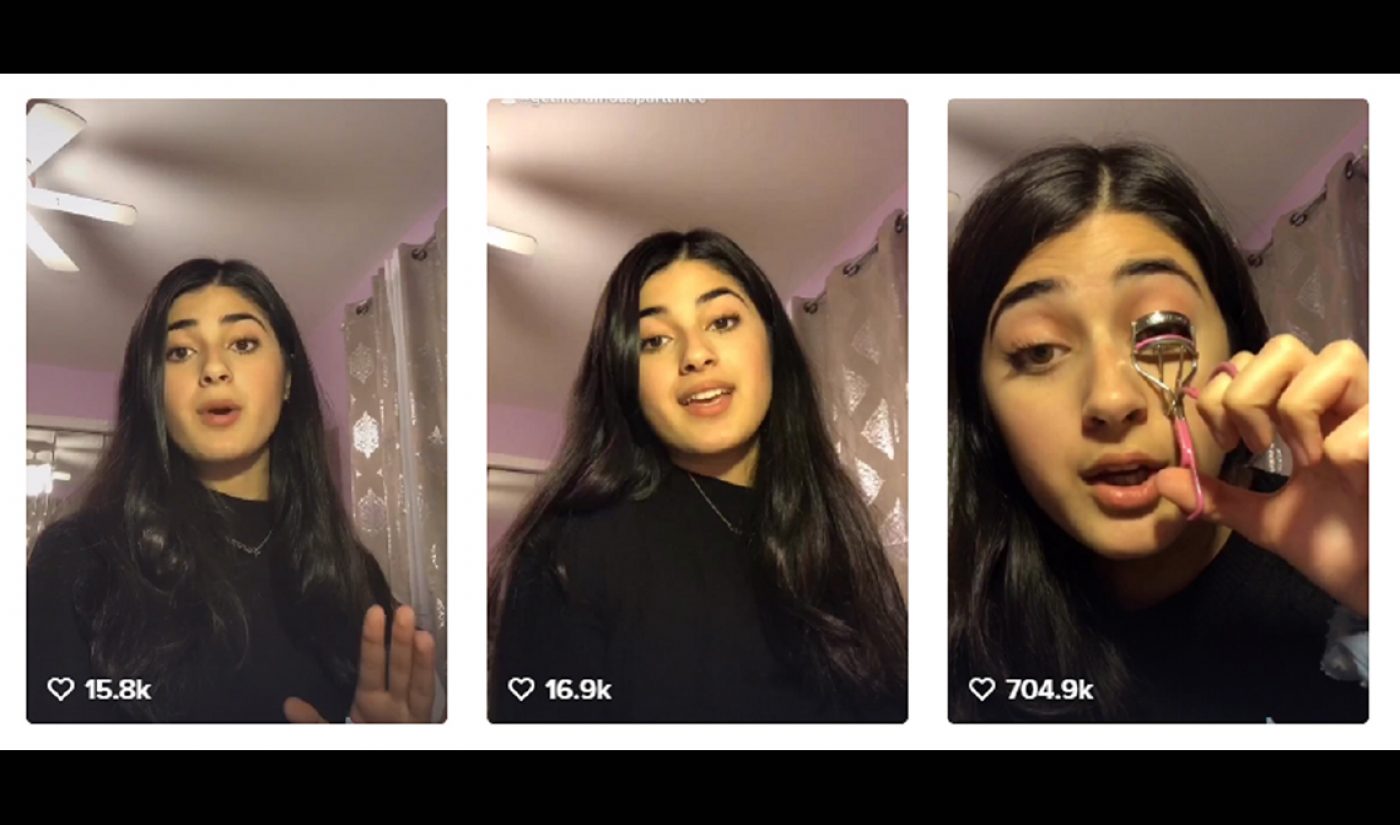 TikTok has posted a public apology to one of its teenage users, Feroza Aziz, for suspending her account after videos she posted about China’s mass incarceration of Muslims in so-called “reeducation camps” went viral.

At first, the videos look like your typical makeup tutorials. In one, Aziz brandishes an eyelash curler, telling viewers she’s going to help them get that longer lash look. But a few seconds in, still speaking in the same calm, casual cadence, she takes a hard left.

“So the first thing you need to do is grab your lash curler, curl your lashes, obviously,” she says. “Then you’re gonna put them down and use your phone that you’re using right now to search up what’s happening in China, how they’re getting concentration camps, throwing innocent Muslims in there, separating their families from each other, kidnapping them, murdering them, raping them, forcing them to eat pork…This is another Holocaust, yet no one is talking about it. Please be aware. Please spread awareness.”

As she speaks, she keeps fiddling with the curler, fixing and refixing her lashes. If a TikTok moderator were to watch it without sound, there’s no way they would pick up on the fact that it’s not actually a lash tutorial — and that’s exactly what Aziz was going for, Business Insider reports.

Like many other users (and non-users, notably politicians), Aziz believes TikTok’s Chinese parent company, Bytedance, has a hand in controlling what content is removed from TikTok. Whether or not it actually does has been a hot topic following the September leak of documents that appear to show TikTok’s moderators being instructed to remove content about political topics, like Tiananmen Square and the fight for Tibetan independence, that the Chinese government disapproves of and actively censors on other forums.

In October, the U.S. government launched a national security investigation into TikTok over concerns that China is using the shortform app to censor Americans. The investigation prompted TikTok lead Alex Zhu to tell The New York Times that Bytedance has no involvement in moderation of TikTok content at all, and that TikTok users’ data is stored in separate servers and never shared with Bytedance. While defending TikTok, however, Zhu did specifically say that he doesn’t believe political content on the app should be controlled…so long as it reflects the “creative and joyful experience” of TikTok.

Aziz’s frank videos about the extensively reported atrocities Muslims in China are facing don’t seem “creative and joyful” once you get into them, but their structure, where they appear to be makeup tutorials featuring someone giving calm and purposeful instructions, were meant to circumvent moderators who might be looking to remove content that could disrupt users’ creative/joyful experience, per BI.

The videos, though, are not the reason her account was suspended — according to TikTok. Soon after they went viral (the embedded video above amassed 1.5 million views on TikTok and then crossed over to Twitter and Facebook to pick up a few hundred thousand more), she got a message from TikTok notifying her that her account was suspended “due to multiple violations of our Community Guidelines.”

In the process of banning @getmefamousplzsir, TikTok also banned the device used to create that account. So, when TikTok underwent “a scheduled platform-wide enforcement,” Aziz’s phone was one of 2,406 banned devices that had new accounts associated with them shut down. Essentially, TikTok is saying the suspension has nothing to do with the recent virality of Aziz’s video, and instead was caused by a routine check for banned devices. The fact that it happened right after Aziz’s video went viral is all just random, happenstance odd timing.

“We would like to apologize to the user for the error on our part this morning,” the platform wrote. Additionally, it promised to undo Aziz’s device ban, so she can continue using her account from her phone.

Aziz responded to TikTok’s statement with a tweet where she clearly indicates she doesn’t believe the timing was a coincidence.

UPDATE: tik tok has issued a public apology and gave me my account back. Do I believe they took it away because of a unrelated satirical video that was deleted on a previous deleted account of mine? Right after I finished posting a 3 part video about the Uyghurs? No. pic.twitter.com/ehUpSJiyy1

“The work of preserving TikTok as a safe, positive, and welcoming environment for our users, while also protecting our users’ freedom of creative expression to post content that may be serious or uncomfortable, is complex and challenging,” TikTok said in its statement. “We remain committed to working collaboratively with our community and stakeholders to achieve our common goal of providing a platform that fulfills its core purpose of bringing creativity and joy to its users.”