Insights: College Sports Is About To Unleash An Influencer Deluge 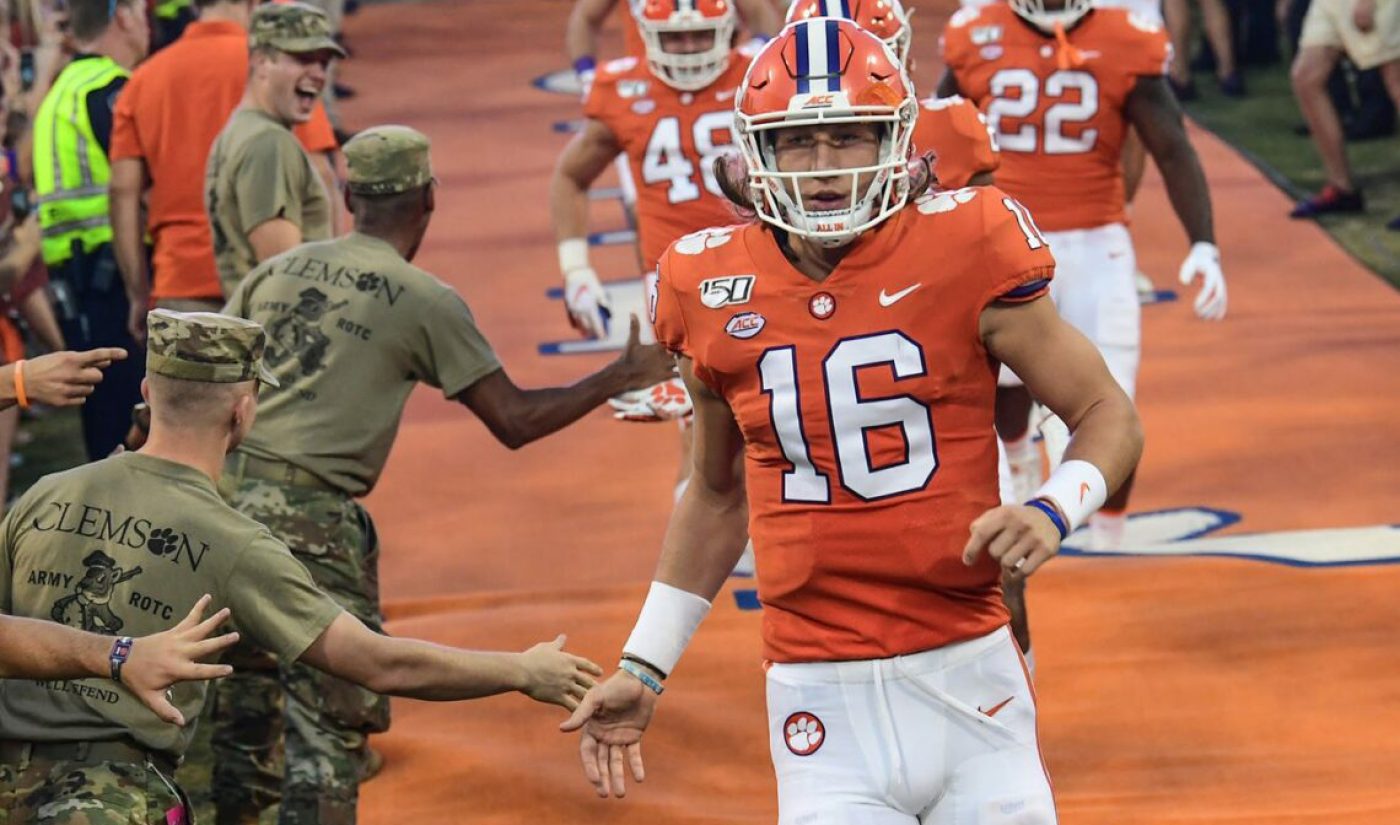 Athletes in college sports have long been relatively isolated from the world of influencers and influencer marketing — but not anymore.

In the coming months, we can expect to see a deluge of athlete influencers who will finally be able to leverage their rising stardom in new ways, make potentially a lot of money, and do it on the social media platforms that have enriched so many young influencers. And we have no idea what’s going to happen next.

I was reminded of this coming, very complicated flood of influencers (in-flood?) while listening to a panel of sports distribution and marketing executives at the Digital Hollywood conference earlier this month in Los Angeles.

“If you think influencers have made things confusing with celebrity endorsements, just wait until you add thousands of student [athletes],” said panelist Autumn Nazarian, SVP of sponsorships with the media agency Mindshare.

The NCAA Gives In

The NCAA, the much-maligned, billion-dollar organization that regulates intercollegiate sports, recently announced that college athletes will be able to make money from their likeness, name, and image. Suddenly, star athletes with an online following may have a chance to make money from it, just like any other 19-year-old with a million ardent followers has been doing for the past decade.

But what this development really means is still a mystery, because new rules haven’t been created, schools haven’t set out policies, and no one’s quite sure what’s next.

One thing’s for sure: it’s setting off some interesting questions. Will a high school athlete make their decision about where to play at the next level based on which school can help their online presence, or help them win a national championship? Will they choose the school with the best athletic program, the best academics, or the best social media marketing team?

And the whole question of how to treat players for so-called non-revenue sports is looming over it all.

“There are lots of questions about equity,” said panelist Henry Watson, VP of distribution and partner marketing for the Pac-12 Network, the pay TV channel owned by the big West Coast athletic conference. “Does the school want its football players making hundreds of thousands of dollars [in endorsement deals] while the women’s rowing team makes nothing?”

Another layer of complication: Title IX, the landmark federal civil-rights legislation that mandates schools spend as much money on teams for its female athletes as it does for its male athletes. Does that 40-year-old legislation extend to influencer income the athletes could make based on their value in the market? Do we want the federal government deciding how much people get to make, instead of letting the market decide?

It’s a big business. USA Today annually compiles a list of the biggest athletic budgets for public universities, typically topped by the University of Texas and Texas A&M at somewhere around $200 million a year. The list doesn’t include private schools, but you can bet multisport powers such as USC, Stanford, and Notre Dame spend something not far below that.

For nearly every school, football pays most of the bills, men’s basketball and sometimes women’s basketball break even, and every other sport is subsidized heavily. How those latter “non-revenue” sports and their athletes will be treated is a big question.

And it’s not just traditional sports  that may get disrupted, Nazarian suggested.

“Esports is a further complication,” she said. “You can’t ignore the fact that for many millennials, that is the national pastime. Sorry, baseball.”

Already, more than 300 schools, including big athletic programs such as the University of Washington and Ohio State University, have esports teams, and many are offering at least partial scholarships to players. And the NCAA isn’t regulating any of that.

So how is this happening?

It started more than a decade ago, with a lawsuit by a former star UCLA basketball player, Ed O’Bannon Jr., who led his team to the 1995 national championship.

O’Bannon was the national player of the year, a classy guy from a classy family, and a featured digital character (though without his name attached) in a video game about college basketball. Neither O’Bannon nor any of hundreds of other college players represented in the game received a nickel from the use of their likenesses.

Seeking compensation for himself and fellow athletes, O’Bannon filed a class-action lawsuit against the game’s developer, Electronic Arts, and the Collegiate Licensing Company. They eventually settled the suit in 2013 for $40 million.

In 2015, a separate but topically related antitrust lawsuit led by O’Bannon against the NCAA won a U.S. Ninth Circuit Court of Appeals decision in O’Bannon’s favor, where judges concluded that some NCAA rules governing athletes did violate federal law. O’Bannon and the NCAA both requested the Supreme Court review the case, but the court chose not to hear it, effectively making the Ninth Circuit’s ruling final. That (non-)ruling opened the door for changes to the NCAA’s frankly antediluvian approach to athletes and moneymaking.

California was the first state to challenge the NCAA, passing legislation in September that directly contravenes NCAA rules and explicitly allows athletes playing for California schools to make money from their own name, image, and likeness.

The NCAA initially threatened to blackball all California schools in response – an empty threat given how many hundreds of national championships have been won by the state’s universities, including UCLA, USC, Stanford, the University of San Francisco, and California State University -Fullerton. Add in the fact that about one in eight Americans live in the state, and the NCAA’s attempt at intimidation looked pretty hollow.

It looked even more empty when about a dozen other states prepared to pass similar legislation. At the end of October, the NCAA reluctantly caved.

So here we are. Marketing executives now speculate that stars such as Trevor Lawrence, the sophomore Clemson quarterback who already has won a national championship, might reap $1 million or more in endorsements before he heads to the NFL.

I’m more interested in what happens for athletes with less obvious but potentially significant opportunities, especially as social media-savvy young athletes leverage their skills online as well as off.

It’s way too soon to know the answers to any of these questions, but this is going to be a wild ride. And no one has figured out where it’s headed.

“I know it’s kind of funny to say, but it will change the purity of the game,” Nazarian said. “Who knows, maybe in 10 years it will thrust us into high school sports.”