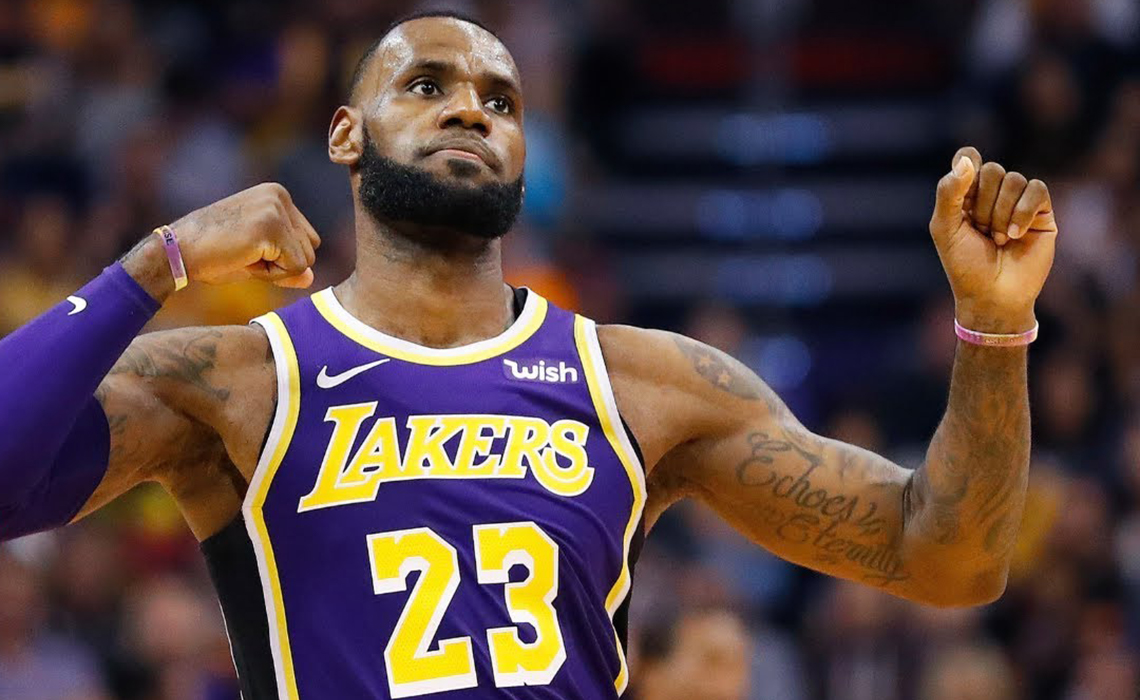 Though the NFL’s long been thought of as the biggest league and pro sports business in the U.S., there’s a potential contender in its midst. The NBA’s grown exponentially in the last decade, buoyed by a generation of transformative stars, global TV deals, and a strong digital presence.

Perhaps most importantly, and most relevant to the NFL’s own climb to the top of the American sports pile, is the fact that the NBA’s also become year-round entertainment. The NBA Draft occurs within days of the conclusion of the Finals, and free agency starts shortly after that. Next is the conclusion of Summer League, then a short lull before preseason begins again — though even that “lull” is populated by years’ worth of preview content from fans and media.

Using data from video measurement company Tubular Labs, we found that the NBA (as a league, not necessarily the individual franchises or players, though those could be included) generated nearly 5 billion views across social video platforms like Facebook, Instagram, Twitter, and YouTube from July 1, 2019, to the season opener on Oct. 21, 2019.

The NBA itself played a large part in that total, with over 520 million views coming from NBA-owned properties, and another 500 million-plus coming from NBA broadcast partners like ESPN, TNT, and House of Highlights (Turner-owned social video). NBA TV generated three of the top five videos, including Throwback: Julie Foudy and Briana Scurry visit Studio J (51.8 million views), #TeamDay | Lucky fan hits half-court shot (48.4 million) and A few All-Stars have new looks for this season! (25.5 million). NBA 2K‘s NBA 2K20: House of Next (27.6 million) and Inspiring‘s This Guy Impressed NBA Stars (24.4 million) rounded out the top five.

According to Tubular, five different teams ranked among the top-10 NBA-owned cross-platform creators in September. The NBA’s main U.S. pages were first, then the WNBA. But the Los Angeles Lakers, Golden State Warriors, Houston Rockets, New Orleans Pelicans, and Milwaukee Bucks all generated at least 10 million views on the month. The NBA’s Latin America feed, and India- and Taiwan-specific pages as well also made the top 10.

Influence across social video goes deeper than the league and teams, however.

Players are clearly cashing in on the NBA’s popularity as well, and many have turned themselves into high-profile social media creators themselves. Tubular data shows that the first day of free agency this offseason (July 1) was one of the two biggest days all offseason for NBA-related videos — only trailing July 6, the day players could officially sign with their new teams. Both days generated over 100 million cross-platform views, as media and excited fans had plenty to say about some of the bigger contracts of the offseason. And 10 of the top 15 NBA-related videos from the offseason were uploaded in July.

Using CreatorIQ, an influencer platform that helps companies run brand ambassador campaigns with content creators, we examined the social audiences and engagement rates of some of the biggest names that took the court during Tuesday’s season-opener: the Los Angeles Lakers’ LeBron James and Anthony Davis. We’ve also included Zion Williamson (New Orleans Pelicans), who is injured, but his Pelicans faced the defending champion Toronto Raptors to start the season. Paul George (Los Angeles Clippers) is also recovering from injury and didn’t suit up in the Clippers’ win over the Lakers.

James is one of the biggest sports celebrities of our time. As such, he blows the other players out of the water when it comes to followers, with an Instagram audience of 51.2 million. But more followers doesn’t necessarily mean more engagement; King James has a “good” engagement rate on recent posts of 2.63% according to CreatorIQ, lower than the other three players.

His audience skews male (74%) with 47% 18-24 years old. Notably, when it comes to his followers’ interests, the friends, family, and relationships category is essentially tied with the sports interest area, with clothes, shoes, handbags, and accessories in a close third. Interestingly, James’s audience is least confined to the United States at just 35%. Plenty of followers come from Brazil (6%), Indonesia (4%), and India (3%) as well.

Hist most-viewed Instagram video from the offseason was actually of his son, Bronny, who threw down a ferocious in-game dunk.

George has 8.3 million Instagram followers and an “excellent” engagement rate of 3.46%. Over half his audience (52%) is between 18 and 24 years old, and 85% are male. As you’d expect, sports is a key interest area for his fan base, followed by television and film, then clothes, shoes, handbags, and accessories. Though he wasn’t overly active on Instagram this offseason, the newly-minted Clippers star did receive over 1.5 million views on the highlight reel below when he was officially traded to L.A.

On Instagram, Williamson has 4.4 million followers. His audience is nearly all male (91%), with the majority (67%) between the ages of 18 and 24. When it comes to the interests of his followers, sports wins out, followed by television and film, and friends, family, and relationships.

Williamson has an impressive engagement rate of 11.71% on recent Instagram posts, which CreatorIQ considers “exemplary.” (Only 2.28% of Instagram accounts fall into that category.), It’s also the best engagement rate of the four players, by a long shot. Zion gained a following as a high school phenom, and then as a standout at Duke for one year before being selected first overall by the Pelicans.

After not being allowed to make a dime off of sponsored content during his one year tenure at Duke, every video Zion’s posted this offseason since leaving collegiate sports has actually been sponsored — including posts in partnership with Gatorade, Nike’s Jumpman, and the film Hobbs & Shaw.

@hobbsandshaw is gonna be amazing. But before you go see it check out what it was like making my very first commercial with my boy @rjbarrett ! And yes, I do my own stunts.

Davis has 4.4 million Instagram followers and an “excellent” engagement rate of 7.47% on his recent posts.

Looking at his audience demographics, 80% are male and 44% are ages 18 to 24. Sports, music, arts, and entertainment are the top three interest areas for his followers. However, there’s a high likelihood we see Davis’ audience grow considerably since he was traded from the Pelicans to the Lakers. The All-Star forward is now in the country’s second-largest media market, and as a result, his social presence becomes an even larger draw. Like Williamson, he also dedicated a lot of his offseason Instagram presence to work with brands, including NBA 2K, Ruffles, and Xbox.