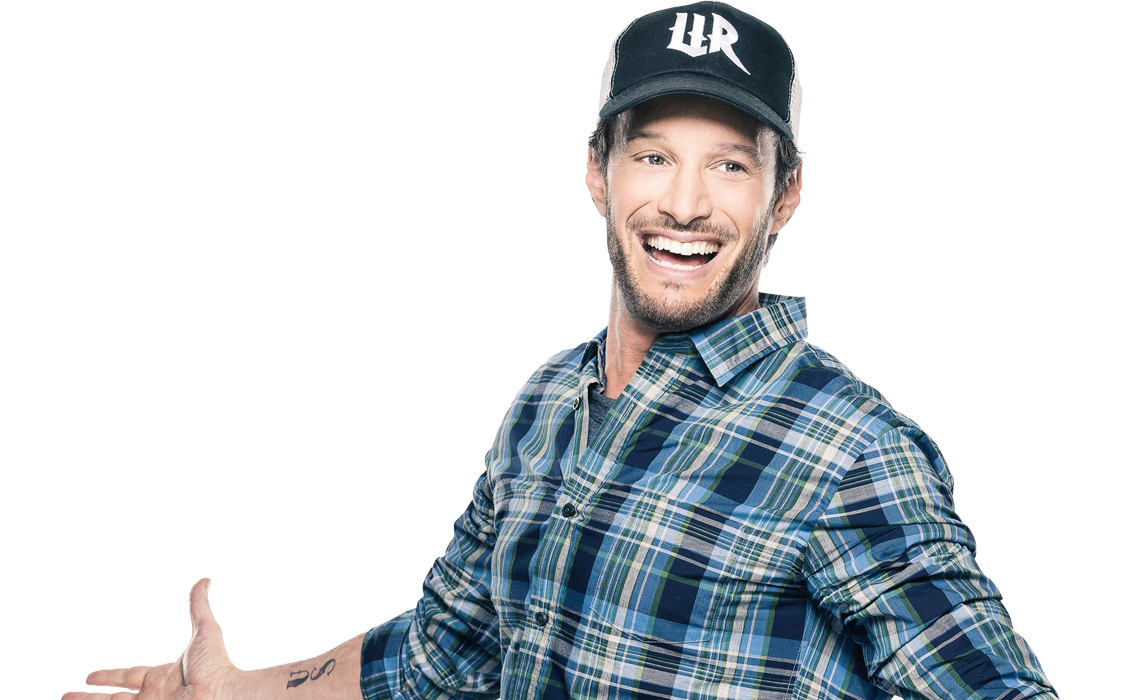 Josh Wolf has been doing stand-up for a full one-third of his life.

He got his start at just 15, and while many young, up-and-coming comedians are (understandably) daunted by the possibility of facing a lukewarm, disinterested audience or a less-than-ideal gig, Wolf was immediately entranced by being onstage.

Originally from Massachusetts, he moved to Los Angeles after college to pursue comedy, and balanced his burgeoning stand-up career with scriptwriting jobs for sitcoms like All of Us and Cuts. Hollywood didn’t just bring him positions to sharpen his comedy writing, though. It also gave him the chance to expand his stand-up audience to millions: Wolf snagged a regular position on comedian Chelsea Handler’s late-night talk show Chelsea Lately, became a finalist in season four of NBC’s Last Comic Standing, hosted two years of the Discovery Channel’s Shark After Dark talk show, and got Naked and Afraid hosting the popular series’ aftershow, Naked After Dark. Between all that, Wolf also wrote a bestselling book, It Takes Balls: Dating Single Moms and Other Confessions from an Unprepared Single Dad.

Sound exhausting? Add in the fact that Wolf performs stand-up three nights per week, which often involves traveling and tours, and this year produced his first feature-length stand-up special, Father of the Year. Oh, and he does a weekly podcast with Freddie Prinz Jr. And, of course, he keeps up a thriving YouTube channel, which recently crossed the one million subscriber mark.

As you may suspect from Wolf’s prolific career, he produces YouTube content frequently, uploading clips of his often risqué stand-up, along with vlogs about crucial topics like parenting and why the NFL needs weed. He also regularly adds new installments of High Live, a series where he gets high and livestreams himself telling stories and doing things around the house.

Wolf, who’s now 44, has come a long way in his creative career. But, as he hits this YouTube milestone, it’s worth remembering it’s all thanks to that 15-year-old who looked at stand-up and thought, I’d like to give that a try.

Josh Wolf: IT FEELS AMAZING! Honestly, when I started posting clips, I would have been so fucking psyched to get 100K views on any of them. Hard to put into words the amount of gratitude I have for everyone who has watched the clips and come aboard for the ride. Thank you!!!

Tubefilter: Tell us a little about you! Where are you from? How did you get into doing stand-up? What else did you get up to in ye olde days before YouTube?

Before YouTube, I drew my jokes, and people looked at them on the wall of the cave.

JW: A friend of mine told me to start throwing my jokes on there. I was worried nobody would watch, and he said, “They’re already not watching. What do you have to lose?”

Tubefilter: Your longest YouTube series is High Live. For those who may not know, what is High Live? What can viewers expect when they tune in?

JW: High Live is SO MUCH FUN! It’s me, in my backyard, getting high and doing dumb shit for an hour. It’s super fun and the most intimate thing I’ve ever done. It’s also helped me more with my stand-up than anything else I’ve ever done.

JW: No idea. Ha! Maybe people like a good story? You’re asking the wrong person. You’d have to ask someone who likes my vids. I just tell stories/jokes that I like and let everything else sort itself out after that.

Tubefilter: How often do you do stand-up? What’s the most challenging part of comedy?

JW: I do stand-up at least three nights a week. Hardest part for me is the travel.

Tubefilter: How do you split your time? Like, how much time are you spending per week on your channel in between traveling and stand-up gigs?

JW: Hmmmm…Well, my YouTube content is my creative content, so however long that takes. No idea! Ha! I try to find balance. Really important to remember to have fun and live your life.

JW: I started to notice something when I put out my Best Practical Joke Ever vid. That really started to change things around for me. I think my audience is growing organically through every post.

JW: That I don’t have to leave my house if I don’t want to.

Tubefilter: What’s next for you and your channel? Any fun plans?

You can add yourself to the ranks of Wolf’s more-than-a-million YouTube subscribers at his channel YouTube.com/JoshWolf.

YouTube Millionaires: For Legit Vlogs, It’s All About Staying On Trend — And True To Who He Is