Trump Signs Up For Twitch, Will Livestream Campaign Rallies 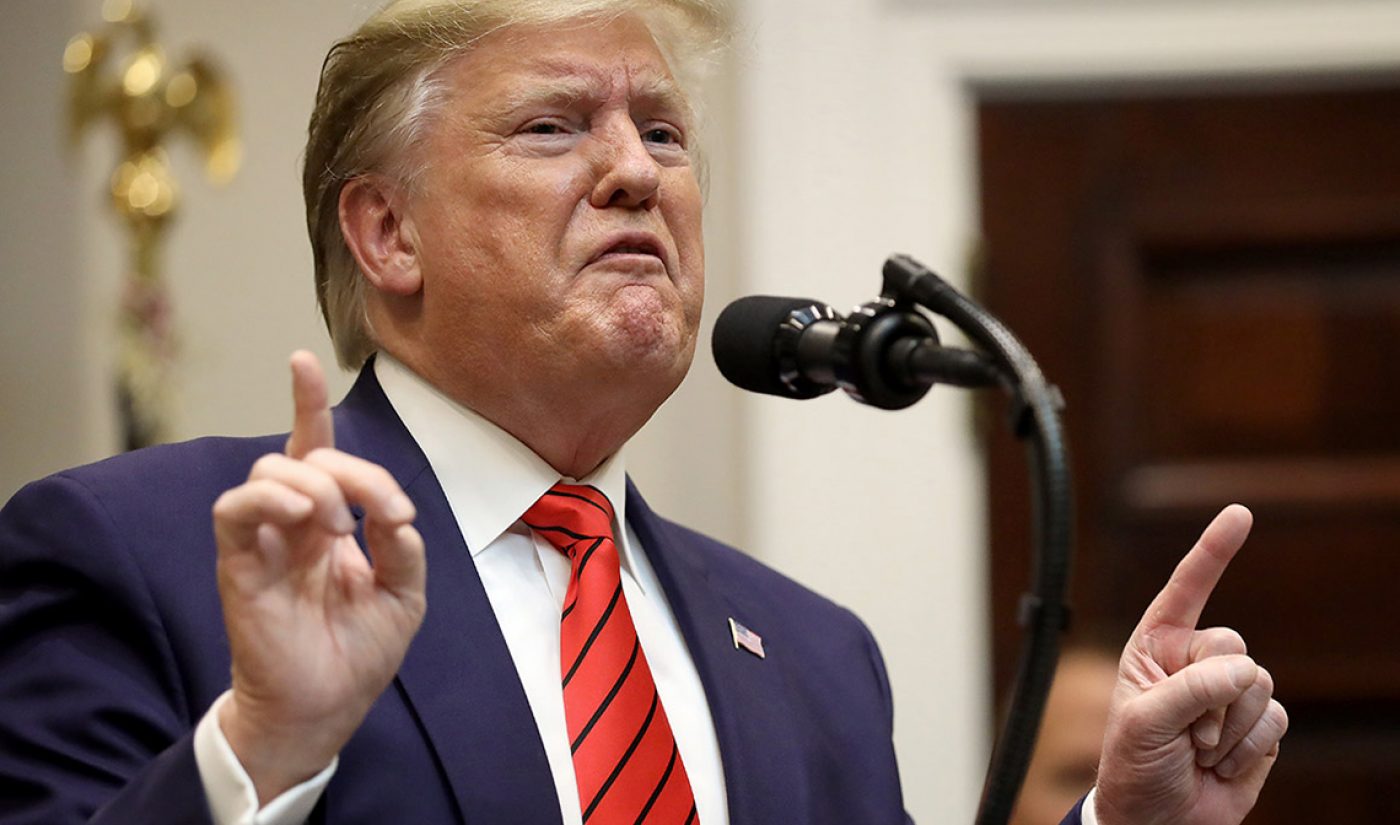 Donald Trump is now on Twitch.

After spending his time in office primarily using Twitter to disseminate his thoughts, Trump has staked an account on the Amazon-owned livestreaming platform, and appears to primarily be using it as a feed for his campaign rallies.

The account popped up yesterday, ahead of his evening rally in Minneapolis. The nearly two-hour livestream of that event is currently the sole video on the account; it has around 44K views. (It also has a notice letting viewers know some parts of the video are muted due to claims by a third party. Those muted bits almost certainly contain Prince’s hit “Purple Rain,” which Trump played without permission at the rally, drawing the ire of the late star’s estate.)

At press time, the account itself has 48K followers, a sizeable following for less than a day of operation. Non-video content on the account includes large buttons that direct visitors to sign up for text alerts, donate to “keep America great,” volunteer for Trump’s campaign, and shop for merch. The next event scheduled for streaming is Trump’s Dallas rally on Oct. 17.

As The Verge, which was the first to report Trump’s new social media presence, notes, Trump has many a time complained about Jeff Bezos, the multibillionaire owner of both Amazon and of Nash Holdings, the company that bought the Washington Post for $250 million in 2013. He often refers to the outlet as “the Amazon Washington Post,” has accused Bezos of using it as a “toy” and a means for Amazon to profit, and has attacked Amazon for “getting away with murder, tax-wise.” (Trump himself has also been accused of dodging taxpaying, and just this morning lost an appeal to stop a House subpoena of his tax returns as part of preliminary impeachment proceedings.)

Unlike the Washington Post Twitch is a direct subsidiary of Amazon, which bought it for $1 billion in 2014. The two are now tangled — for example, in order to get Twitch Prime, you must sign up for an Amazon Prime account. It’s doubtful this move is a sign that Trump is setting aside his distaste for Amazon, though. Instead, the account is likely an attempt to reach young voters ahead of next year’s election.

Though Trump is certainly the loudest anti-Amazon voice, he isn’t the only politician on Twitch who’s spoken out against the company. Democrat candidate Bernie Sanders, who’s similarly conflated the Washington Post and Amazon, has criticized Amazon for paying “nothing” in taxes, and has insinuated that the Washington Post covers him unfavorably because he speaks out against Amazon, also operates a Twitch account. He too uses the platform, where he has 89K followers, to livestream his rallies.