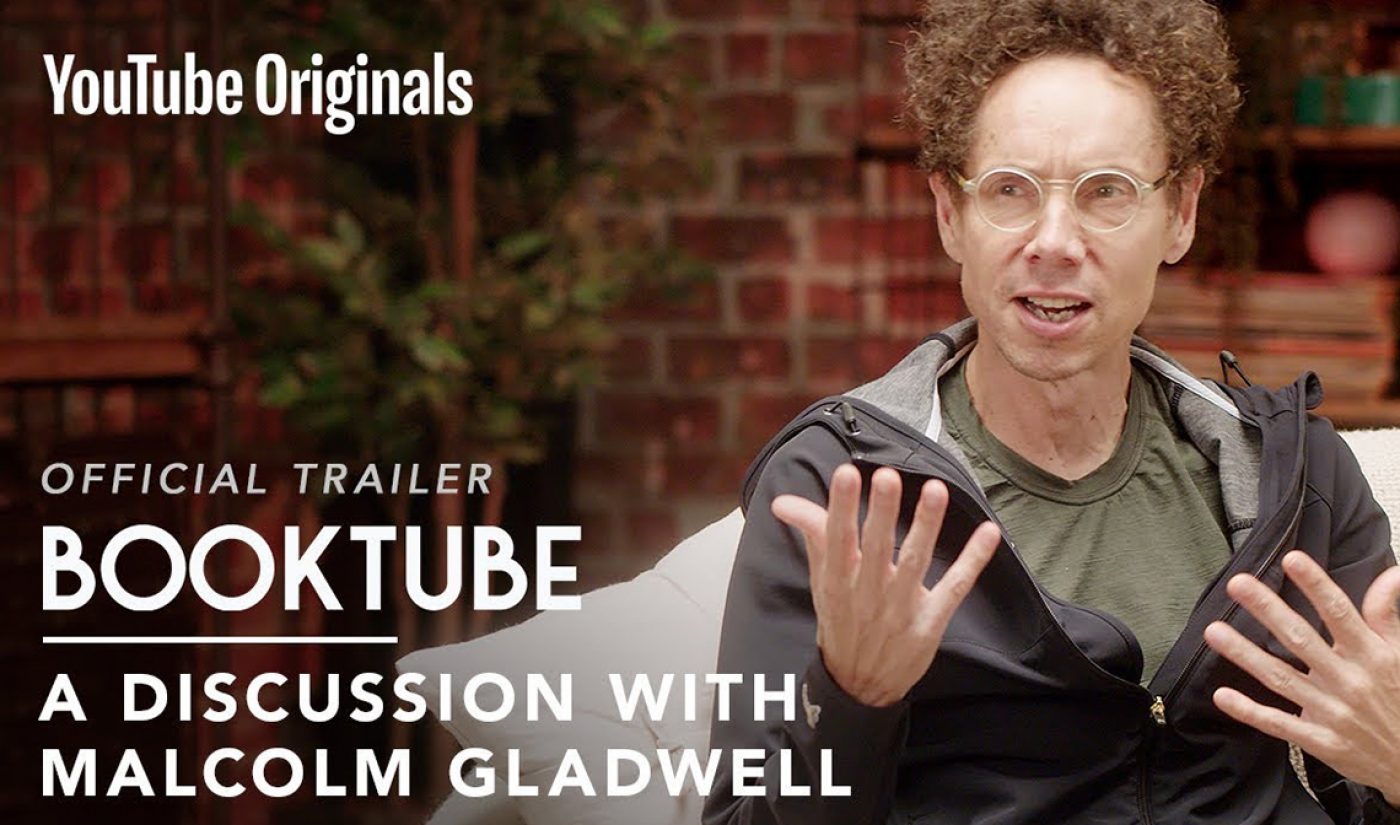 Last month, YouTube and Vox dropped the trailer for their new show Glad You Asked, the first series announced as part of a new slate of education-focused originals funded by YouTube. Now, the platform has debuted a trailer for and revealed information about BookTube, the slate’s second series. BookTube will air once per month, with each episode featuring a bestselling author talking about their newest book.

If the title sounds familiar, that’s because the series is an expansion on/continuation of a seven-minute original special YouTube put out earlier this year with Michelle Obama, who chatted about her memoir Becoming with fellow author (and long, longtime YouTuber) John Green. The two of them were joined in conversation by a handful of members of eponymous “BookTube,” the literarily passionate section of YouTube where creators upload book reviews, unbox book-related subscription boxes, chat about upcoming releases, and share the reads acquired in their latest bookstore visits.

Episodes of the full series will follow a similar format. In the first, Canadian journalist, public speaker, and seasoned New Yorker writer Malcolm Gladwell will join BookTubers Nai’a Perkins, Danielle Bainbridge, and Ellias Hoang to chat about his sixth book, Talking to Strangers: What We Should Know about the People We Don’t Know. The conversation will be moderated by Derek Muller, who runs educational science YouTube channel Veritasium.

That episode is set to premiere Oct. 17 on the YouTube Originals channel.

Future episodes, which will premiere on the third Thursday of each month, will involve big-name authors including Margaret Atwood (who graciously provided Hulu with its biggest hit by writing The Handmaid’s Tale), James Patterson, and Melinda Gates.

You can watch the series trailer below:

YouTube’s funding of educational programming is part of its overall $20 million investment into YouTube Learning, an initiative the platform launched last year to supply grants and promotion to creators and organizations making education-focused content on YouTube. Other upcoming Learning originals include: Could You Survive the Movies, hosted by Jake Roper and based on his viral video Could You Survive Home Alone?, premiering Oct. 21; Age of AI, an eight-part series hosted by Marvel’s artificial intelligence specialist, iron man Robert Downey Jr.; and Retro Tech, with popular tech reviewer Marques Brownlee. The latter two series will both debut in December.

All of these originals are ad-supported and thus free to watch, per YouTube’s recently-implemented plan to move its originals out from behind the YouTube Premium paywall.

“We’re committed to empowering both the creators who want to share their knowledge with the world and the users who come to our platform to learn — from home improvements to the basics of physics to grammar lessons,” Malik Ducard, YouTube’s VP of content partnerships and the overseer of YouTube Learning, told Variety. “We’re trying to democratize the way people learn.”