With ‘Claire’ Documentary, Wineland’s Vital Message Gets A Second Life 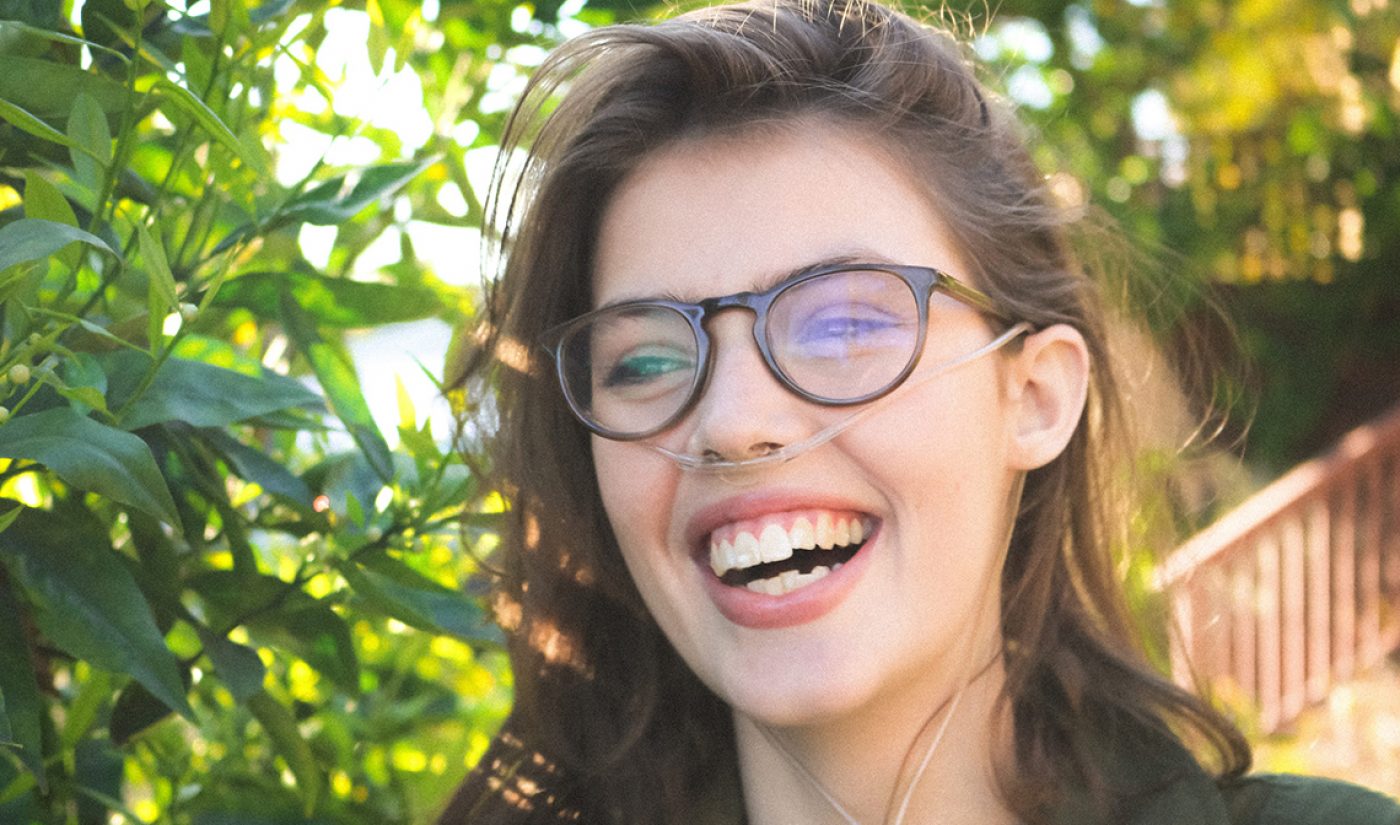 Claire Wineland built a massive following on YouTube, simply by talking about her life and what made it — and her — remarkable.

She was killed by complications from lung transplant surgery. But really, she died of complications from cystic fibrosis, the terminal disease that hovered over her entire time on earth, even as Wineland was busy living an extraordinarily vital life while inspiring untold others.

A year later, the documentary Claire debuted, chronicling Wineland’s life and spotlighting her core messages (you can watch it for free on YouTube here). The documentary short is now angling for Oscar recognition, passing the first couple of hurdles to qualify for further consideration as best documentary short. And it’s all about giving Claire Wineland another chance to change people’s minds and lives.

“She is the definition of a movie star, magnetic and with the wisdom of the Dalai Llama,” said Nicholas Reed, the documentary’s co-director and someone I’ve known for several years now. “The reason people should listen to what we’re talking about is because this woman will tell you in about 40 minutes how to get more out of life. She’s basically processed 30,000 hours thinking about life from basically dying five times.”
Reed is a former ICM agent and co-founder of Shareability, a company that creates content for brands. But on the side, he’s helped create a string of documentary short films. His first such project, The Lady in Number Six, was a home run, winning an Oscar and telling the story of a 110-year-old Holocaust survivor.
Now, with Claire, Reed has found another absolutely captivating and irresistible subject.

“So I’m dying,” Wineland says in a speech included in the film. She takes a dramatic pause to drink water, then continues, “Faster than everyone else.”

As the Buddhists keep reminding us, we will all die. Wineland just had that awareness of death thrust more implacably, repeatedly, unavoidably in her face, and from her earliest memories. But the crucial  question wasn’t whether she (or anyone else) will die, Wineland says in the doc.

Instead, it was about, “How do we change the way we treat sick people? Every few months, I would be in a hospital for up to a month at a time. My parents had to work full time, so they would send friends to visit. There’d be this tremendous sense of pity when they walked in and they would tiptoe in. Meanwhile, I was having the time of my life,” she says.

After nearly dying at age 13, Wineland recovered and decided she needed to do more to help families of children with cystic fibrosis, a genetic malfunction that kills most of its victims long before they turn 25. Wineland endured four hours of expensive medical treatments every day, and underwent 35 surgeries before the one that killed her. With all that in mind, Wineland launched the Claire’s Place Foundation to raise money for those suffering from cystic fibrosis.

And Wineland began posting about her life on YouTube, where her joyful, self-deprecating and distinctive takes inspired many, and attracted more than 400,000 subscribers.

“My main mission in life is to dignify people who are sick, and tell them not to wait on other people to fix them while they’re sick,” Wineland says. “You need to have a deep pride in what you’ve been through. You have to be something in the world. By doing that, you have enough motivation to take care of yourself. You have something bigger that you’re living for.”

“She left about an hour later, and we were all just completely blown away,” Reed said of that first meeting with Wineland. The catch? Other people had done stories about Wineland, and some, Reed said, “had kind of exploited her as the ‘sick girl.'”

And Wineland never wanted to be seen as a “sick girl.” In fact, in dozens of YouTube videos and public appearances, Wineland talked about living fully, for now, because now was pretty much all she could ever count on. And now, really, is all any of us can count on.

Reed said Wineland’s concern about again being exploited meant it took a year and half of meetings and coffees before she trusted the directors to not make a “sick girl” documentary. Finally, she assented, and they taped enough to create a draft version of a trailer, to prove that it would be the uplifting message Wineland wanted to send.

Wineland also, finally, agreed to a transplant, after her lungs were so damaged that she had less than 30 percent of normal function. The surgery was a seeming success, but she suffered a stroke afterward while still under anesthesia, and died.

Her death, both inevitable and unexpected, devastated Reed, he said. He eventually sent the trailer to both Netflix, which had bought The Lady in Number Six, and YouTube, where Wineland had posted so many videos. Within 24 hours, YouTube had bought the documentary, providing enough money to do higher-quality post-production. Reed and Azevedo also donated some of the cash — $40,000 — to Claire’s Place.

The documentary was released as a YouTube Original on the one-year anniversary of her death, and has accumulated more than 840,000 views since.

It gives Wineland one more chance to remind us to live now, and live fully. What a gift she’s left us.