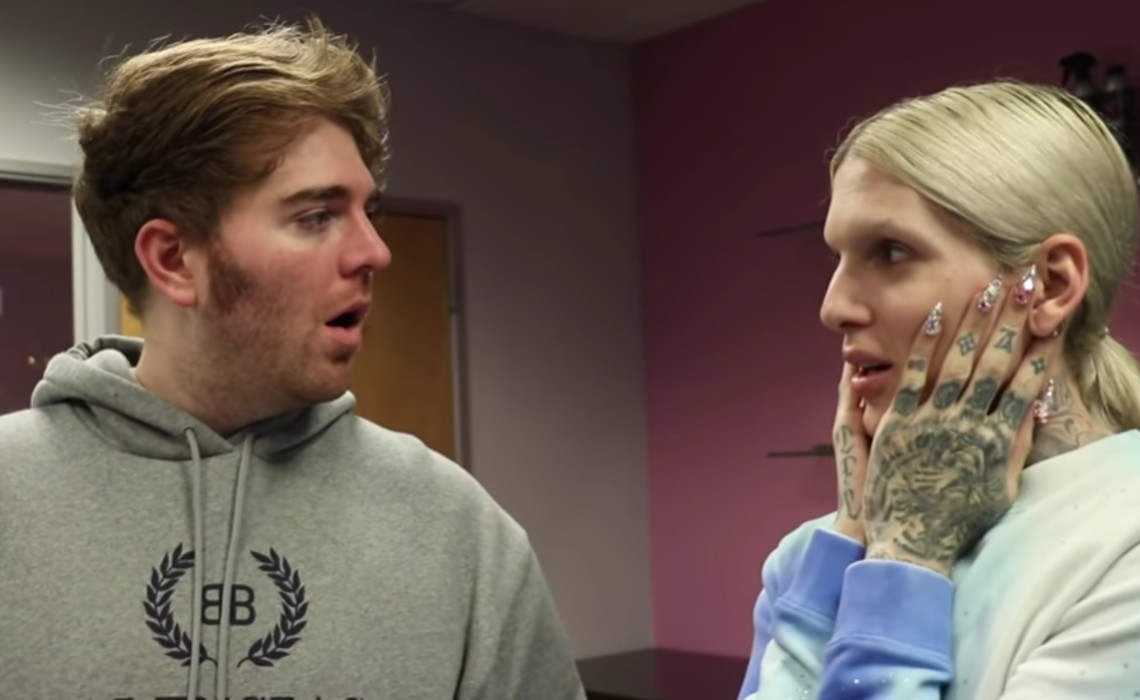 While the second episode of Shane Dawson’s The Beautiful World Of Jeffree Star felt vaguely like an infomercial for the eyeshadow palette and accessories collection that the two are slated to launch this holiday season, Star — who has never been shy about flaunting his financials — did share some telling details about his lucrative cosmetics empire and the moneymaking potential of the collab.

Speaking in the second installment of Dawson’s second docuseries with Star, the makeup mogul — who has previously said that his eponymous cosmetics company clocks $150 million in annual revenues — revealed that he took home roughly $20.8 million in earnings from his most successful launch to date, the Blood Sugar palette.

Star also talked about the way that mark-ups function across the industry as a whole — the gap between how much it costs for Jeffree Star Cosmetics to produce and distribute an item and what it ultimately sells for. Star alleges that compared to competitors, that gap for his brand is narrower, given that he uses pricey materials and custom techniques. While Blood Sugar sells for $52, for instance, Star says in the docuseries that it costs $20 to produce. The cost-of-goods for comparable palettes from other brands, he surmises, could be around $6 or $7.

“Every brand will be shook because my quality and my cost-of-goods is a lot more expensive than a lot of brands,” Star tells Dawson. “But you will be shook when you dive into brands that are in Sephora and Ulta, and their cost is so low and they’re charging an astronomical amount — it’s insane. So it’s almost like pulling the curtain off…But I am willing to take the hit because this is art to me, and I’m not in it for the money.”

Perhaps the most telling figure unveiled in the entire episode, however, is one that causes Dawson to collapse onto the floor of the bathroom in Star’s warehouse and begin tearlessly weeping. Star tells him that he could take home $5 million from their ensuing eyeshadow palette alone — not including any other merch or beauty product sales. Jeffree Star Cosmetics would front the entire cost to produce and distribute the palette — which the duo says will feature a ‘conspiracy’ theme — and Dawson will take home between 25% to 30% of all profits. (This is a higher ratio than Star’s past collabs with the likes of Manny ‘MUA’ Gutierrez, given that Star says Dawson is “bringing more to the table.”)

And in terms of merch, the split is even more generous. Star’s Killer Merch operation gives clients like Dawson 70% of any profits and takes the remaining 30% — so Dawson would take home $14 on a $20 shirt, the documentary claims. Dawson appears to be selling his current merch via Amazon, perhaps through its Merch Collab program  — though he emotionally insists that he’s never seen that kind of money before. “I’ve been getting fucked literally my whole life,” he grumbles.

You can check out the full second episode of The Beautiful World Of Jeffree Star — which includes a glimpse into the making of the conspiracy-themed palette, as well as upcoming lipstick shade names like ‘Shane’, ‘Ryland’, and ‘Are You Filming?’ — above.