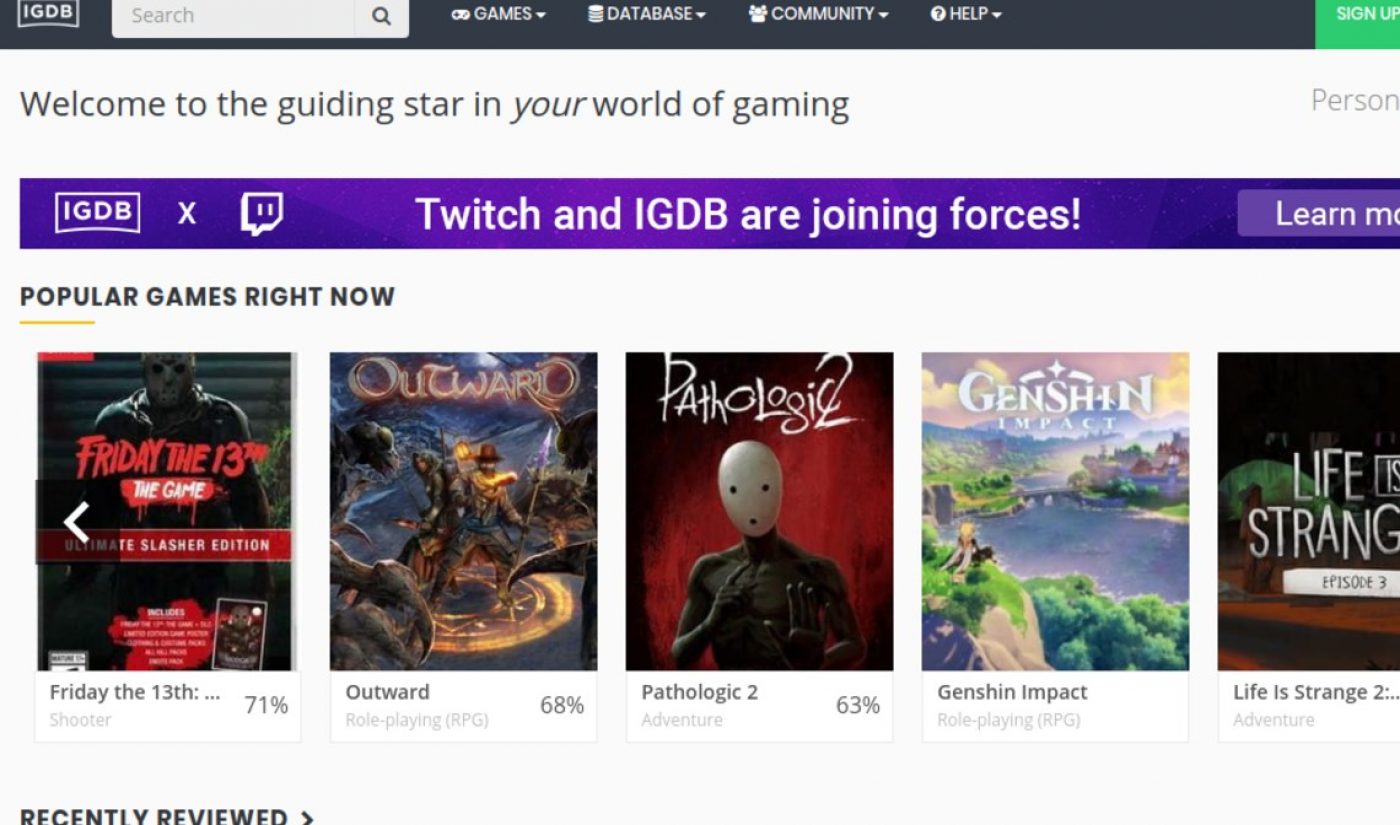 Twitch has acquired the Internet Games Database (IGDB), a website aimed at both consumers and professionals alike that catalogs information about games — including storylines, publishers, platforms, release dates, user ratings, and other credits.

Twitch’s parent company, Amazon, owns a similar database in the movie and TV realm, the IMDB (which is not affiliated with the IGDB). Amazon purchased IMDB for a reported $55 million in 1998, though Twitch’s purchase price for the IGDB was not disclosed.

Twitch bought the IGDB to improve its search functionality, per Techcrunch. The website as it currently stands will not be shuttered, but information from the database will be incorporated into Twitch’s search and discovery features. Before acquiring the IGBD, Twitch used another data provider called Giant Bomb to fuel its search, Techcrunch reports.

The IGDB was founded in 2015 by Christian Frithiof in Gothenburg, Sweden, and today counts a team of 10 as well as $1.5 million raised in venture funding. It gathers information through both community and automated contributions, Techcrunch reports. Like the IMDB, it also enables voice actors in games to claim their profiles on the site for professional purposes. The IGDB team will continue to be based in Sweden, reporting to Twitch’s Viewer Experience team. (The IGDB confirmed the acquisition in a company blog post).

“Millions of people come to Twitch every day to find and connect with their favorite streamers and communities, and we want to make it easier for people to find what they’re looking for,” a Twitch spokesperson told Techcrunch in a statement, confirming the acquisition. “IGDB has developed a comprehensive gaming database, and we’re excited to bring them on to help us more quickly improve and scale search and discovery on Twitch.”