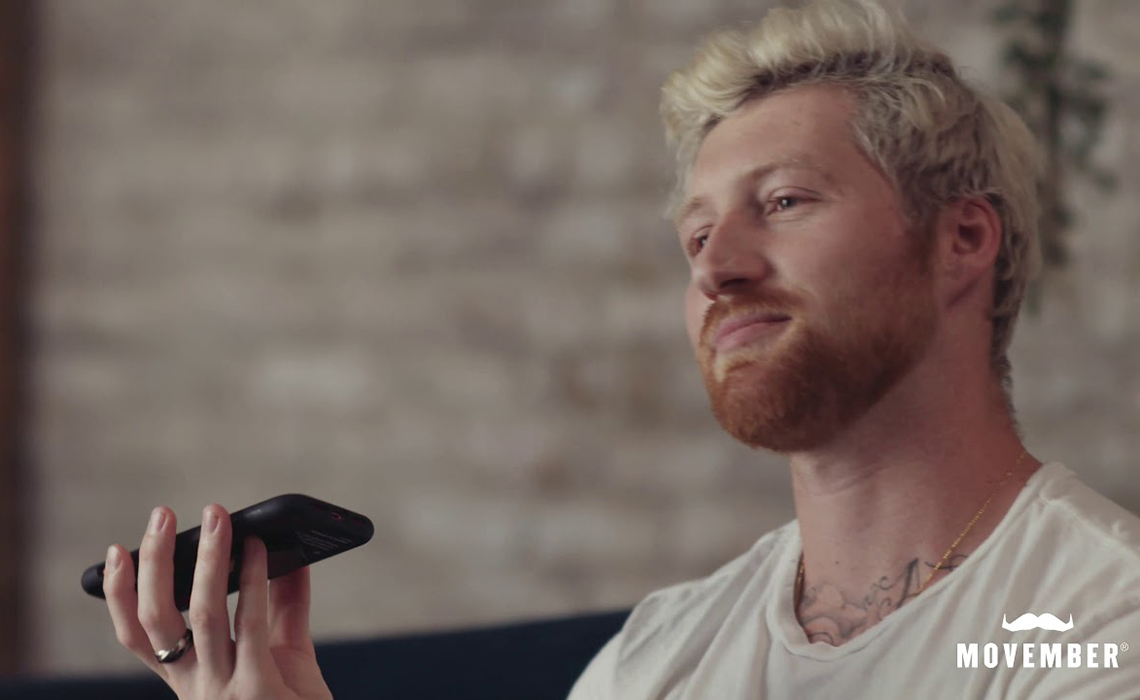 The Ad Council, Movember, And Creators Come Together For “Man Of More Words” Suicide Prevention Campaign

Nonprofit organization the Ad Council, which last week dropped the latest installment of its mental health campaign Seize The Awkward, has debuted a new public service campaign to encourage men to open up about their feelings and talk to others when they’re struggling.

The Man of More Words campaign features creators Scotty Sire, Jordan Fisher, Matt Santoro, Logan Henderson, Jonathan Bennett, and Raymond Braun, each of whom filmed a video talking about their personal challenges and the importance of giving men the space and confidence to express their emotions. It was put together in partnership with The Movember Foundation, which runs the annual Movember event encouraging men to grow mustaches during November to raise awareness about issues affecting men’s health, including the prevalence of suicide.

Along with debuting videos from the involved creators (which are all posted on YouTube here, and Sire’s is embedded below), the Ad Council and Movember announced new research from Movember that indicates more than one-third of men in the U.S. say they haven’t talked about their feelings to avoid being perceived as “less manly.” This concerning statistic is even more worrisome when drawn against research from the American Foundation for Suicide Prevention, which found that three-quarters of suicide victims in the U.S. are men.

“Many men throughout the country suffer in silence, in large part due to social and cultural pressures and outdated stereotypes of what it is to be a man,” Mark Hedstrom, executive director at Movember’s U.S. arm, said in a statement. “We have to change that — we’re losing too many dads, fathers, brothers, partners, and friends. This campaign features authentic and relatable personal stories to break the stigma and empower men to be a man of more words.”

Sire, a musician who has 2.8 million subscribers on YouTube, has spoken multiple times about dealing with social anxiety and depression. His song “Get Better” directly addresses mental health, and Sire tells Tubefilter his frankness about the topic has resulted in fans reaching out to him.

“I’m very open about my mental health through the lyrics in my music, and I’ve received so many messages from listeners sharing how much they can relate,” he says. “Mental health is never an easy topic to discuss, but by being more vocal and finding a medium to share your struggles, I hope we can make strides in changing the overall perception of what it means to be a man and speaking about your feelings.”

The Ad Council and Movember will disseminate creators’ videos, along with additional social content, on their channels throughout the month of September, which is Suicide Prevention Awareness Month.

Creators for Good: Freddie Ransome On Knowing Her Normal And Staying Ladylike