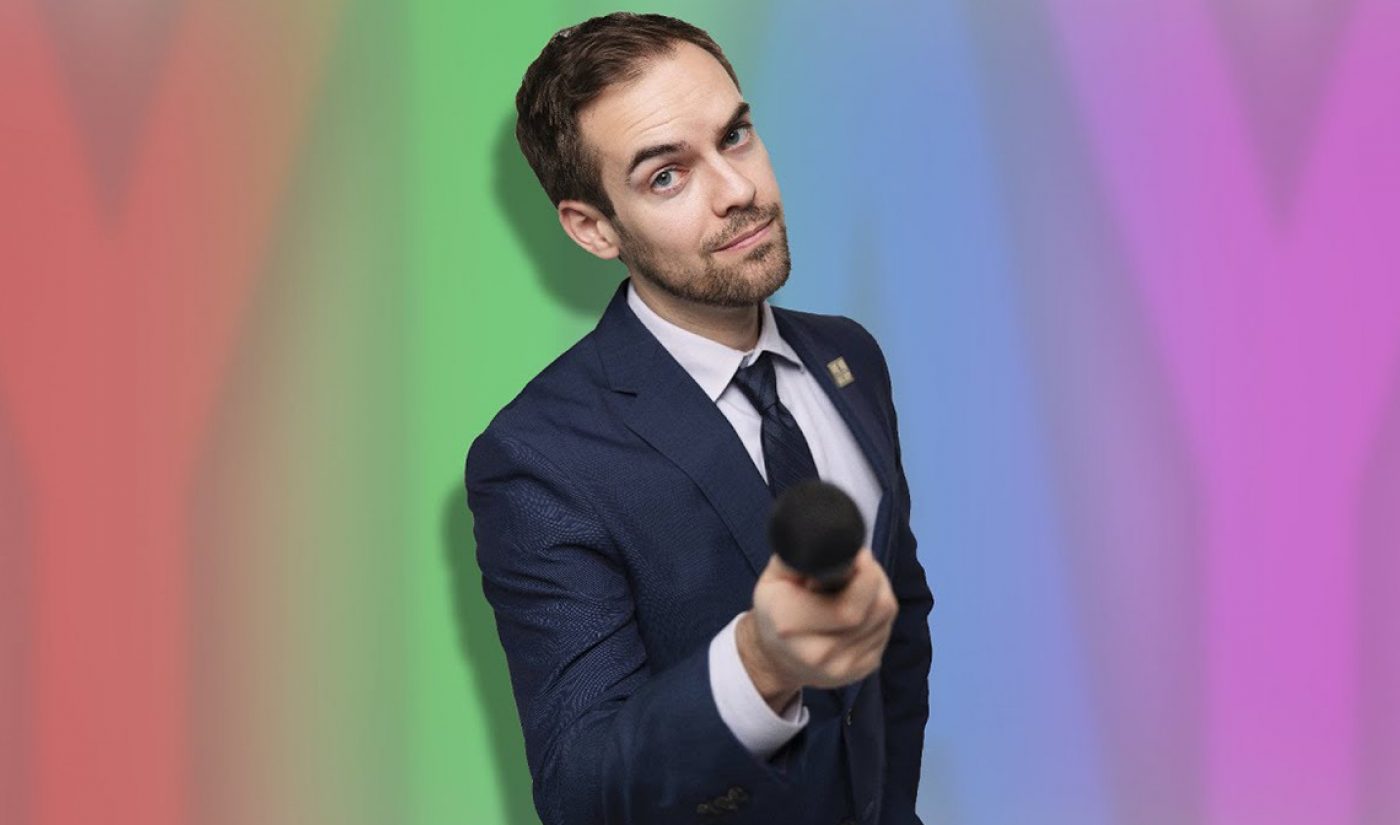 On Nov. 17, at the Teragram Ballroom in Los Angeles, Douglass will host two live stage shows — one for all ages, and one for ages 21+. Folks in attendance will play live games of YIAY, where Douglass will throw out questions, and the people who write in the funniest answers to them will be crowned champions. At the end of the show, each question’s champion will go up against one other and Douglass himself in an all-out word war called Are You Funnier than a YouTuber? During that round, the champs and Douglass will all be asked the same question, and will submit their answers anonymously. The person with the funniest answer (as voted by the live audience) will be the ultimate winner.

“YIAY has grown to become the primary series on my YouTube channel jacksfilms,” Douglass, who has 4.6 million subscribers, tells Tubefilter. (He’s produced nearly 500 episodes of the series, and many of those have one million views or more.) “And what I’ve learned is that people treat it like a game — they want to ‘get on it,’ and attempt to get featured constantly.”

YIAY in its original form involves Douglass asking a question at the end of a YouTube video, and then, in the next video, reading the funniest answers he received. He says that taking YIAY to Twitch, where a couple of times per week, he livestreams rounds of questions for people to submit answers to in real-time via the platform’s chat function, has turned the series into “a hyper-interactive experience.” And with the live stage show, he’s working toward creating “the most playable experience” possible for all those who want to participate in YIAY.

In a YouTube video announcing the stage shows (below), Douglass said he’s wanted to do a live show for years, but could never figure out what he wanted it to be. “Would I do standup? No. I don’t have a tight vibe, and hecklers scare me,” he jokes.

The YIAY stage show (called YIAY: The Game) folks will see in November is a “test show,” Douglass says, with an eye toward developing a nationwide tour and possibly more, but he “doesn’t wanna jinx it.”

Tickets for the stage shows go on sale this Friday at this link, and will be $25 each.

Douglass is managed by Nick Coffey and Blake Reading at Fullscreen.