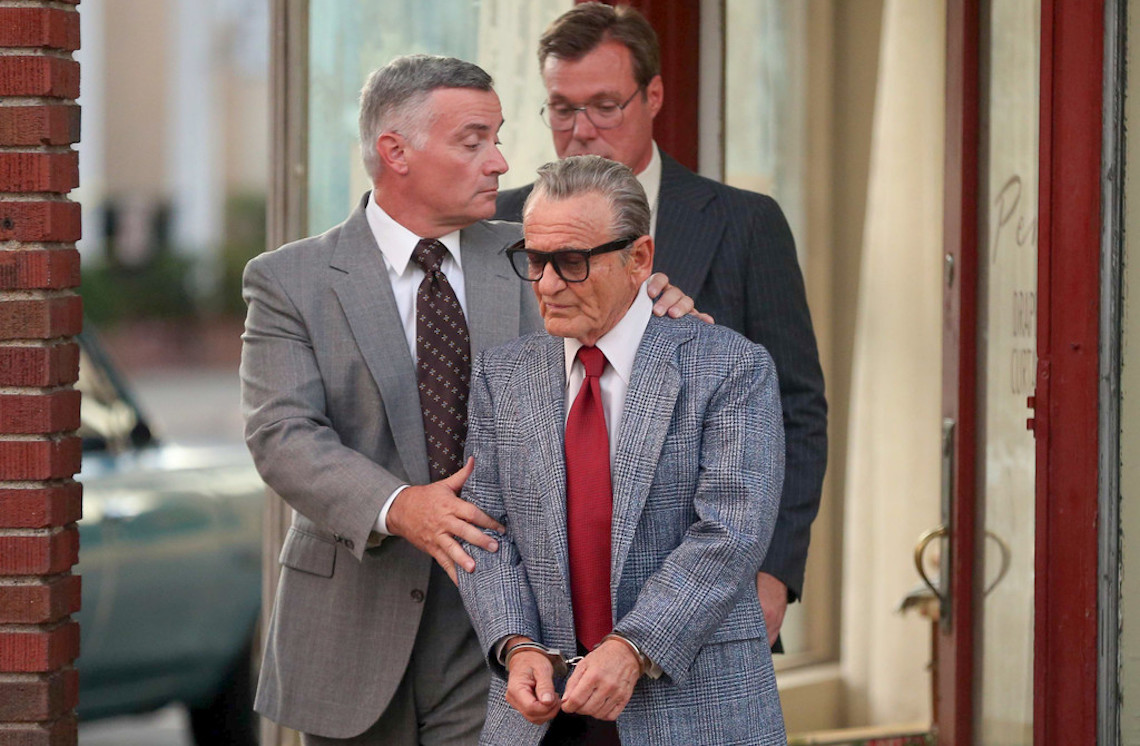 Insights: Netflix Triples Down On Oscar-Season Strategy, And It Matters More Than Ever

After bagging four Oscars last season (at prodigious cost), Netflix will make the Motion Picture Academy a bunch of offers this year that it really hopes members can’t refuse. And with big new competitors looming everywhere, the success of those offers matters to Netflix more than ever.

This year, its awards candidates are more mainstream, more traditionally Oscar bait, and just more. Ten films will get special theatrical releases of one to four weeks before debuting on Netflix. That will boost media attention both around each theatrical release and any ongoing awards success. It can’t come at a better time for Netflix, with Apple TV+, Disney+, HBO Max, and other competitors on the way.

The big theatrical slate represents a huge shift for a company that two years ago eschewed such releases completely. Netflix still doesn’t report grosses, nor can it get big chains to run the films (the chains want around 90 days of exclusive access; Netflix is giving no more than about 30).

But to the (smaller) theaters Netflix will go. In fact, between Sept. 7 and Dec. 20, a week won’t pass by without at least one Netflix title exclusively in theaters.

Topping the list is as likely a candidate for old-school Oscar glory as you can imagine: The Irishman, a crime drama about a mafia hit man and one of his possible victims, union leader Jimmy Hoffa.

The film was directed by Martin Scorsese, who has 12 Oscar nominations, though somehow only one win, for another period mob movie, The Departed. The Irishman‘s cast is studded with Oscar winners, too: Robert DeNiro, Al Pacino, Joe Pesci, and Anna Paquin, alongside Emmy winners Ray Romano and Bobby Canavale.

That cast — and a story that jumps decades, requiring pricey visual effects to reverse-age its venerable stars — came at great cost, $159 million or more. And that’s before Netflix begins the Oscar campaign.

To give the film a better chance with the Academy’s more fogie-ish voters, it will debut in theaters on Nov. 1 before coming to Netflix on Thanksgiving Eve, Nov. 27. Nothing like a movie about a hit man when all the family’s in town around the digital hearth.

A Long Way From Roma

The Irishman is, in every imaginable way, a huge contrast to 2018, when Mexican auteur Alfonso Cuarón‘s Roma won for foreign-language film, directing, and cinematography.

As I wrote after last winter’s Oscar ceremony, “Roma is about as unlikely a heavyweight as you could imagine, a black-and-white film, shot in the Spanish and Mixtec languages, gently mining a tumultuous period in the life of a maid working in an upper-class household in 1970s Mexico City. It doesn’t get more art-house in construct than that.”

Netflix spent lavishly on Roma’s Oscar campaign – estimates ranged as high as $60 million, but were never confirmed – and showed it only in theaters for nearly a month. It gave lesser theater-only runs to The Ballad of Buster Scruggs (which got three Oscar nominations) and Bird Box (which ended up as one of the most-viewed Netflix movies ever).

And Roma was a huge success in nearly every way (another Netflix project, Period. End of Sentence., won best documentary short). But it lost the biggest prize, Best Picture, to Green Book, a traditionally structured buddy picture with the kind of feel-good message of white-jerk redemption that reliably sets Academy voters aflutter.

This year, Netflix is is taking more swings, and fewer chances, with its Oscar contenders — and not just with The Irishman.

Given my time in Panama, and affection for Soderbergh’s cinematic adventures, I’m particularly looking forward to this one. And given that Netflix will keep the film in theaters for more than a month, it clearly has high hopes too.

Other promising projects include David Michod’s The King. It features heartthrob Timothée Chalamet (already with an Oscar nomination for Call Me by Your Name) and slightly older heartthrob Robert Pattinson in a drama about young King Henry V. Yes, Shakespeare had a few things to say about Hal and Falstaff, but this one promises to attract a mix of prestige period-film fans and quivery teens.

The Two Popes, from the Oscar-nominated Fernando Meirelles (City of God), features Jonathan Pryce and Oscar winner Anthony Hopkins as, respectively, Catholic Pope Benedict, who retired amid controversy, and successor Pope Francis. It arrives Thanksgiving Eve in theaters, just as The Irishman finally hits Netflix. The Two Popes won’t be on Netflix until Dec. 20.

And there are some less obvious contenders. Dolemite Is My Name stars Eddie Murphy in a biopic about rap/comedy pioneer Rudy Ray Moore and his blaxploitation alter ego, Dolemite. Murder thriller Earthquake Bird features Alicia Vikander and Elvis Presley‘s granddaughter, the model and actress Riley Keough. There are even two animated films, the mainstream Christmas tale Klaus, and the decidedly less mainstream I Lost My Body, about a hand searching for the rest of itself.

It’s quite a slate, one no traditional Hollywood studio or imminent streaming service can match in volume or, likely, quality.

And that’s the point. Netflix will leverage the attention these movies will generate to send a message: You can find lots of top-notch films and other quality content here. It’s worth the $13.99 you plunk down every month, even as other streaming services arrive with their own cool shows.

Awards signify quality, vital for Netflix at a time when its competitors already are throwing shade and subtweets. Sure, they say, the Netflix catalog is big, but who can find anything good there? More Oscar (and Emmy) wins will submerge that message.

And it’s not just the new competition that can be affected by a quality message. After last season’s Oscar wins, Netflix raised prices, then saw subscriber numbers drop in the United States, for only the second time in its history.

Pick up several Oscars for The Irishman, The Two Popes, Marriage Story, Atlantics, The Laundromat, etc., and a lot of those problems ease. Expect to see Netflix movies, and Netflix movie promos, in all kinds of places over the next three months. See you at the theater.