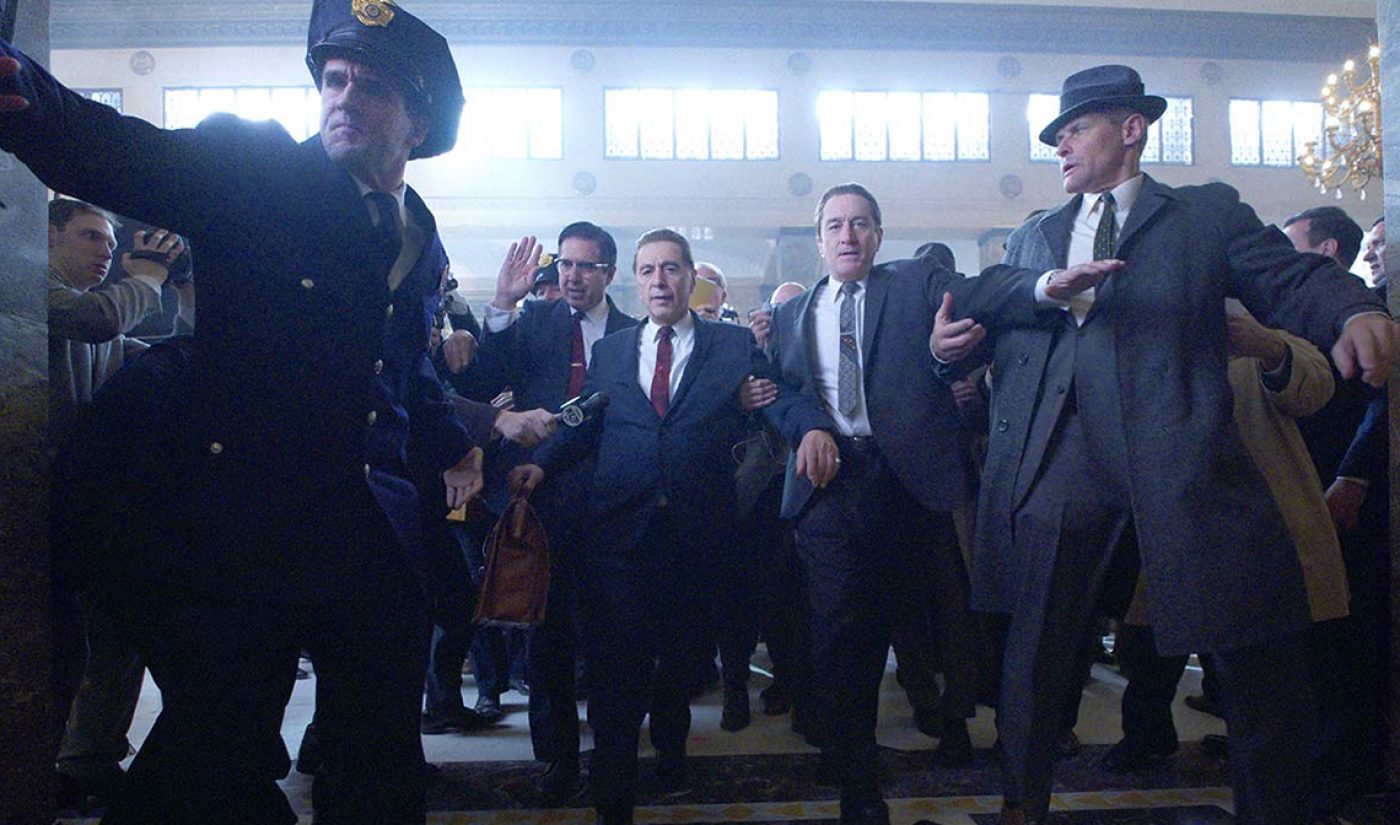 Netflix’s awards bait-iest film yet, The Irishman, is one of 10 films the streamer will send out for limited theater runs this fall and winter before debuting them on its service.

Negotiations were apparently underway between Netflix and major chains like AMC and Cineplex, but those have broken down, per The Hollywood Reporter. So, when The Irishman — which tells the story of labor union boss Jimmy Hoffa’s disappearance, is helmed by legendary director Martin Scorsese, and fronted by stars Robert De Niro and Al Pacino — comes to theaters Nov. 1, it’ll likely premiere at the same venues where Netflix last year ran Alfonso Cuarón’s Oscar-winning Roma. That is, smaller chains like IFC, Landmark, and Alamo Drafthouse.

For those who aren’t familiar with The Irishman, the reason it’s stirring up a lot of talk (aside from the director and stars) is because it involves cutting-edge special effects that dramatically de-age both De Niro and Pacino, so they can play both the older and younger versions of their characters. Making those special effects apparently accounted for a big chunk of the $159 million The Irishman cost to produce.

You can see the effects in action in the trailer below:

Netflix’s negotiations with big theaters were about an issue it’s always faced with the film industry: the distribution window, aka the period after a film debuts in theaters, during which its distributor must hold off on releasing it for home viewing. The distribution window is usually 90 days long, and is meant to let theaters make their money off films. However, Netflix has historically not been willing to let theaters have those 90 days; it wants to put its films out for streaming sooner than that.

Smaller chains have been more lenient with windows. Last year, Roma (along with fellow theater releasees Bird Box and The Ballad of Buster Scruggs) had each had windows of around three weeks. This year, the 10 films Netflix has scheduled for theaters have varying windows. Some will debut in theaters more than one month before landing on Netflix, and some will be theater-exclusive for just one week.

It’s not clear yet if these films will only roll out in select cities, or across all the indie chains’ locations.

Here’s a complete list (first published by The Verge) of all 10 films Netflix will send to theaters this fall and winter, in order of planned release date.

The Laundromat​
Sept. 7 in theaters
Oct. 18 on Netflix

Dolemite Is My Name
Oct. 4 in theaters
Oct. 25 on Netflix

The Irishman​
Nov. 1 in theaters
Nov. 27 on Netflix