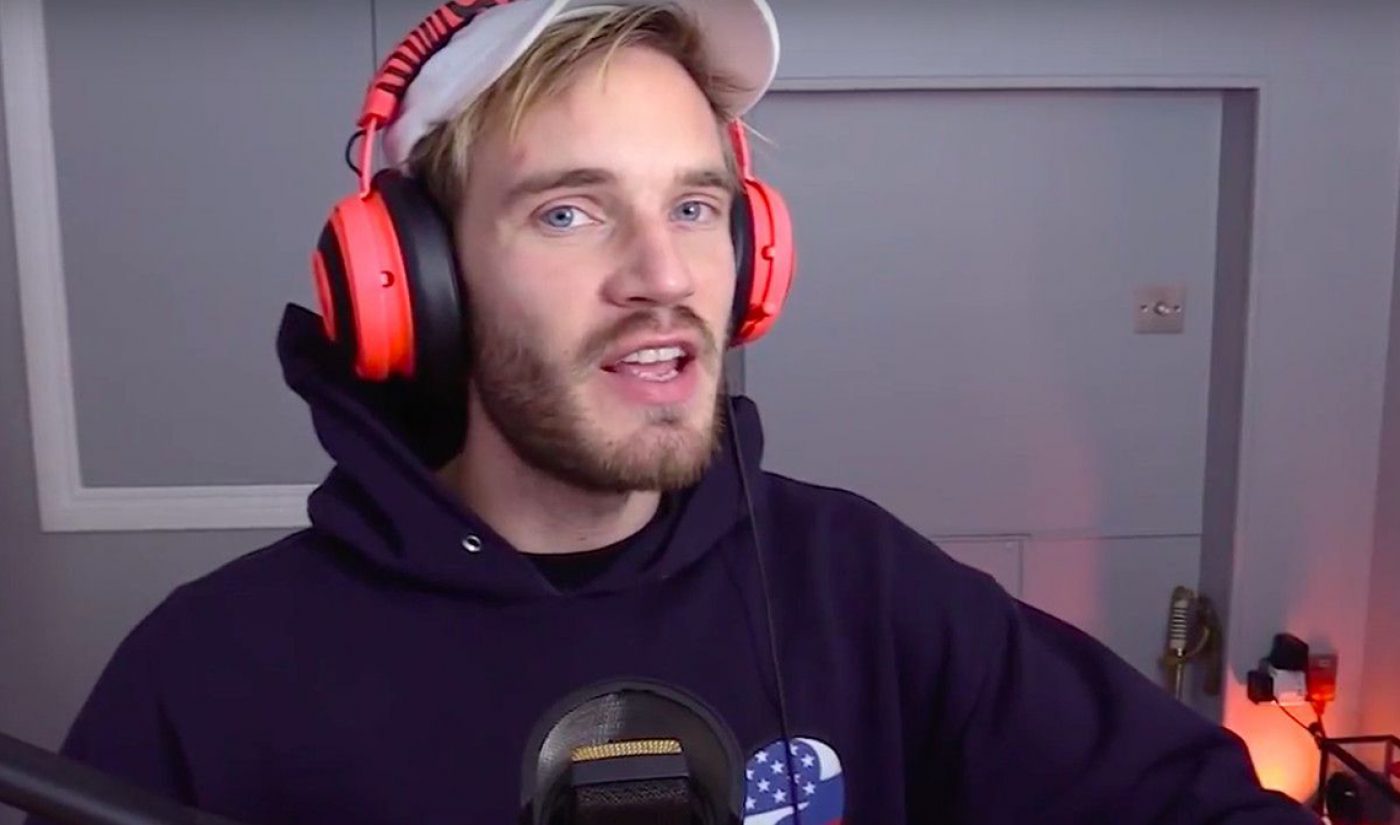 PewDiePie has become the first YouTuber to reach 100 million subscribers.

Yes, he was beaten to the number by T-Series, which around this time last year emerged as a challenger for his long-held position as the platform’s most-subscribed-to creator, and currently has 109M subscribers. But since T-Series is a Bollywood record label and not an individual, PewDiePie is still technically YouTube’s first creator to cross the 100M mark.

PewDiePie (whose real name is Felix Kjellberg) celebrated the achievement on Twitter, telling fans, “Thanks to all of you for the endless support and effort! I don’t feel worthy, but I’m forever grateful.”

We did it! What an unreal achievement! 100 000 000 thanks to all of you for the endless support and effort! I don’t feel worthy, but I’m forever grateful 💯♥️👊 pic.twitter.com/ErZk2uD904

The tweet has so far received nearly 8,000 comments, most of them congratulations from fans and fellow creators. And, surprisingly, YouTube itself also joined in on the congratulations, offering a nod to Kjellberg not only for crossing 100M, but also for marrying his longtime partner Marzia Bisognin, and for playing a part in Minecraft’s recent revival. The platform, which noticeably left Kjellberg out of its 2018 ‘Rewind’ video (save a quick shot of his recognizable gaming chair), put together a montage of the near-decade he’s been making daily videos.

Married to @marziapie 💍
Revived our love of Minecraft ⛏️
Reached 100 million subscribers on YouTube ✔️
What a month to celebrate and congratulate @PewDiePie 👊 pic.twitter.com/4rGuNDDwyx

This seems to be a sign that Kjellberg is back in YouTube’s good graces after two and a half years of cold treatment. That treatment began in February 2017, after Kjellberg — through the freelancer site Fiverr — paid two men $5 to hold up a sign saying “Death to All Jews.” The incident prompted an investigation from The Wall Street Journal, which found instances of anti-Semitic imagery in nine other videos. Kjellberg, around the same time, was also documented using the n-word on a livestream.

Kjellberg’s aforementioned battle with T-Series was a major topic last year, prompting stunts from supporters (some fun, some not so fun) and dozens of highly-viewed videos, which may have resulted in Kjellberg’s inclusion in the also aforementioned Rewind video…but, in the midst of the battle, he recommended a channel that frequently espoused anti-Semitic, white supremacist view, which likely contributed to YouTube’s continued cold shoulder.

However, it softened toward him earlier this year, with CEO Susan Wojcicki responding to Kjellberg’s video where he talked about the 2018 Rewind and thanked YouTube for admitting “they messed up.” Wojcicki left a comment on the video, telling Kjellberg “I appreciate hearing from you!” and saying, “You are right we sometimes make mistakes, but we are working hard to listen to our creators.”

Now, YouTube seems to be fully embracing Kjellberg again. Kjellberg himself said recently that, thanks to playing Minecraft (a game brands favor as image-friendly), the monetization of his channel has never been better, and he feels like he’s “finally earning what people think I’m making out of YouTube videos.”

In his video about the achivement, uploaded this morning and called Best Week Ever, Kjellberg says, “I’m so happy. Everything is happening at once. Perfect timing, good job guys.”

He adds, “I feel so fortunate, and so lucky. I’m just so happy.”