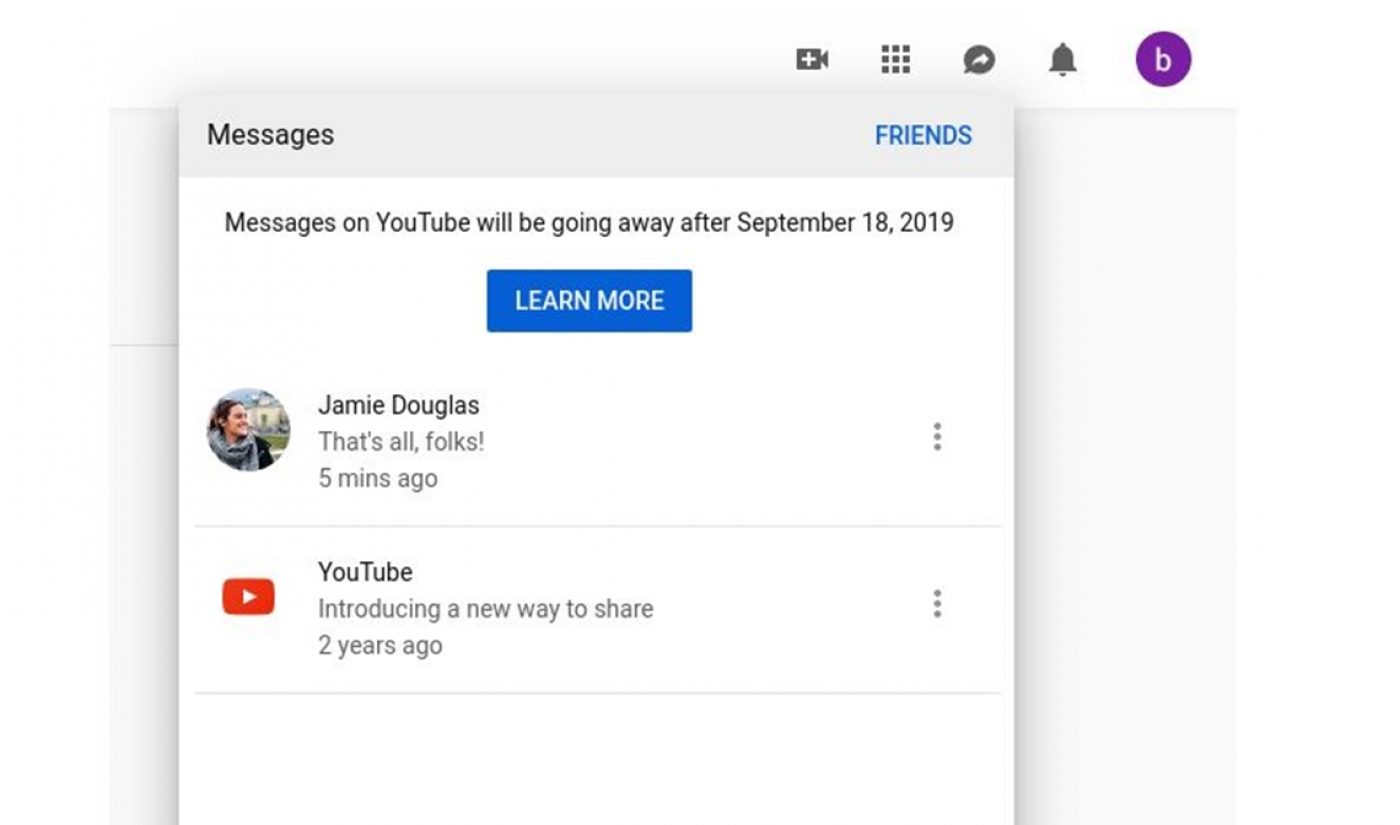 Did you know that you could direct message people on YouTube? Apparently, not a lot of other people did either.

Come September 18, YouTube will kill its native messaging feature on Android, iOS, and the web. The feature first launched in 2017 — to share and discuss videos on YouTube, accommodating both one-to-one and group conversations — meaning that it is getting the boot almost exactly two years later. The feature was previously integrated within YouTube search and viewing history, per 9To5Google, so as to suggest clips that could then be sent to contacts.

Looking ahead, YouTube will “focus on improving public conversations,” the platform said, per a Support Page post spotted by 9To5. This includes comments, Community posts, and YouTube Stories — which is currently available to all creators with at least 10,000 subscribers, and which are now beginning to roll out in users’ Home feeds.