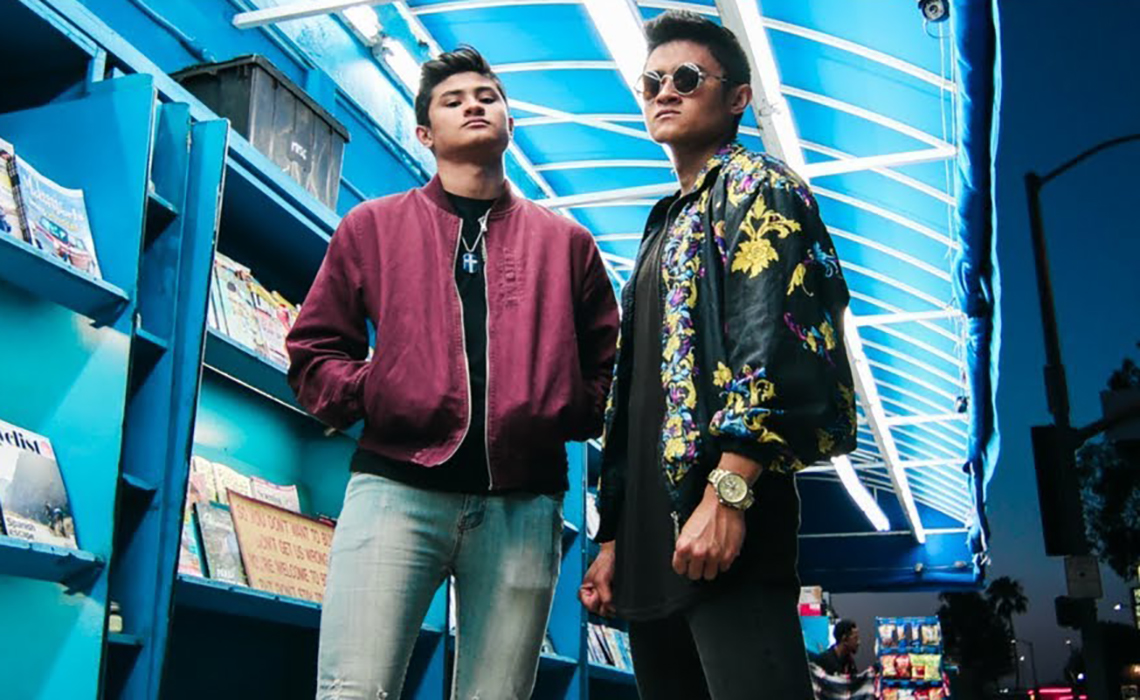 Creators Going Pro: The Ireland Boys Turned One Viral Hit Into A Full-Time YouTube Career For Themselves And Their Parents

Like many other YouTube creators, the Ireland Boys were once YouTube viewers, and were inspired to join the platform by one simple thought: I could do that.

Back in 2015, when brothers Nick and Ricky Ireland were 13 and 17, respectively, they came home every day from school and tuned in to YouTube. One of their favorite creators to watch was prank master Roman Atwood, and his antics prompted the brothers to try their own pranking skills out on one another. Eventually, they figured if their pranks entertained them, they stood a good chance of entertaining an audience. So, they took the plunge, and launched their shared channel Ireland Boys Productions.

The brothers’ very first video, uploaded in October 2015, saw them successfully stop hordes of cars on the quiet side street in front of their house by pretending to yank on an invisible rope stretching across the road. It generated a little attention, but not too much. Nick and Ricky didn’t let that deter them. They kept making prank videos, then expanded into challenge videos, producing 15 uploads that each netted a few thousand views.

Then they hit it big. In November 2016, they uploaded their first viral hit: 24-Hour Overnight Challenge In Target (below). The video netted millions of views — it’s currently sitting at just over 16 million — and the next month, YouTube paid out the boys’ very first AdSense check…for a whopping $20,000. That same month, Nick and Ricky crossed the 100,000 subscriber mark, and they haven’t looked back since.

Nowadays, they have 3.3 million subscribers and net around 20 million views on their flagship channel. They also have a side channel for personal vlogs that brings in an additional 10 million views per month. Unlike a few of our other Creators Going Pro featurees, who have changed up their content strategies over time, the Ireland Boys found their niche with their first video (which, by the way, recently crossed one million views). They’ve expanded a little, mostly into urban exploration videos via collaborations with folks like Sam and Colby (below), but their bread and butter is still pranks and challenges — and they wouldn’t have it any other way.

Now 16 and 20, Nick and Ricky are full-time YouTubers (aside from school) with a flourishing merch business managed by their parents. Right now, they’re gearing up to head out tomorrow for the start of their latest live tour, the SAVAGE Not AVERAGE Tour. They’ll appear tomorrow in Orlando, and between then and Sept. 27, will stop at an additional 11 cities for stops full of pranks, acrobatics like extreme trampolining, and more.

You can check out more info about the tour right here, and check out our chat with the brothers below.

Tubefilter: So let’s jump right in! We have to know: Did the two of you prank each other a lot growing up? Or how did you get into pranking?

Ireland Boys: Growing up, we didn’t prank each other too often, but as time went on, we definitely got more into it. A big part of this was frequently watching Roman Atwood on YouTube, who’s known for his pranks.

IB: YouTube was the platform we’d always watch together after school. We’d often come home and eat a snack while watching Roman Atwood, and soon enough we asked ourselves, “Why don’t we make our own channel?”

Tubefilter: This may be asking you to reveal a little of the secret sauce, but where do you get your prank and challenge ideas? Do you tend to follow trends on YouTube, or do you tend to be trendsetters?

IB: We’d say we do a little bit of both. If we see a really cool trend and we like it, we’ll hop on and put a twist on it to keep it our own and add a lil’ Ireland Boys Productions spice. We also try to keep thinking of new, crazy, creative, original ideas that haven’t been done before.

IB: The first year we did YouTube, we only generated $83, which wasn’t enough to break the $100 payment threshold from Google. So, we kept on working and posting videos to the platform, and soon enough it paid off. On Dec. 20, 2016, we received our first check from YouTube for $20,000.

Our first check outside of AdSense was from making our own merch, which we continue to sell to this day.

IB: We have done several brand deals and partnerships, along with getting some products to test. These came about from us reaching to different companies as well as companies reaching out to us. We now work with a network and personal brand manager, which both help with this.

Tubefilter: Do you have a production budget for your videos?

Nick Ireland: I think the first time I realized I was doing this for real and was a professional creator was the first time I got recognized from doing YouTube. Not from someone at my school, but legit someone I’ve never seen before saying they love the videos. I’m not sure when this was exactly, but sometime around November or December of 2016.

Ricky Ireland: When we were on the road trip tour in 2018 and had our first official meetup, where literally hundreds of people came out just to see us. That’s when I was like, “Oh snap,” and I realized the impact we have is REAL. It put real faces to all the numbers we’d see on the screen.

Tubefilter: Have either of you ever experienced creator burnout? How do you combat it?

Nick: Personally, I have a few times, and it sucks. I think the best way to combat it is to give yourself a day or so to rest and relax and then think about why you’re really doing content creation. If you think back to the basics of just having fun and making videos FOR FUN, and realize how crazy of an opportunity you have to literally get PAID to have fun…It’s crazy, and makes you appreciate what you’re doing so much.

Ricky: There have been times where I get tired and sometimes don’t “feel” like posting or being on social media for a period of time, but during those times, I am always brought back up by the fans who DM us, comment, and tell us in person that we have impacted their lives in a positive way. I think having a reason WHY you do what you do is very important. Our motto has always been to spread laughter and positivity to as many people as we possibly can, and I think that is why our channel continues to stay relevant and grow. There was always a bigger message behind our videos. The goal was never to make a lot of money or get famous — that just happened as a byproduct of being authentic and doing what we really enjoy.

Tubefilter: Do you have anyone working with you behind the scenes? Any employees? What about a manager or network?

IB: Currently, we have about eight people on our team, including ourselves. Our parents run our merch full-time along with another employee we hired. We edited pretty much all of videos up to this point, but just recently we got in contact with an editor we plan on hiring. We also have a personal brand manager to help us get brand deals, and are signed to Fullscreen, which helps with various things.

Tubefilter: What do each of you think are the most vital skills you possess as a creator?

IB: Our ability to be real, relatable, energetic, and entertaining definitely helps. It also takes a lot of skill behind the scenes, so you gotta be determined and focused if you really want it. We’ve done a good job on both of those.

Nick: We are going to continue to keep posting and growing and most importantly having fun with it. I think it’s key to take advantage of this opportunity while it’s at hand because I don’t think YouTube is going to be around forever. Along with doing social media I’ve been interested in doing music for some time. Sometime in the near future I want to be known for my music and not just YouTube.

Ricky: Recently, we have had the opportunity to take a behind-the-scenes look at a lot of other YouTubers’ operations and how they manage to take their YouTube channels and personal brands to the next level. We are in the works of expanding and hiring more employees to the team so we can focus on making content and really enjoying the process. We’ve learned over time that we can’t do everything and that delegating work and trusting people to do what they do best is a major key for the growth of our channel as well as individuals. I feel extremely blessed to have been given this opportunity to do what I love for a living, and I want to make the most of it while we have it!

The Ireland Boys are Fullscreen clients.

Creators Going Pro: Music-Focused Video Essayist Noah Lefevre Has Built A Career On YouTube Despite The “Daily Struggle” To Keep His Content Monetized

Creators Going Pro: Toddy Smith Publishes Debut Book ‘I’ll Give You A Dollar If You Consider This Art’