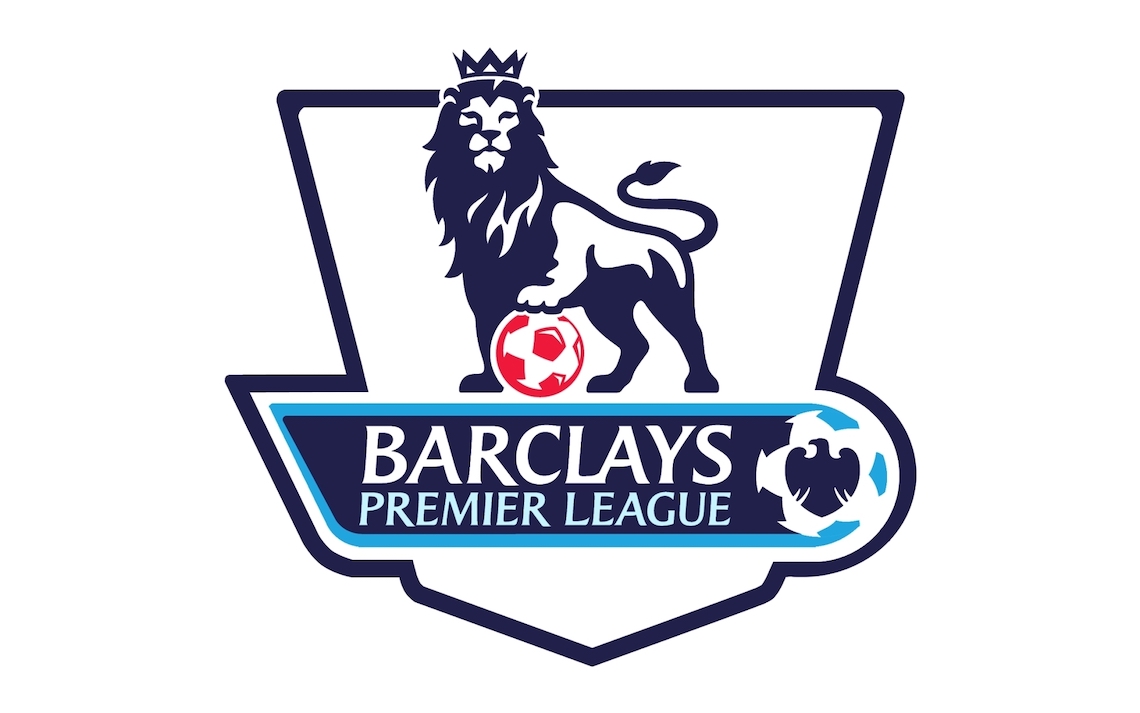 The English Premier League returned to action last weekend, and with that comes plenty of new social video content around all of the football (neé soccer for those stateside) action. While all 20 clubs are active across platforms like Facebook, Instagram, Twitter, and YouTube, some are more active than others. And perhaps to little surprise, that list largely reflects the typical standings in the Premier League, with a few tweaks. 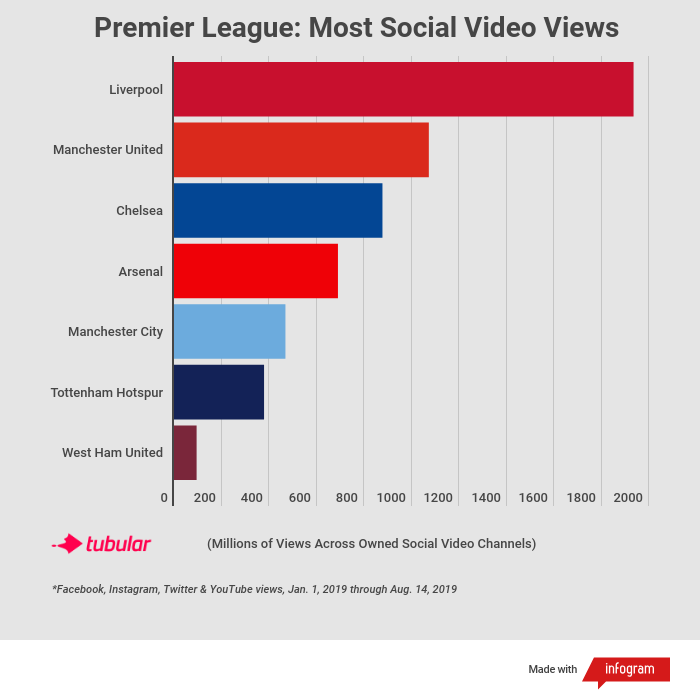 As you’ll notice in the graphic from video measurement company Tubular Labs above, Liverpool F.C. is far and away the leader with 1,935 cross-platform views from the start of 2019 through August 14. While the Reds have yet to take home the Premier League championship since its formation in 1992-93, they took home plenty of titles in the decade prior, and have generated a large and multinational fan base of support. Liverpool regularly maintains a place among the top 150 properties across all social video, with localized channels around the world as well.

A running theme for the biggest clubs is that they have plenty of budget for not only players and facilities, but marketing — including social video, which serves as a key method of communicating with fans both in-season and when they’re not playing any games (aka summer in the case of most soccer clubs around the world – save MLS). Liverpool, Manchester United, Chelsea, and Arsenal — the traditional “Top Four” with the largest fan bases both domestically and abroad — are the top clubs in terms of social video views here by a significant amount.

The next two clubs, Manchester City and Tottenham Hotspur, complete the modern “Big Six”; a dynamic that has existed for about a decade now. Those six clubs have taken home every Premier League championship but one since 1996. Manchester City, in particular, has won four in the last decade — yet still lag behind the Top Four just the same.

After the No. 7 club here, West Ham United, no one else has more than 71 million views in the last year. And unsurprisingly, the clubs at the bottom of the list are the ones that were either most recently promoted to the Premier League, or have frequently jumped back and forth between the top flight and the Championship (which is English football’s second level, which teams are being demoted to and promoted from every year). Since Premier League budgets are much larger due to TV revenues, the longer you’re at that level, the more money you’ll take home (and spend on endeavors like social video).

That was apparent once more in week one of this new season, as Manchester United has published three of the top 11 most-viewed social videos about the Premier League over the last seven days, led off by the highlights from the club’s 4-0 victory over Chelsea.

Much of the rest of that list was dominated by the Premier League itself and broadcast partner Sky Sports. However, Arsenal and apparent interloper Southampton F.C. also snuck in with highlights from their under-23 team’s surprise win over Manchester City.

Meanwhile, the Premier League itself found great success in week one sharing highlights around top goals. Half of the league’s 10 most-viewed social videos from the past seven days were about top goals, led off by this nifty shot from AFC Bournemouth (which has received over 2.4 million views and was called a “lovely tickle home” by the commentator). The rest were largely around “welcome back” messages for week one.

Will this year’s social video table mimic the actual Premier League standings? We’ll see soon enough. At least in terms of on-field results, the Big Six are once again favored to be your top finishers.