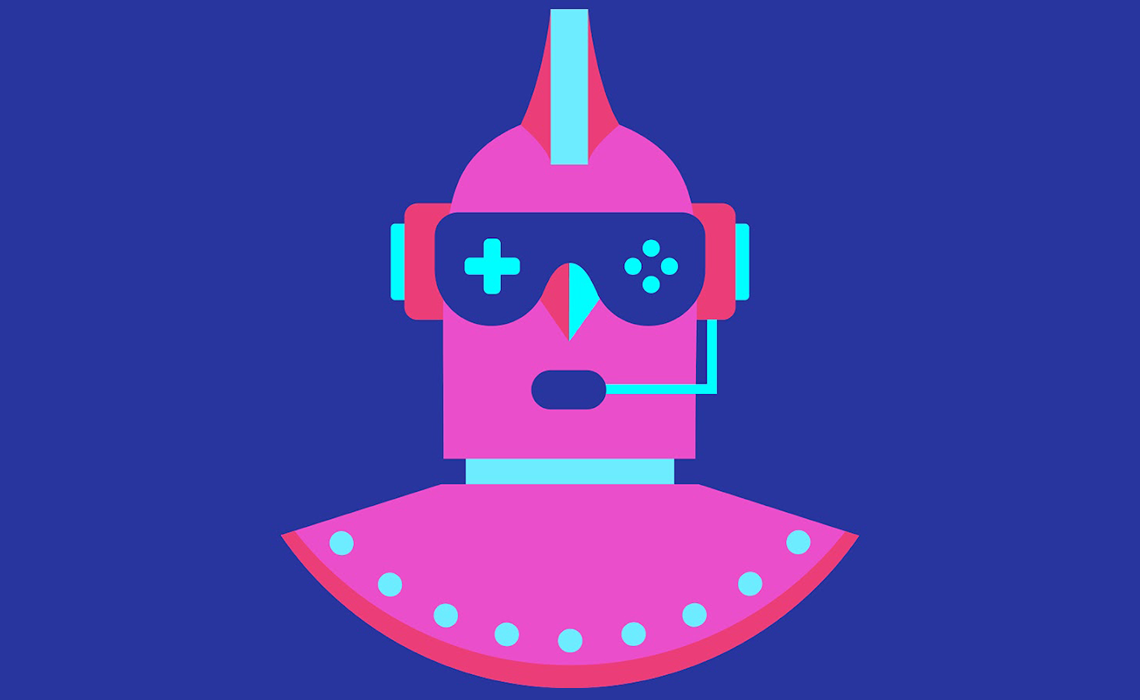 YouTube Millionaires: The Leaderboard Is Building An Inclusive Destination For Gamers Of All Sorts

The more than one dozen people who come together to produce The Leaderboard’s busy slate of programming all have one thing in common: they love video games.

The Leaderboard, which uploads multiple videos per week about already-popular and up-and-coming games, is helmed by Channel Frederator Network’s VP of programming and networks, Jeremy Rosen. He’s watched the channel grow from a small subsidiary hub of Channel Frederator — where it was meant to offer some content for the network’s gaming fans — into its own standalone entity.

Rosen says that in the past couple of years, the channel’s development has zeroed in on two key elements that make The Leaderboard stand out from other gaming channels: positivity, and being welcoming to casual gamers. The gaming space can be full of toxicity, from the sexism of Gamergate, to creators who build their platforms solely by posting negative reviews of games, to players who have a set of criteria people must meet in order to be “real gamers.”

In contrast, The Leaderboard’s content is all about genuinely enjoying games and other gamers, regardless of whether those players are hardcore Call of Duty pros or occasional Stardew Valley farmers. And that kind of content is what’s pushed The Leaderboard’s following up past one million.

Moving forward, The Leaderboard team is looking to expand with new hosts, launch a new channel or two, and host live events for subscribers to share in the love IRL.

Check out our chat with Rosen below.

Jeremy Rosen: When I took over running programming at Frederator, the channel had just gotten to 250,000 subscribers. A million has always been a goal for us, and it really accelerated in 2017. We’re all so happy to be here and continuing to grow. Our fans have been really good to us. We have a really fun comment section, get great suggestions from them, and know so many people by name now. In the next year, we want to make them and millions of other people laugh with us and love gaming even more!

Tubefilter: Tell us a little about how The Leaderboard came to be!

JR: You’re probably familiar with Channel Frederator Network. Back in 2015, Frederator wanted to expand the network into gaming, and The Leaderboard was originally started as a hub for that network. In 2016, we decided to change the channel’s role and make it a destination of its own.

In 2017, Darrian Mack joined the team to work on programming for the channel, and, while he’s now running YouTube for Nickelodeon, we wouldn’t be where we are without his vision for the channel. We tried out a bunch of new formats, played tons of new games, and learned that comedy is hard.

JR: It’s easily the best place to get immediate numbers on a host of data points and to make changes or course correct in a speedy way.

The market for gaming is massive — over $80 billion in 2017, by some estimates. There are a lot of ad dollars being thrown at gaming videos on YouTube, so it’s a good place to set up shop and get a piece of that.

We also felt like it’s a place where we could stand out and have something to say that’s different from a lot of other channels.

Tubefilter: You put out a number of shows and upload up to seven times a week, so things must be pretty hectic behind the scenes! What is your production schedule like? Who works on each show?

JR: We’ve cut down our upload calendar quite a bit in the last year, given changes to YouTube’s algorithm that basically show diminishing returns on daily uploads. We also, frankly, don’t want to burn everyone out.

We’re usually programming our channel about three months ahead of time, though our pipeline is capable of turning a video around within about a week if needed. We’re in a different position than a lot of other YouTubers, of course, because we’re a group of people at a smaller company.

The Leaderboard’s current mission is to talk about a handful of games frequently, another group of games somewhat less frequently, and a third tier where we can cover flavour-of-the-month games or experiment with other properties to see if they hit. We’re trying to talk about games all of us enjoy or are interested in.

The most hectic part of this is programming and producing for multiple channels. The team has to set up and strike two different sets now that we built one for The Leaderboard. It’s in the same small studio in our office where we film for our anime channel, Get in the Robot (hopefully you’ll be interviewing us for this column for that channel soon!), so filming schedules can get a bit tight.

JR: It really depends on what era of The Leaderboard you’re asking about. For the last couple of years, though, one key difference is that we always try to be positive. There is so much salty, angry discussion around gaming out there. If you want it, you can find that kind of thing and participate, but we’re not an outlet for it. Everyone here really loves gaming, and we all sat in a room one day and basically said we were tired of watching people be mad about video games.

We’ve also worked to improve representation and inclusion in our videos. That means a wider pool of hosts from different backgrounds than a lot of other channels out there, a pool of writers and editors of varied backgrounds, and specifically including more women in every aspect of production, programming, and hosting. There’s still much to be done in that regard.

Our programs also try to cater to gamers from casual to hardcore, but we don’t claim a space along that spectrum as being more appropriate than any other space. We are probably best for casual to hardcore casual players.

Tubefilter: Why is being an inclusive destination in the gaming space so important to you and the Leaderboard team?

JR: A lot of gaming spaces just aren’t and make no attempt to be inclusive. When we look around the office at the people who game here, and then look at the spaces dedicated to gaming on YouTube or Twitch, we don’t see a lot of channels that seem at all representative of most of us.

That can mean the purely demographic form of representation, which is part of this, but it’s also in the type of gaming we do. We have folks who are avid gamers, but very casual. We have others that are top-tier competitive players. And we have folks in between those extremes.

But we always want to be a place where you can share that enthusiasm in a positive way.

Tubefilter: When did you start noticing your audience really picking up? Was there one specific video or series that attracted a lot of attention? How are you growing your audience?

JR: 2017 was a huge year for us. We’ve definitely kept the 107 Facts format in our toolbox for the last couple of years, but we began to move away from the format in 2017. A real game changer for us was our Overwatch Then vs. Now piece that year, as well just moving more and more into personality-based videos, working with hosts more closely, and bringing more focus to what we cover on the channel.

A challenge we still need to solve is creating an evergreen format that’s not always dependent upon a tentpole release. We’re also definitely not as active on Reddit or Twitter as we could be. Stay tuned!

Tubefilter: Who’s behind the scenes of The Leaderboard? Introduce us to the team!

JR: Everyone in the New York office is a full-timer, but we also have a group of very talented freelance hosts, writers, and editors we work with.

Much of this same crew produces video for Get in the Robot, plus Channel Frederator and Cinematica.

We’re looking for an audience development lead, if anyone reading is interested!

JR: It’s just fun seeing an idea we throw around in the meeting room and all laugh about make its way to the channel and get hundreds of thousands or millions of views. We’ve spent a lot of time cultivating a community around this channel, and seeing people love what we make, the same commenters every week, and people sharing their love for games makes it all worth it. There isn’t really anywhere else that can happen other than YouTube right now.

Tubefilter: What’s next for The Leaderboard? Any plans looking to the future?

JR: We just finished a rebrand of the channel. We’re going deeper on games. We want to get our viewers into and interested in playing more games. You’ll be seeing new talent in addition the wonderful Sydney Gayle, Kyle Stover, and Mario Bueno. We’re looking forward to having a ton of fun in 2020. Keep your eye out for a live event or two from us, and maybe a new gaming channel or two!

You can add yourself to the ranks of The Leaderboard’s more-than-a-million YouTube subscribers here.