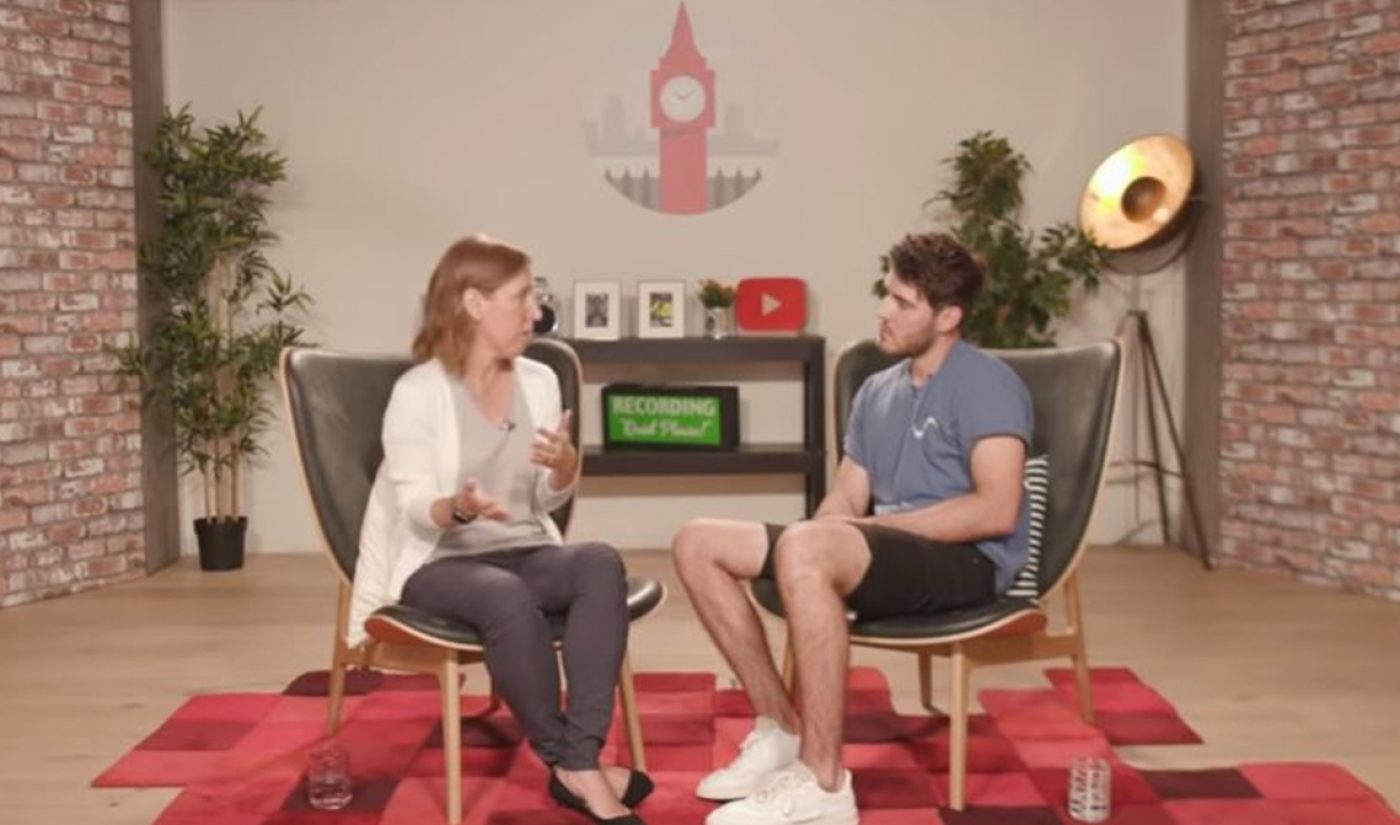 In honor of his 10th anniversary on YouTube, U.K. vlogger Alfie Deyes sat down with the video giant’s CEO Susan Wojcicki for a wide-ranging, hourlong conversation.

The interview covers multiple well-trodden topics, including demonetization and creator burnout, and was conducted while Wojcicki was on a family holiday across the pond, Deyes notes. The 25-year-old also clarifies that he provided her with his questions in advance of their sitdown. While YouTube’s chief business officer, Robert Kyncl, has previously sat down with creators like Casey Neistat and Caspar Lee to redress their concerns on camera, this is Wojcicki’s first time doing so.

Perhaps one of the most interesting segments of Deyes and Wojcicki’s conversation was the revelation that YouTube is readying a new policy that would seek to curb creator-on-creator harassment — an issue that was undoubtedly highlighted last month when Vox journalist Carlos Maza noted that the right-wing commentator Steven Crowder had repeatedly referred to him using homophobic and racial language. YouTube ultimately ruled that Crowder’s channel could stand, though it was subsequently demonetized.

That incident and others like it has led YouTube to reexamine its harassment policies, Wojcicki says, which she notes still don’t tow as hard a line as she’d like them to. When it comes to reevaluating any of its policies, Wojcicki says, the video giant typically initiates the process by speaking to both experts in the field and creators who say that they have been impacted by an ineffective policy. In terms of creator-on-creator harassment, it is currently in this stage — though she suggests that the final policy could go into effect by year’s end.

“Based on a lot of this expert advice, we try to figure out, can we crystallize into a description and a set of policies that can be enforced consistently?” she explained to Deyes of the process. “And then we will go to our reviewers and train them and see, if we give them 100 different videos, are they going to be able to make consistent decisions?”

She notes that harassment is a particularly tricky area given that other kinds of content — including music videos and humor — frequently features racial slurs or sexist language that, when used against a creator, could be considered harassment. Accordingly, the context of the video is incredibly important. A video solely dedicated to harassment, for instance, is different than one that contains isolated use of such language. Wojcicki also seemed to touch on drama channels whose content is largely predicated on criticizing creators and other celebrities, though she did note that creators should absolutely be able to comment on and criticize one another — which makes the issue even more fraught.

“Our goal is to enable our content creators to create valuable content that is beneficial for society — not to be getting their views by criticizing someone else,” she said, “and taking someone who is a celebrity, and having their whole content and channel dedicated to criticizing that celebrity.”

You can check out Wojcicki’s conversation with Deyes in full below. The creator-on-creator harassment policy discussion begins at the 33:22-minute mark.